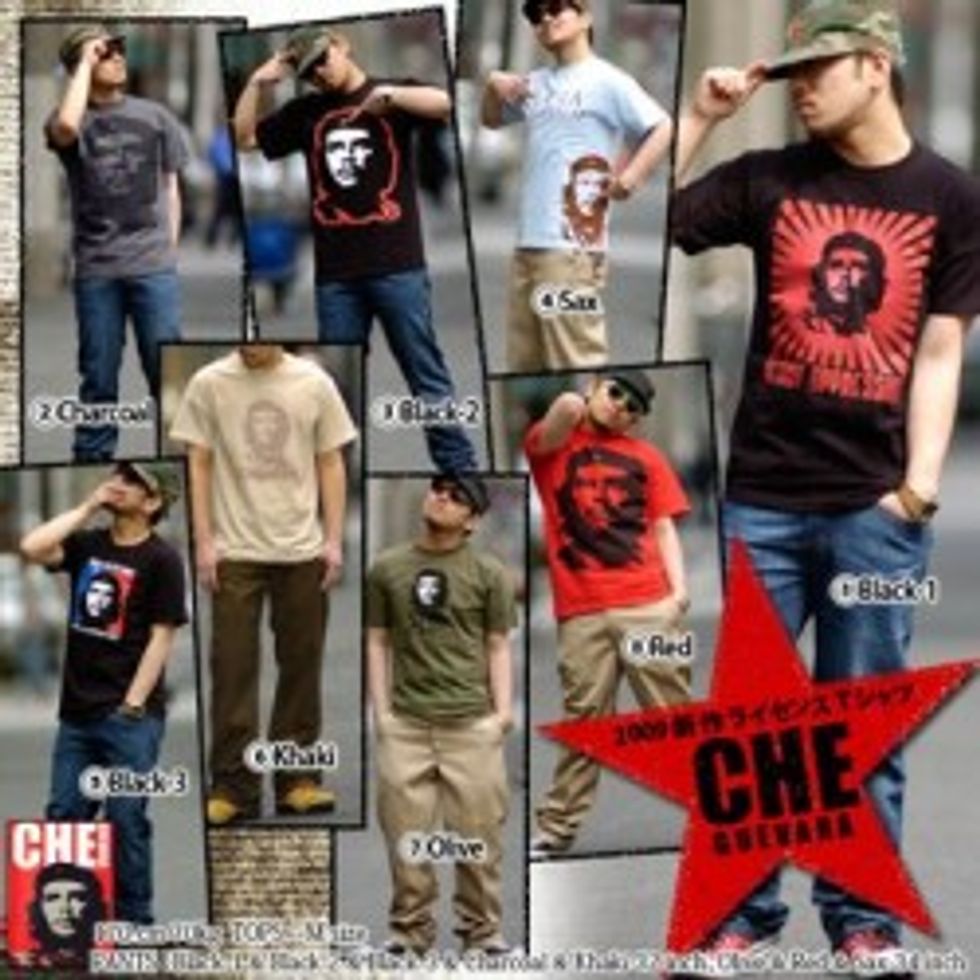 What is the real trouble with the Occupy Wall Street movement these days? Nobody is making enough money off it! Anti-corporate sentiment is finally hip enough to be mass marketable again, so you can all retire those Che Guevara t-shirts at last, hippies. You've got a new brand now! MTV is busilyproducing some slick "Life of an Occupier" reality teevee program to explore this exciting new youth "lifestyle trend" to fill air time between ads for glow-in-the-dark talking sneakers and anusburgers or whatever it is ad men think the dirty communists secretly crave between their bouts of outrage, and now Long Island couple Robert and Diane Maresca have filed paperwork to trademark the phrase "Occupy Wall St." for themselves, because it has killer brand potential.

From the Smoking Gun:

Asked if his move to stake a legal claim to “Occupy Wall Street” might be seen as a crass attempt to cash in on a movement that has a harsh view of corporations and capitalism, Maresca answered, “No.” Noting that he has a “practical business side,” Maresca added that, “If I didn’t buy it and use it someone else will.”

When he first checked the USPTO database, Maresca recalled, he discovered that a Brooklyn man had filed for a trademark for “We Are The 99%.” Still, he believed that “Occupy” would prove to be “a more powerful brand.”

True that we'd rather see this guy and his wife make a few bucks busily scribbling "Occupy Wall St" with sharpies on bulk quantities of Hanes t-shirts rather than rows of limp hoodies emblazoned with #OWS in sequins cluttering the Juniors racks at JCPenney, which will probably happen eventually anyway, but still..."ugh." [Smoking Gun/Observer]