Look, It's Another Republican Calling Bullsh*t On Dumb Obamacare Lawsuit 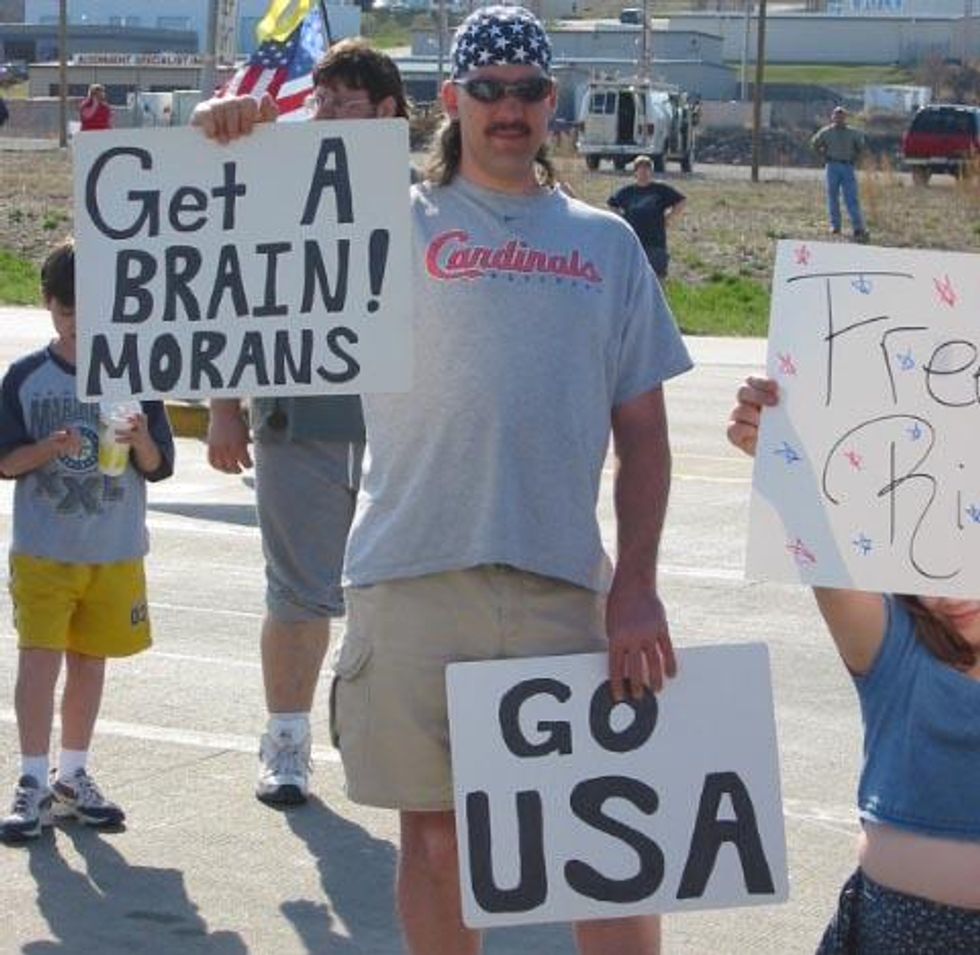 No one could have imagined that any state would be stupid enough or evil enough -- or both! -- to turn down free money to subsidize healthcare for people who need it. Literally, no one. Not even congressional Republicans who worked on the Affordable Care Act, while kicking and screaming the whole time about how it was going to murder all our freedoms and jobs and blah blah blah, whatever, turns out they were all WRONG. Because who would say, "No, I don't want your icky free federal dollars so the people of my state won't die"? And yet, here we are, on the verge of a decision by the Supreme Court about whether the law, which includes the words "established by the state," allows tax subsidies for states that refuse to establish healthcare exchanges, or whether everyone in U.S. America should be able to get healthcare somehow, even if Congress was all clumsy and stupid and sucks at writing laws with words in them.

But even Republicans know in their stank-ass rotted hearts that OF COURSE everyone in America should have access to healthcare, even those who have the misfortune of living in shitty states run by shitty Republicans. Because not even they could have imagined that would become, like, an issue:

“I don’t ever recall any distinction between federal and state exchanges in terms of the availability of subsidies,” said Olympia J. Snowe, a former Republican senator from Maine who helped write the Finance Committee version of the bill.

“It was never part of our conversations at any point,” said Ms. Snowe, who voted against the final version of the Senate bill. “Why would we have wanted to deny people subsidies? It was not their fault if their state did not set up an exchange.” The four words, she said, were perhaps “inadvertent language,” adding, “I don’t know how else to explain it.”

Gosh, former Maine Sen. Olympia Snowe, what an excellent question! Why indeed would anyone want to deny people subsidies? Maybe you should ask your fellow Republicans -- like, say, evil Florida Gov. Rick Scott. He's so damned sure he doesn't want dirty Obamacare dollars stinking up his state, he'd rather let people die.

Ah, but no one should ever underestimate just how evil Republicans can be. Certainly not a former senator who up and quit because she was just too darned not batshit crazy enough for her own party.

But making stupid points, like how people shouldn't be denied healthcare just because they live in a shitty state, is probably why RINO Olympia Snowe isn't in the Senate anymore. Because all real Republicans know that if Congress intended for the Affordable Care Act to help every single worthless American -- even the gross poor kinds living in liberty-loving paradises like Florida and South Carolina -- then Congress should have spelled that out in giant flashing neon lights, maybe also with some semaphore flags, perhaps some skywriting, so it would be really super fucking clear that not even Republicans would want to let other Republicans deny healthcare to Americans who need it.