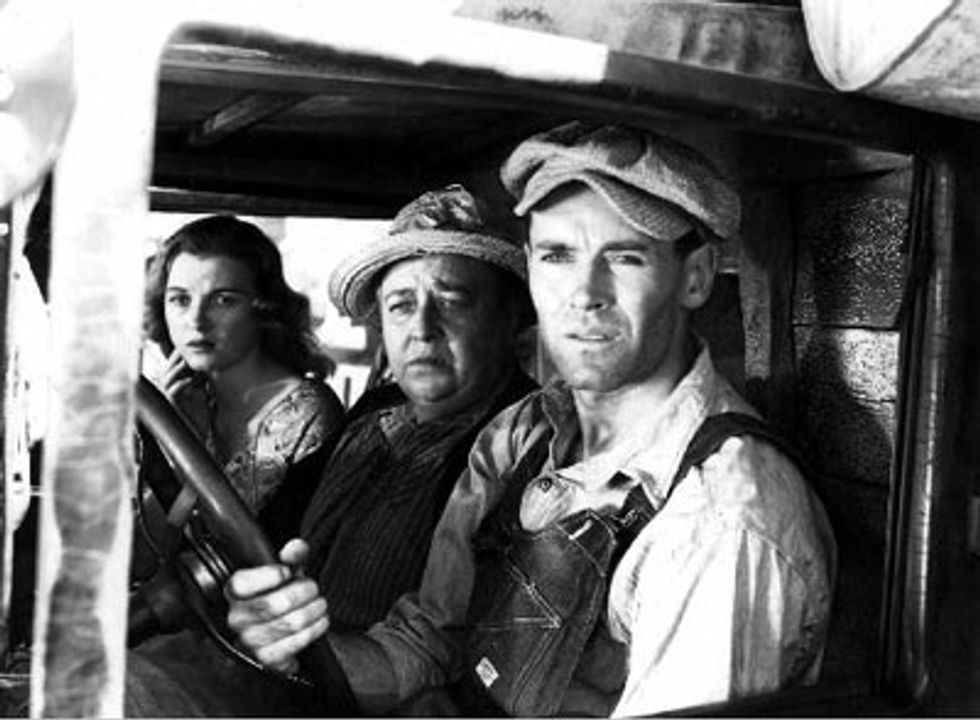 Remember that movie they made you watch in 6th grade, Charles and Ray Eames's "Powers of Ten"? It starts out one meter above a picnic in Chicago, then zooms out ten times, and out another ten times, and in three minutes or so, you're at the edge of the galaxy?

Jon Ronson has written a story that pretty much does that with income inequality in America. He starts by interviewing a Haitian immigrant in Miami getting by on minimum wage, then interviews a nice Midwestern couple who make five times as much, and so on, going up the wage ladder by powers of five until he talks to a dickhole billionaire who suffers Wagnerian levels of butthurt because all the lazy people below him have decided that, as a mega-rich guy, he's suddenly "an enemy of the state" for some reason he cannot fathom.

Ronson, author of the highly improbable but purportedly nonfictional The Men Who Stare At Goats, presents a lucid, thoughtful tour of the American income spectrum, six pointilist portraits of how some of us relate to money. At the near-bottom is Maurose Frantz, who works in the kitchen of a ritzy restaurant but has never even seen a customer. He dreams of making enough money to get the hell out of Florida. The nice folks in Ohio are worried about being able to pay for their insurance, but think Ronson, a Brit, just has to be lying when he says that not only is the National Health Service not collapsing, most British people are proud of how well it works.

And so on, up the scale; second from the top is a refreshingly class-traitor-y peach of a rich guy, Nick Hanauer, who got ridiculously rich by investing in this thing thought up by his pal Jeff Bezos called "Amazon.com." Hanauer, who frequently bursts out laughing like some kind of demented eccentric out of Dickens, believes that "the system he benefits so richly from is built on nonsense":

And the biggest nonsense of all, he says, "is the idea that because the rich are the smartest, and because we're the job creators, the richer we get, the better it is for everyone. So taxes on the rich should be very, very low because we're essentially the center of the economic universe, the font of productivity." Nick pauses. "If there were a shred of truth to the claim that the rich are our nation's job creators, then given how rich the rich have gotten, America should be drowning in jobs!"

Rich lucky guys like him don't create jobs, he says: The middle class does. Told that the nice Ohio couple can't afford to drive across the state for their anniversary, Hannauer exclaims, "It's not fair, and it's terrible for business. The best ideas in the world aren't worth jack shit unless you have someone to sell to."

Ronson ends with a portrait of loathsome fucktoad B. Wayne Hughes, who barely scrapes by on $625,000 a week and believes that anyone not as rich as he is just irresponsible and lazy. He believes that his success is all due to the secret of wealth (do good deeds anonymously) found in a 1939 potboiler, Dr. Hudson's Secret Journal. Oh, crap, now we ALL know! But it's entirely up to the individual to do good deeds -- taxation will destroy the magic and create parasites like all those "derelicts on welfare" that he's certain are filling America's hospitals because they're "bored" and "want feeding."

While Ronson's conclusions are perhaps less than earth-shattering (he notes that the billionaire "is the only one who seems angry about the politics of his situation"), they are illustrated with some telling details, and with narratives that might, just maybe, become part of the story that we're telling about wealth disparities in this country.* At the very least, in six short pages, he illustrates the astronomical distance between the grotty little planet where most of us live, and the economic Oort cloud inhabited by those with the most wealth. (And really, they could stand to tighten their Kuiper Belt a little...)

Also, here is a graph showing American distribution of wealth through the use of cats and a pizza.

* For a nice think-piece about why people so often buy into systems that perpetuate inequality -- the "what's the matter with Kansas" question -- check out this series by Crommunist, which may be, depending on your taste, deliciously brilliant or a big pile of tl;dr. We link, you decide.