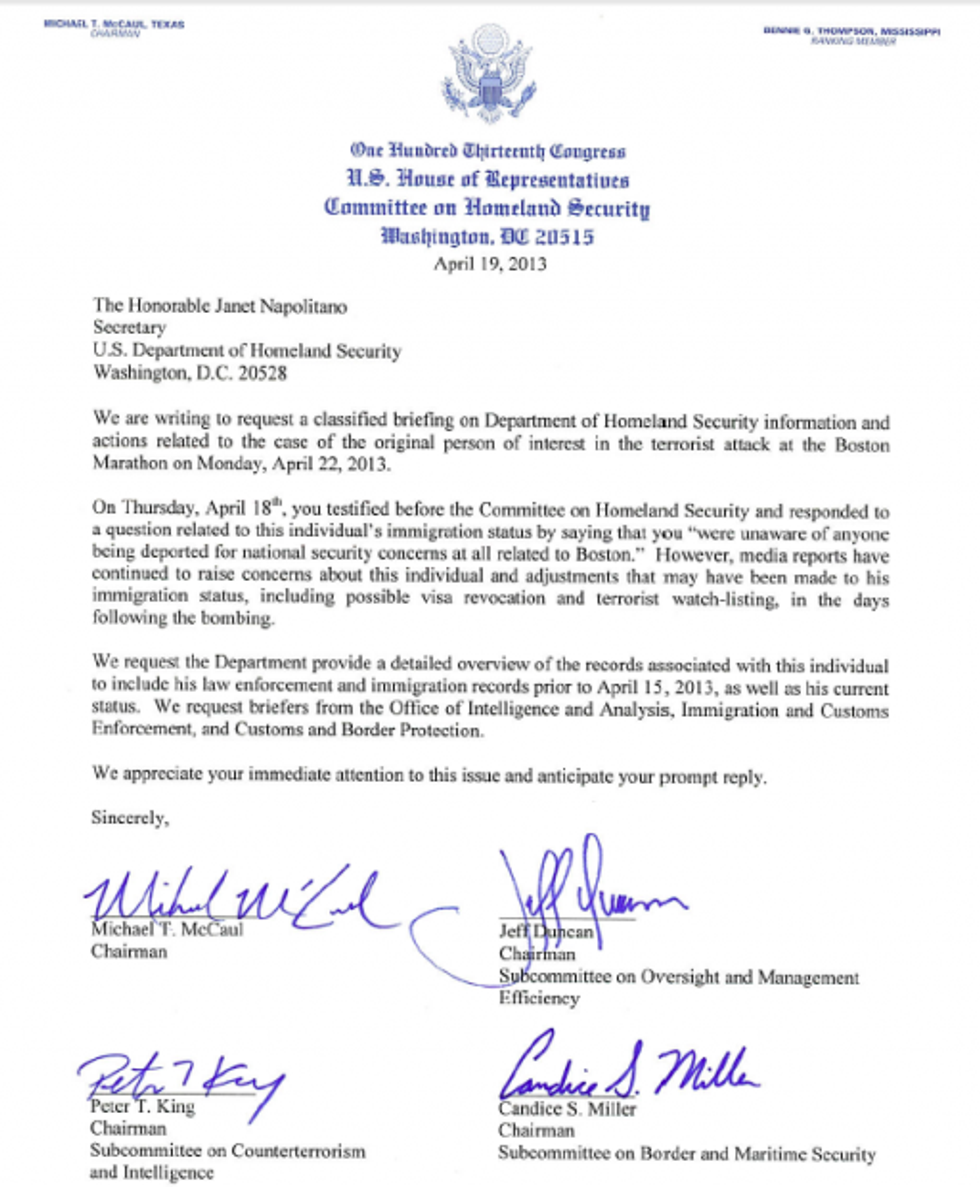 As the world waits on its tenterhooks -- which are surprisingly comfortable, and shaped liked a sofa -- for Glenn Beck to release his DAMNING EVIDENCE about the US government coverup of the SAUDI NATIONAL who has already been cleared in the matter of the Boston Bombing, we learn that Beck has at least four listeners. They are Homeland Security Chairman Michael T. McCaul, Chairman Jeff Duncan of the subcommittee on Oversight and Management Efficiency, Chairman Peter King of the subcommittee on Counterterrorism and Intelligence, and Chairman Candice Miller of the subcommittee on Border and Maritime Security, and they sound fun and not at all stupid!*

Here, they writed a letter:

"Media reports." Heh. The letter says "you said the Saudi guy wasn't in on it and wasn't deported, then how come GLENN BECK SAYS HE WAS, HENGHHHHHH??? Who are we supposed to believe, you or the guy who thinks Beyonce threw an Illuminati symbol into her Super Bowl halftime show???"

Thanks, GOP. Really, thank you. Thank you for gerrymandering all the state congressional districts so that the party that lost nationally by millions of votes controls the Homeland Security Committee and puts these guys at the top of it, and also the Science committee while we are at it, also too.

*Now do you guys feel bad for trying to shame us last week about still covering Glenn Beck?