Looks Like Russia Tried To Murder Somebody Over THE DOSSIER, So That's Shocking 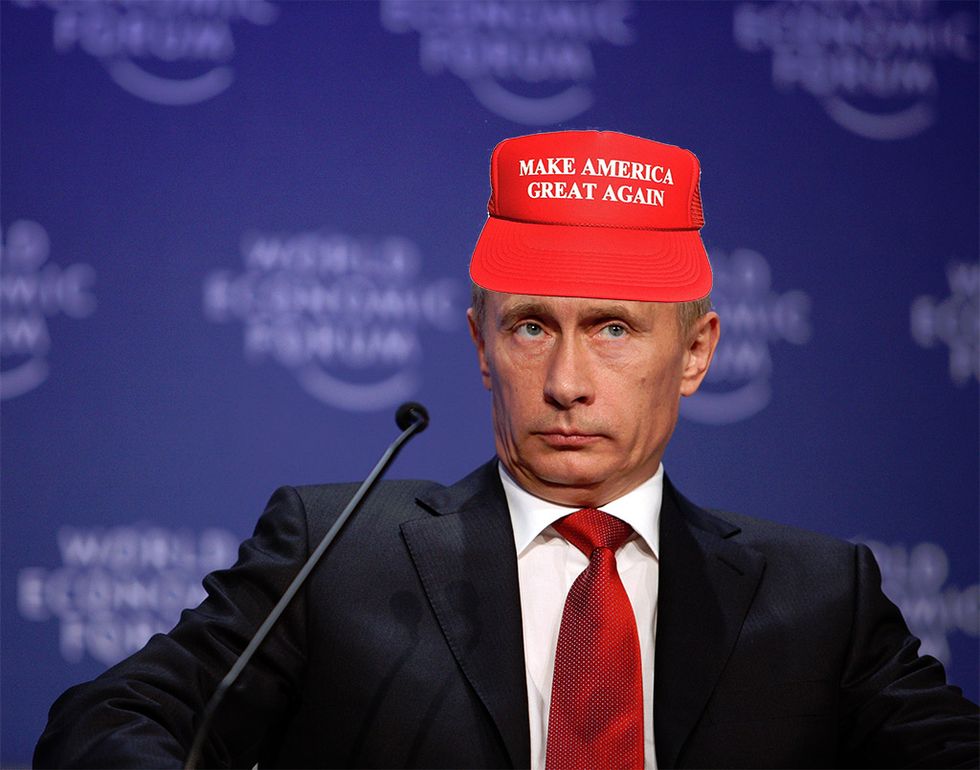 Ho hum, there is very surprising news about the garbage nation called Russia. Did you hear that a former Russian spy and his daughter were MYSTERIOUSLY POISONED in the United Kingdom? Well, Wonkette has concluded its investigation, and we're comfortable saying Fucking Russia did it, but we guess we'll wait for MI5 to officially weigh in before we issue our official findings.

The Telegraphreports today that Russia might have had a motive, like perhaps they wanted to off somebody who helped expose their international conspiracy to steal America for Donald Trump and Vladimir Putin:

A security consultant who has worked for the company that compiled the controversial dossier on Donald Trump was close to the Russian double agent poisoned last weekend, it has been claimed. [...]

[Colonel Sergei] Skripal, who is in intensive care and fighting for his life after an assassination attempt on Sunday, was recruited by MI6 when he worked for the British embassy in Estonia, according to the FSB, the Russian intelligence agency.

The Telegraph understands that Col Skripal moved to Salisbury in 2010 in a spy swap and became close to a security consultant employed by Christopher Steele, who compiled the Trump dossier.

It's not like Russia's ever done this to a turned Russian agent in the UK before, oh wait, there was that time they poisoned Alexander Litvinenko with polonium and British spy Chris Steele was the one who led that investigation at MI6.

The good news is that dude and his daughter are not currently dead. According to Keir Simmons on NBC News, Col. Skripal is "sitting up in bed and talking," so take that, you Russian shitbirds.

When Senator Dianne Feinstein pulled the badass move of releasing the full transcript of Fusion GPS co-founder Glenn Simpson's testimony to the Senate Judiciary Committee, we read that, according to Simpson's lawyer Joshua Levy, somebody has already been killed over the dossier. They tried to walk it back a little bit in later congressional testimony, but there's been a lot of speculation Levy was referring to Oleg Erovinkin, a KGB dude who served as chief of staff to Russian oil conglomerate Rosneft's CEO Igor Sechin (who is ALL OVER the dossier), who died of "heart attack" in his car in December 2016. Was it really a dossier-related murder? Unclear.

But even if Erovinkin's death was totally normal, no matter. Russia murders folks who know too much all the fucking time. (When they're not busy murdering gays and journalists and political dissidents, you know.) Want to deep dive into a long read you meant to start months ago but then forgot about? Check out BuzzFeed's six-part series on the Russian government committing murder in order to cover up its own crimes, "Poison In The System." It will occupy you for hours!

Here's another weird news item for ya: Remember Maltese Perfesser Joseph Mifsud, the dude who told Trump idiot George Perp-A-Derp-olous he and his sexxxy Russian lady friend had lots of sexxxy Russian dirt on Hillary Clinton? He's big buddies with Sergey Lavrov, who is kind of the Sarah Huckabee Sanders of the Kremlin, if the Shuckster had wizard powers! (Lavrov is also a big star of the DOSSIER!) Anyway, Perp-A-Derp got so excited about this that he drank one million Fireballs and made out with an Australian diplomat while telling the diplomat about how he got a "preview" of how Russia was going to bone the American election for Trump.

Welllllllll, Mifsud is missing. Has been for a while.

All we know is if Anastasia Vashukevich AKA Nastya Rybka, the Belorussian sex worker currently in a Thai prison who says she can spill ALL THE SHIT on Trump-Russia conspiracies, ends up dead, then ... well, that'll just be another example of Russia committing murder to cover up its tracks!

Because Russia does that.

Because it's a garbage country and Vladimir Putin is a piece of shit and that's why your president Donald J. Trump is so fucking gay for him, the end.