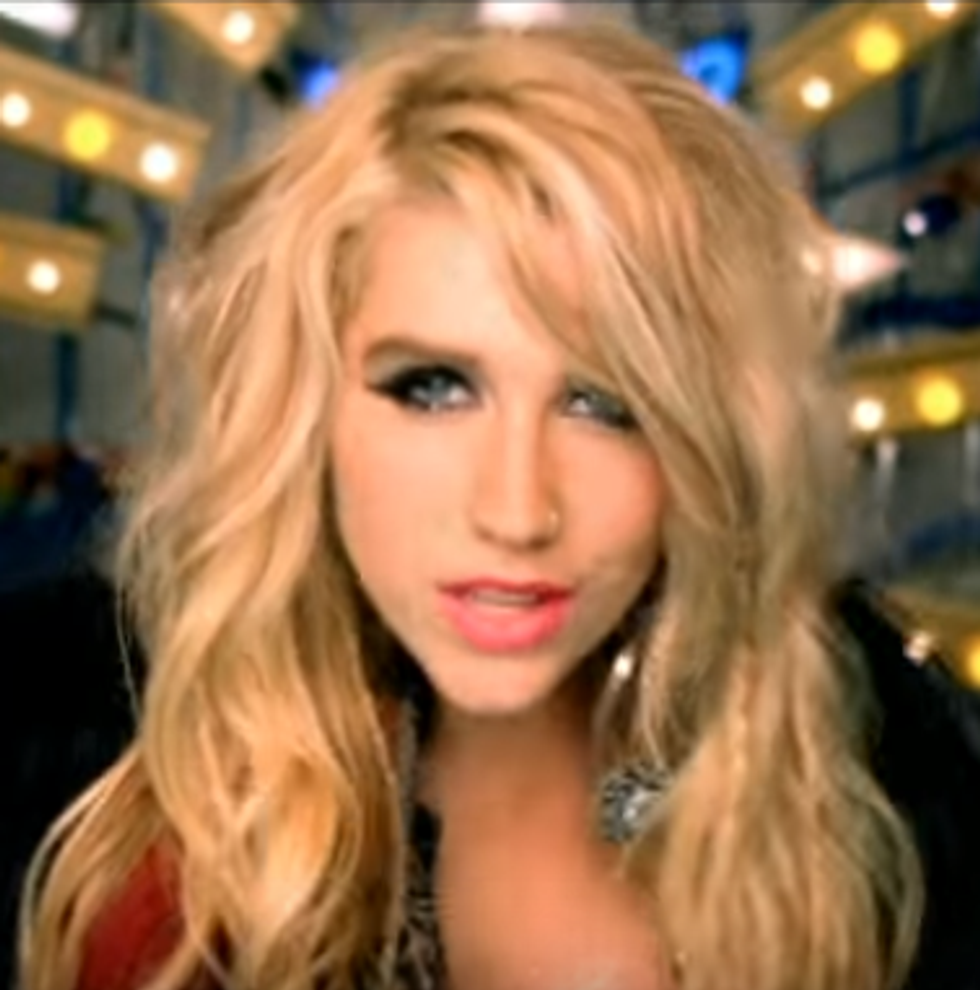 [contextly_sidebar id="CeqigCkRMoCBArWfK9dU8AUsqmOsJP8F"]Greetings, Wonkers, it is time for your Wednesday Wonkette Dance Party, where we have the songs and the music and the dancing! And as per tradition (which started last week), we like to lead off with a story that's in the music news and OH GOD have you been following this Kesha story? Basically, the singer alleges in a lawsuit that her longtime producer Lukasz "Dr. Luke" Gottwald "sexually, physically, verbally, and emotionally abused [her] to the point where [she] nearly lost her life." Serious stuff.

Understandably, she's not too keen on hopping back in the studio with Dr. Luke to give Sony and its imprint Kemosabe Records (which he runs) a bunch more Kesha music, but unfortunately she's contractually obligated. More unfortunately, New York Supreme Court Justice Shirley Kornreich took pity on the man accused of rape, and also poor little Sony, and denied an injunction that would let Kesha actually make music with other producers and labels.

There are a hell of a lot more details, and if you want to dig in, start with this 'splainer, but suffice it to say shit is fucked up. HOWEVER! Dr. Luke will reportedly be suffering at least one consequence:

Sony Music is expected to end its working relationship with controversial producer Lukasz “Dr. Luke” Gottwald a year ahead of his contract’s expiration, knowledgeable individuals have told TheWrap.

The output deal has become a public relations headache for the company since pop star Kesha’s sexual abuse allegations against Gottwald have resulted in a nasty court battle — and a groundswell of support for the singer from influential fellow artists like Adele, Lady Gaga and Kelly Clarkson.

And also Taylor Swift, who gave Kesha $250,000 in human American dollars to support her fight.

“There is no contest. Kesha has no case in regards to her contract but they can’t afford the Adeles of the world out in the streets calling the label unsupportive,” one individual familiar with upper management’s thinking told TheWrap. “The fact that this hasn’t already been taken care of with Luke is confusing, especially for people in the building.”

OH POOR SONY, having to deal with really famous lady singers acting like the label is supporting a rapist or something, can't imagine how they got that idea.

So now you're caught up on that!

Now we will, as usual, spin the iTunes shufflin' wheel and post the first 10 random songs that come up, we will listen to the songs, and you will dance by yourself in your mom's basement, like you do. And oh look, our iTunes has chosen to embarrass us by kicking things off with Carly Jae Jepsen. FINE, WE LIKE POP MUSIC, DEAL WITH IT:

And here are your groovy tunes:

And here is us, writing the last line of this post, LOVE YOU BYE.

[The Wrap / Rolling Stone via Consequence Of Sound]