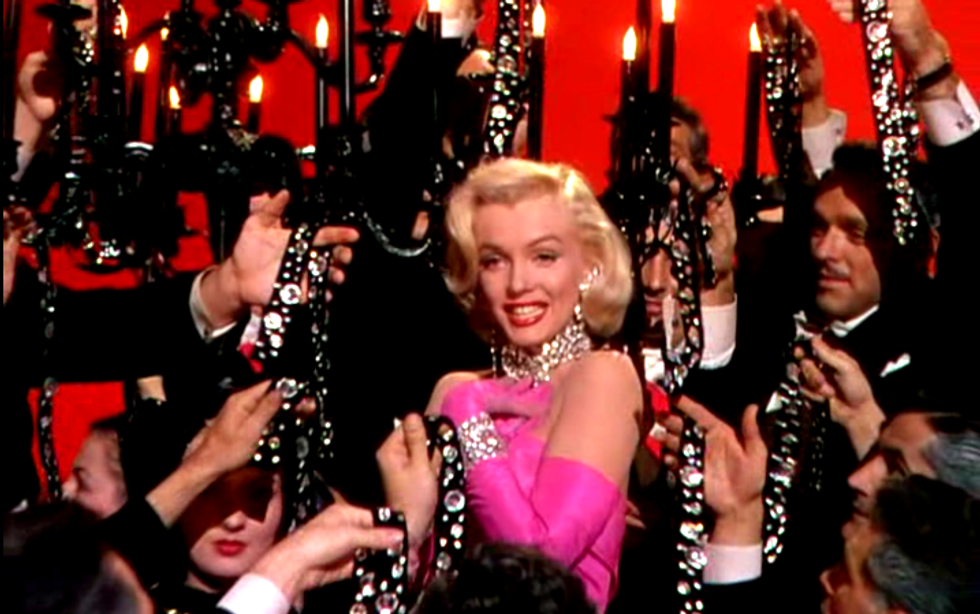 It's been a while since we checked in on the internet's most pathetic "pick-up-artist" Roosh V and his Return of Kings gang. The regular news is so frightening and bizarre, I haven't really felt the urge to do too much of a deep dive into even more disturbing waters. But this shit was too goddamned funny to pass up.

First off, we've got "aspiring philosopher king" Max Roscoe, who recently penned an article over at Return of Kings titled "Why Do We Push Women To Choose Career Over Family?" Much as it is exactly what you would expect, it is so, so much more.

In addition to the usual kvetching about how it would be like, way better for men like him if they didn't have to deal with women wanting careers, but rather were constantly available for sex and childcare, Roscoe also discusses the ways career gals have sapped all meaning from jewelry.

You see, he recently read an article about how stores like Tiffany & Co. are now catering to "the self-purchasing woman," i.e. women who, instead of waiting around for a man to buy them jewelry, go ahead and purchase what they want themselves. This is bad because jewelry is supposed to be a way of demonstrating that you have successfully pleased a man:

As the journalist states, women are tired of waiting around for a man to buy her something because she deserves it (earning it) and instead are making these “just because” purchases. In other words, putting forth the effort to attract a man for more than a couple of weeks, or showing him affection and care and devotion, is too difficult for her, so she decides to reward herself with what society has always deemed an outward sign that a woman is successfully pleasing a man—jewelry.

And that is cheating! As a result of this, jewelry is just not as valuable anymore.

Ironically, this removes most of the underlying value of the jewelry itself. Apart from being semi-rare, the main value in jewelry is not in its underlying mineral content, but in the romantic sentiments that go along with said gift. There is both a financial and emotional value attached above and beyond the base value of the metal or stone.

Diamond engagement rings have a far higher markup than other precious stones, because of their emotional connotation to a marriage or engagement. I don’t really care about the silly trinkets women want or use, but the point is, they do, and they are destroying their intrinsic value.

Clearly, this is an "everyone gets a trophy" thing, and if these selfish women knew what was good for them, they would come by their jewelry honestly, by providing exemplary blow jobs to sad men who write stuff on the internet about how they would prefer that women not have jobs or be educated.

Roscoe makes this clear in the next part of his essay, where he explains that women would be better off having babies and earning their jewels the way god intended rather than having careers and getting educated. Why "we" even bother educating women is just beyond him, given that women are not as good at doing jobs as men are. He's been thinking about this a lot, after having watched this video by Return of Kings's Roosh V, titled "Why are women being educated?"

In the video, Roosh discusses a recent incident where he was sitting in a waiting room (NOT TO GET TREATED FOR SYPHILIS, MIND YOU) and saw a girl he found attractive who was -- GASP -- studying! And she was not good at studying like a man would be, because she also had her phone out. This made Roosh sad for her. Because instead of studying, which she was clearly terrible at, she could have been having his babies and making a home for him, for some other man.

He doesn't understand why women even need to be educated beyond an 8th grade level, or learn anything other than how to read and write so they can raise children. He's pretty sure no one can explain this to him without talking about "feelings," which are stupid. Unless your "feeling" is that you deserve a woman to serve you.

He then goes on a whole rant about how educating women has ruined everything, because now men have to try real hard and learn "game" in order to put their penis inside a woman, whereas that was not the case before. And his grandpa had four wives and a bajillion kids, and he is 37 and does not have any kids, because mean women keep getting educated even though that is not at all what he has deemed one of their three primary purposes in life: reproductive sex, child-rearing and homemaking!

Roosh has been on this trip before, of course. We previously discussed a rant he went on about how educating women in other countries is a vast conspiracy to deprive him of a suitable wife.

The sentiment at the heart of all of this is practically self-deprecating -- these men are all but admitting that they can't attract a woman in a day and age when women are educated and don't need them to buy them fancy lady trinkets. They'd like to think this is just as bad of a thing for women as it is for them, and so they spend all their time talking about how much happier we'd be if only we'd behave as they'd like us to behave. It would sort of be like me writing an essay about how much happier everyone in the world would be if only they would each give me a thousand bucks.

In another recent video, Roosh explains that women who wear chokers (like, the necklaces) secretly want to be "trained" and have a master, like dogs, because they know, in their hearts, that this is their place. He then shares his hope for a future where men can treat women like the dogs they are, and where the dumb laws are changed in order to allow men to "discipline" them:

Oh man, it's so weird how these guys don't have women lining up to have their babies, yet guys who do not treat women like dogs and are not douchebags are having functional relationships with women -- even women who buy their own jewels! You would think that these Red Pilled fellas, who know so, so much about what we really want, would be having the best relationships on earth, and all of the babies. But for some strange reason, they're just hanging out in their mom's basements making YouTube videos and writing essays about how much better the world would be if women were dumb enough to fuck them.