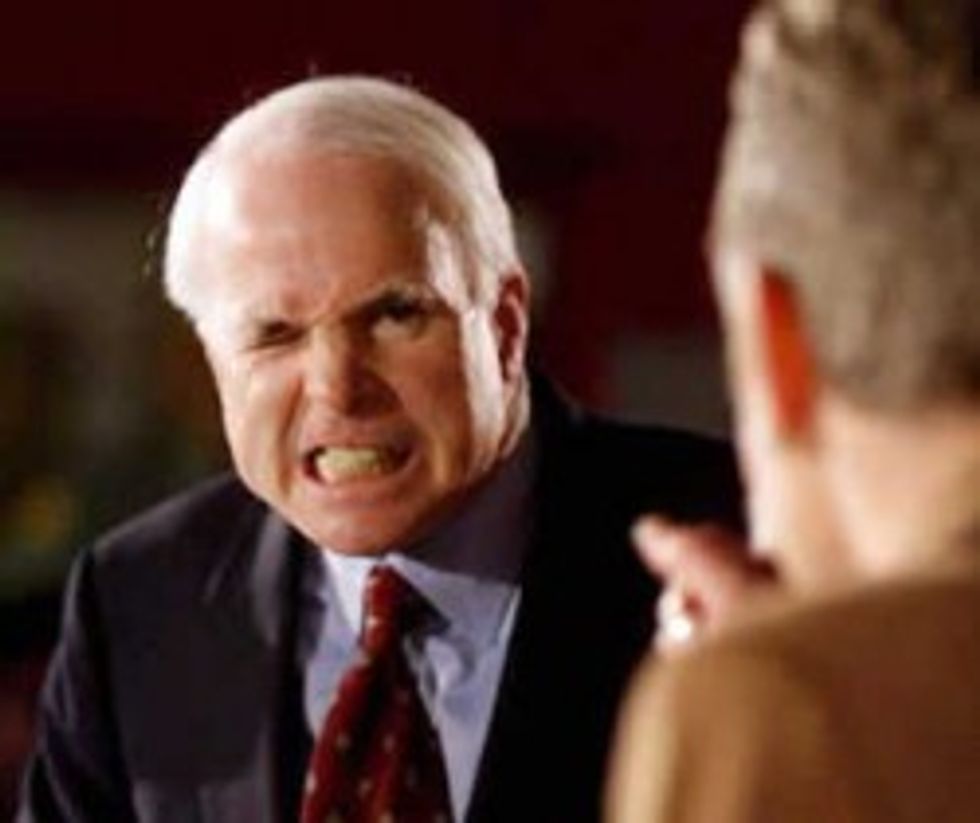 After Obama's quashing of lapsed aisle-straddler John McCain in 2008, people apparently thought this loser and winner could come together and do great things, as if the election were a tie or something, as if this were post-Blair England and the leadership options were so bad that the options had to band together in a coalition of mediocrity. People (Rick Santorum) apparently thought there was a place for McCain in Obama's icy, aloof heart. But actually there was not ever, because Obama was and remains as previously described. Still, new scandals (that isn't true) are coming to light, namely that McCain feels he was snubbed by Obama following the election. Snubbed! This is truly shocking. OUR OBAMA, snubbing someone?

In an exclusive interview with the Hill, McCain said (no clue what the question was, but probably, "Can you say something rude about the president?"):

Let’s get real here. There was never any outreach from President Obama or anyone in his administration to me.

Dude the President does not reach out TO ANYONE except Osama Bin Laden. Get in line! A line to nowhere.

So basically McCain denied claims that he rebuffed Obama following the election. In the words of ye Hill:

He said he expressed eagerness to work with the president on immigration reform and the line-item veto, but has been left out in the cold.

This despite the fact that experts (fine, Rick Santorum) described McCain as clear winner Barack Obama's "ace in the hole."

Oh, and this is good. Apparently Obama invited McCain to the White House in 2009, and McCain responded, "I'd love to join you," and then he...

never heard from him.

Apparently Obama had been impressed by an op-ed that McCain had written following the Gaby Giffords shooting.