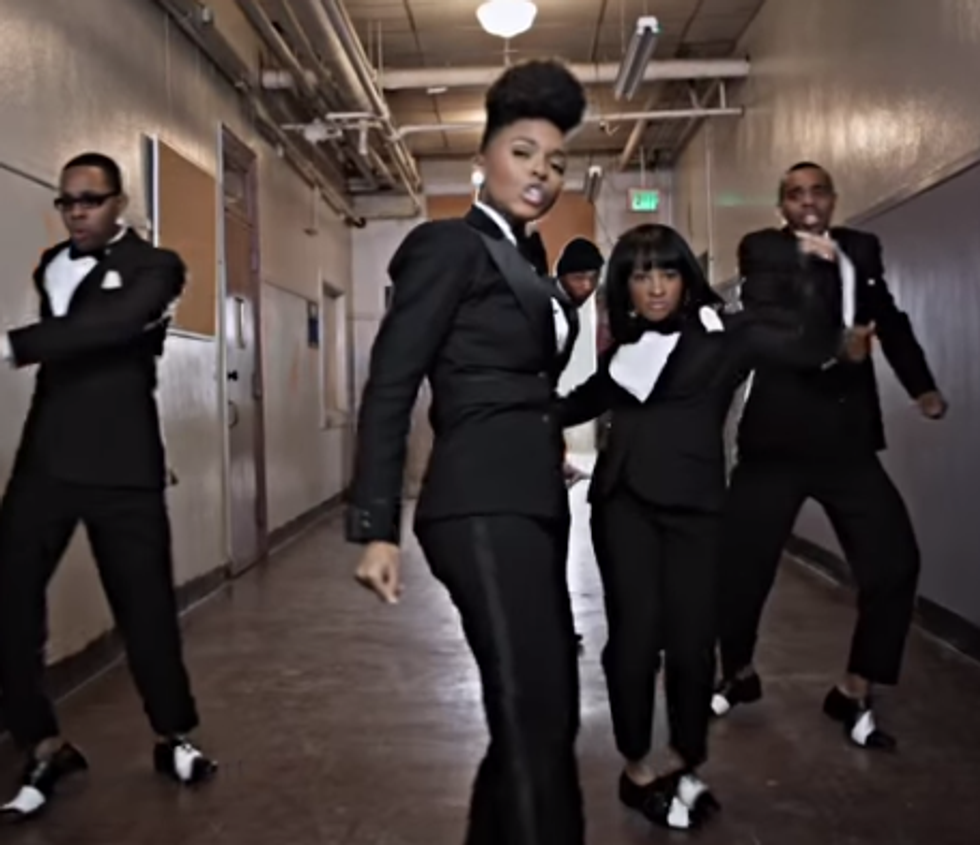 Priorities! Carroll High School in Monroe, Louisiana, has them! Claudetteia Love is 17, she is a top honors student headed to college on a full scholarship, and she would like to go the prom with her friends. She would also like to wear a tuxedo, because that's what she's most comfortable in. All of this is great, except for the fact that she is a damn lesbian, and they just don't take kindly to that sort of thing in MON-roe (spelled phonetically for non-Southern readers, for future reference):

The school says it's simply a dress code, but Carroll High School senior Claudetteia Love said the prohibition is more about her sexual orientation than her fashion choices.

According to Love, Principal Patrick Taylor has pulled right out of his bayou ass a policy that says that girls must wear dresses to the prom, essentially arguing that "boys have a penis, girls have a vagina." Apparently this is important to people, somewhere, because the only fitting finishing accessory for a tuxedo is a good old all-American penis.

But Love's sister Mignon says she heard teachers talking about it, and apparently it was all rude comments about her sister's sexuality, BIG SURPRISE.

The good news is that the local school board president, Rodney McFarland, is doing his part to smack down the dumb principal, and he's tattling to the superintendent. McFarland notes that this is discrimination, plain and simple, says there's definitely not a No Tuxes For Lesbians rule, and that "you can't just go making up policies." But, but, but, yes you can. Indiana and Arkansas totally just tried to make up policies that say that wingnut photographers bakers and photographers don't have to shoot or frost gay weddings, but Big Gay smacked them down too, haha.

Love tells USA Today that she's fighting for this for the sake of younger girls who will come after her and face the same stuff. Prom discrimination against lesbians has certainly happened before! Several years back, in neighboring Mississippi, a group of asshole teenagers created a fake prom to keep student Constance McMillen from attending the REAL PROM with her girlfriend. In the end, of course, McMillen won, because she got to go on the Ellen Show, and all the rest of the students who were mean to her are still humping their sisters in Northeast Mississippi. Our advice to Ms. Love is to STAY BY YOUR PHONE, especially since Ellen DeGeneres is from Louisiana too.

When we say "honor student," we should be clear that Love is, like, a super-duper honors student, not just one of those regular people who's kinda smart and gets put in advanced classes:

Last year, Love was one of a group of students presented in a Monroe City School Board meeting as part of the school's high-achieving medical magnet program. In a school that has a failing school performance score, Love is one of the academic superstars. She will represent the school at the annual Scholars' Banquet, an event for the top students in Ouachita Parish.

We do hope this gets resolved and Claudetteia Love gets to go to her prom, wearing whatever she wants to wear. And if not, meh, fuck prom. Go to college and be a bad-ass.