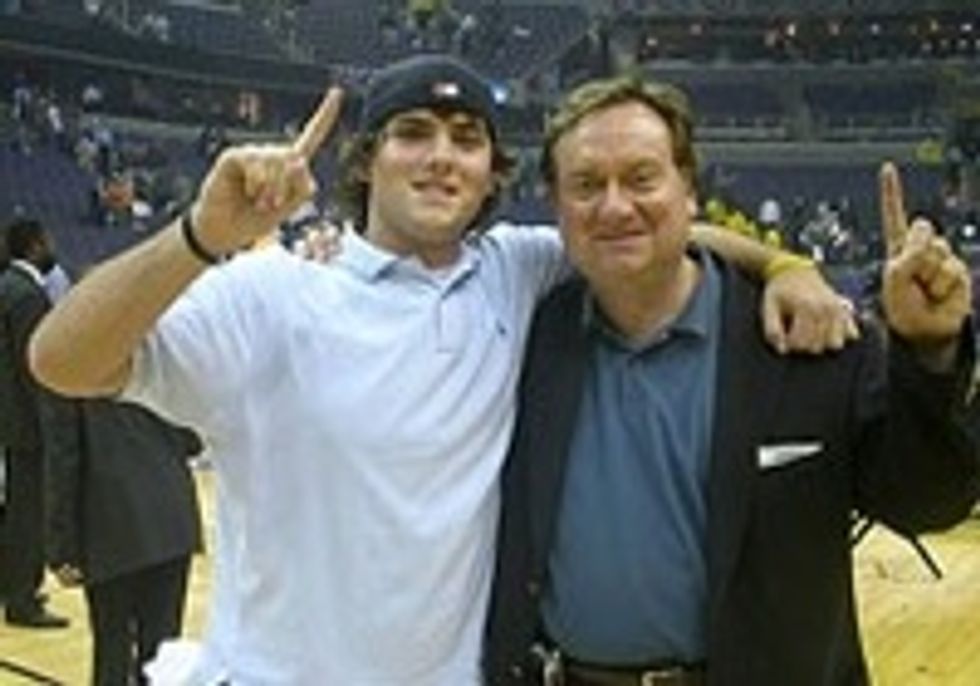 Ha ha ha Luke Russert, NBC's Official Young Persons Correspondent, apparently made a terrible slip this morning and said "the smartest kids in the state go [to UVA], so it's leaning a little bit towards Obama," which was a terrible insult to all the remedial readers at the University of Virginia who will also vote for Obama. Naturally, an apology was in order.

Here is what he wrote on First Read:

Earlier this morning on the Today Show I misspoke and made what is without a doubt, quite simply a dumb comment.

Matt Lauer talked about UVA being a smart school and whether or not it could be considered a microcosm of Virginia at large. I said UVA had a lot of smart kids and so the school was leaning Obama.

I MEANT to say that many of the kids who go to UVA are from affluent, highly educated households who are leaning Obama and hence their kids lean Obama. Plenty of smart college kids will vote for John McCain from UVA, and plenty of smart kids go to Virginia Tech or George Mason and they, too, could end up being big Obama voters.

Today was one of my first lessons in the perils of live television...lesson learned.

Here is the video of Luke Russert saying that incredibly offensive thing about smart people. It comes at the end, if you can bear to watch the whole thing.