Magic Ladyparts Expert Todd Akin Would Like To Try For Senator Again, Yesssssss! 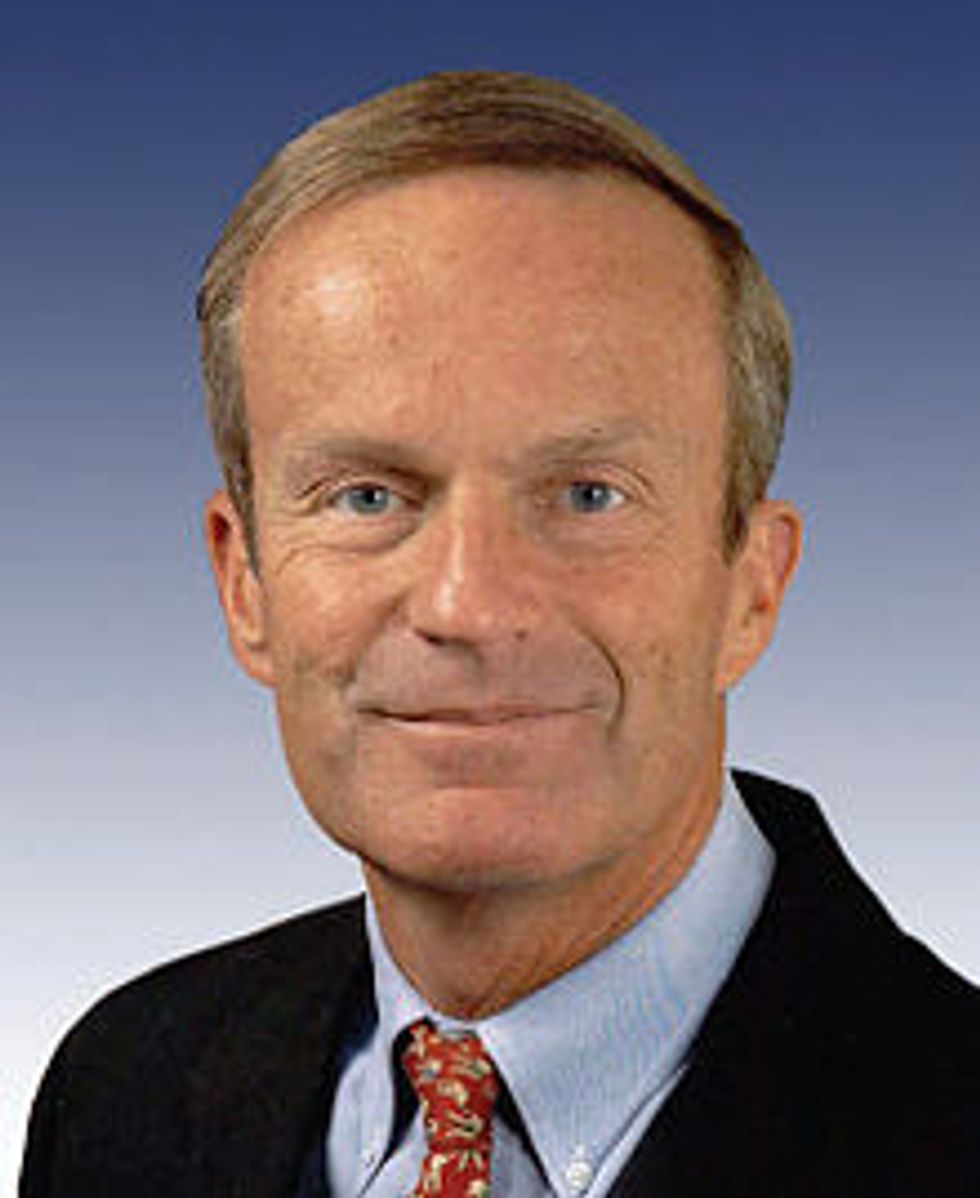 Todd Akin -- the former Missouri representative, failed senatorial candidate, and expert on how ladies have magic vaginas than can detect and deflect "legitimate rape" sperm to prevent pregnancy (right, THAT guy) -- is not going away. Sorry, Republicans, we know how you wish he'd just delete his account and shut up forever and stop making you SOOO embarrassed, but nope, not gonna happen:

Todd Akin is considering a primary challenge to Sen. Roy Blunt (R-Mo.) in 2016.

“I have not ruled anything out,” the former congressman and 2012 GOP Senate nominee told The Hill in a phone interview on Wednesday.

“I think there is a high level of dissatisfaction among conservatives, that they have to some degree been pushed out of the Republican Party,” he continued. “The sentiment is there. The Tea Party is skeptical and wants some fresh blood, not just the same establishment guys.”

Akin was never a very popular guy within the Republican Party, even before he made the entire country point and laugh at him when he officially surrendered in his 2012 race against Democratic Sen. Claire McCaskill. Let us savor the moment once more and say it all together now: "If it’s a legitimate rape, the female body has ways to try to shut the whole thing down."

Ahhhh, good times. The whole Republican Party had to awkwardly distance itself from Akin, even though all those guys agree with him that ladies should not be allowed to do 'bortions, and most of them lie about "rape," and what the hell is a vagina anyway? So fantastic was Akin's failure that it led to the immediate coinage of the industry term "An Akin Moment," commonly used among Republicans of the consultant variety to remind GOP dudes not to say super stupid shit about rape because for some strange reason, lady voters don't like that. Strange!

Akin has never stopped believing he was right all along. Immediately after having his ass gift-wrapped and personally delivered to his home in that 2012 election, he started explaining why Republicans are a bunch of loser idiots for not running on a more extremist platform like he did, because that worked out really well for him.

He even "wrote" a "book" in 2014, insisting that he was not wrong about his fascinating pregnancy prevention theory because it says so on The Google:

My comment about a woman’s body shutting the pregnancy down was directed to the impact of stress on fertilization. This is something fertility doctors debate and discuss. Doubt me? Google ‘stress and infertility,’ and you will find a library of research on the subject.

He also insisted that he "was the target of a media assassination" just for saying that thing he said, and even if he kind of apologized for it at the time, that apology was a mistake because he was right all along and was bullied into saying, "Oops, sorry about saying that, I shouldn't have said that" by the murderers in the media. Plus, he was "aggressively attacked" by his fellow Republicans because they refused to defend him and instead begged him to get out of the race, pretty please, so they could replace him with someone not quite so humiliating to the entire party, even though we are pretty sure those kinds of Republicans are pretty hard to find these days.

Which is why Akin will now seek his revenge on his fellow Republicans by maybe teabagging the state's sitting Republican senator, because that'll teach the dumb GOP establishment and ungrateful Missouri voters that Todd Akin will NOT be ignored.

Dear god, please do send him one of those messages you only send to Republicans for some reason that yes, he should DEFINITELY run for office again, because we love watching Republicans squirm. Another Akin campaign would make things sooooooo awkward for Republicans, who certainly don't want him running around reminding everyone of that 2012 unpleasantness, or that they still haven't learned how to not say stupid shit about rape. (Heck, some GOP bros in the West Virginia House of Delegates had a swell discussion about "legal rape" earlier this month. Just to pick a random example.)

So Akin II: Revenge of the Todd? Even more GOP civil war? Yes we'll take that, PLEASE. In fact, we could not be more excited. Legitimately.