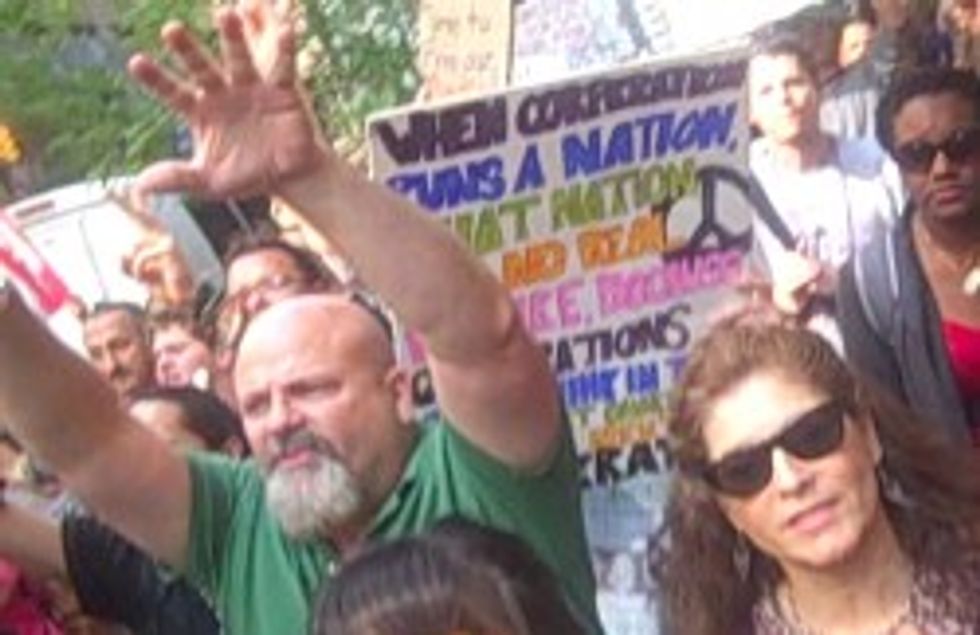 Greetings from Zuccotti Park, where everything is going apeshit crazy at the moment. We just returned from a march around Wall Street -- the largest we've witnessed since Sunday. There will be an even larger rally and protest at 5:30 p.m. that will include members of the New York Transit Workers Union,which voted to support the Occupation at a meeting earlier this week. The park dwellers have raised more than $25,000 since September 17, and have received at least 150 packages since Wednesday. We watched some protesters as they gleefully opened their mail this morning -- it was like Rosh Hashanah! Video and the latest Radiohead gossip-scoops after the jump!

As for Radiohead playing rock-n-roll songs at 4 p.m.: The group's manager claims this is not true, but a park dweller spokesman says it is true, it's just that they don't want one gazillion people to flash-mob the park and trample all the sleeping bags and cardboard signs and so forth. But Radiohead will be here, this everyone can agree on. (If Radiohead does play, it will have apparently have to be acoustic, since the NYPD insist that megaphones/electronic sound-enhancement equipment is terrorism.) [Or on a flatbed truck a la the Rolling Stones in New York, 1975 -- Ed.]

Do you want to send the park dwellers some hobo beans/love letters? Here is their mailing address: