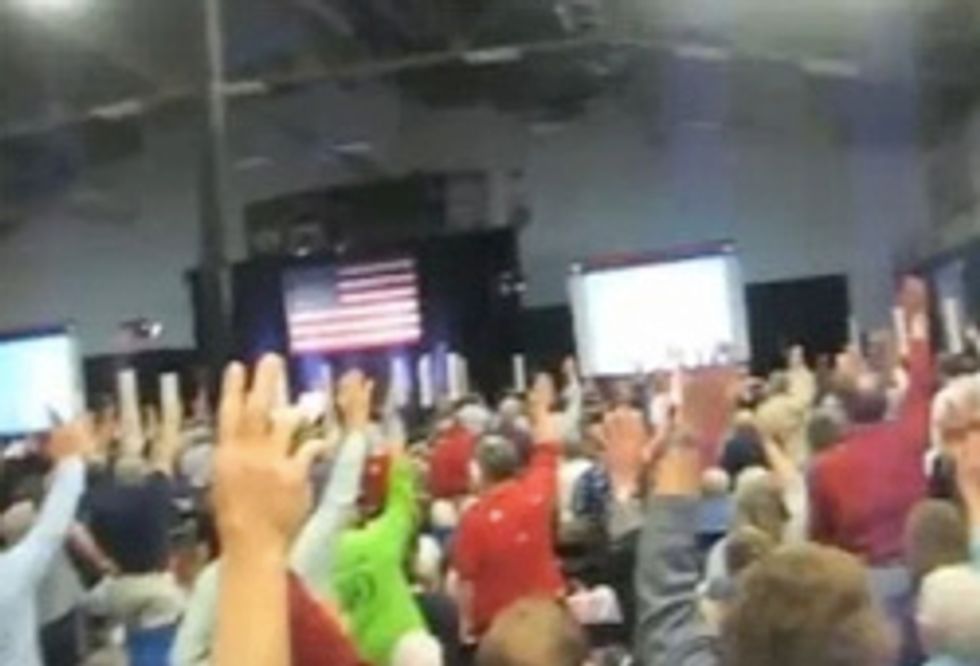 Olympia Snowe and Susan Collins must be looking forward to theirnext primary seasons with such enthusiasm! "An overwhelming majority of delegates to the Maine Republican convention tonight voted to scrap the the proposed party platform and replace it with a document created by a group of Tea Party activists." This document is called The Bible. No, it is called something else, but it is basically a copy-paste of The Bible: "The official platform for the Republican Party of Maine is now a mix of right-wing fringe policies, libertarian buzzwords and outright conspiracy theories."

The document calls for the elimination of the Department of Education and the Federal Reserve, demands an investigation of "collusion between government and industry in the global warming myth," suggests the adoption of "Austrian Economics," declares that "'Freedom of Religion' does not mean 'freedom from religion'" (which I guess makes atheism illegal), insists that "healthcare is not a right," calls for the abrogation of the "UN Treaty on Rights of the Child" and the "Law Of The Sea Treaty" and declares that we must resist "efforts to create a one world government."

It also contains favorable mentions of both the Tea Party and Ron Paul.

This is only going to give New Hampshire ideas.