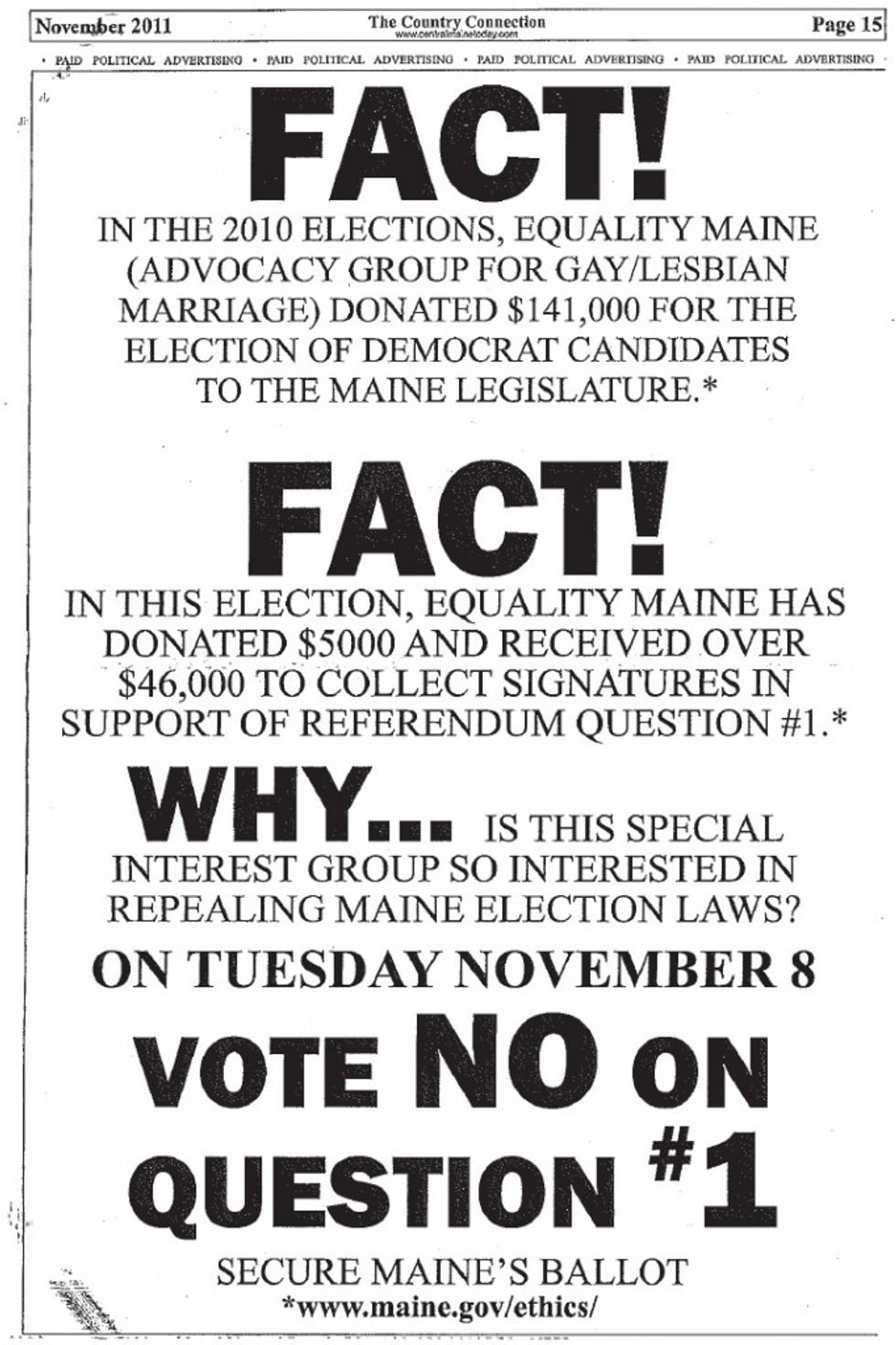 The loony hillbillies of the Maine GOP have had a hard time convincing residents to back them in their opposition to a statewide referendum measure that would permit Election Day voter registration, so their latest strategy has themrunning ads ominously informing the citizenry IN SCREAMING ALL CAPS that anyone who supports the measure, known as "Question 1," is in fact a flaming member of Team Homo, because voting rights are super gay. Real heterosexuals hate democracy.

More on this homophobic weirdness from the Sun Journal:

The chairman of the Maine Republican Party is defending a print advertisement that singles out a gay rights' group's involvement in the effort to retain Election Day registration.

GOP Chairman Charlie Webster said the ad, which was circulated by more than 25 community newspapers, was designed to "educate" the public about EqualityMaine, one of the advocacy groups involved in the coalition that wants to retain the state's 38-year-old EDR law. However, members of the coalition say the ad is designed to mobilize opponents of same-sex marriage and marks yet another example of Webster and EDR opponents' attempts to distract voters from the real issue of Question 1.