Maine Supreme Court To Gov. Paul LePage: No, You Didn't Veto Anything, Doofus 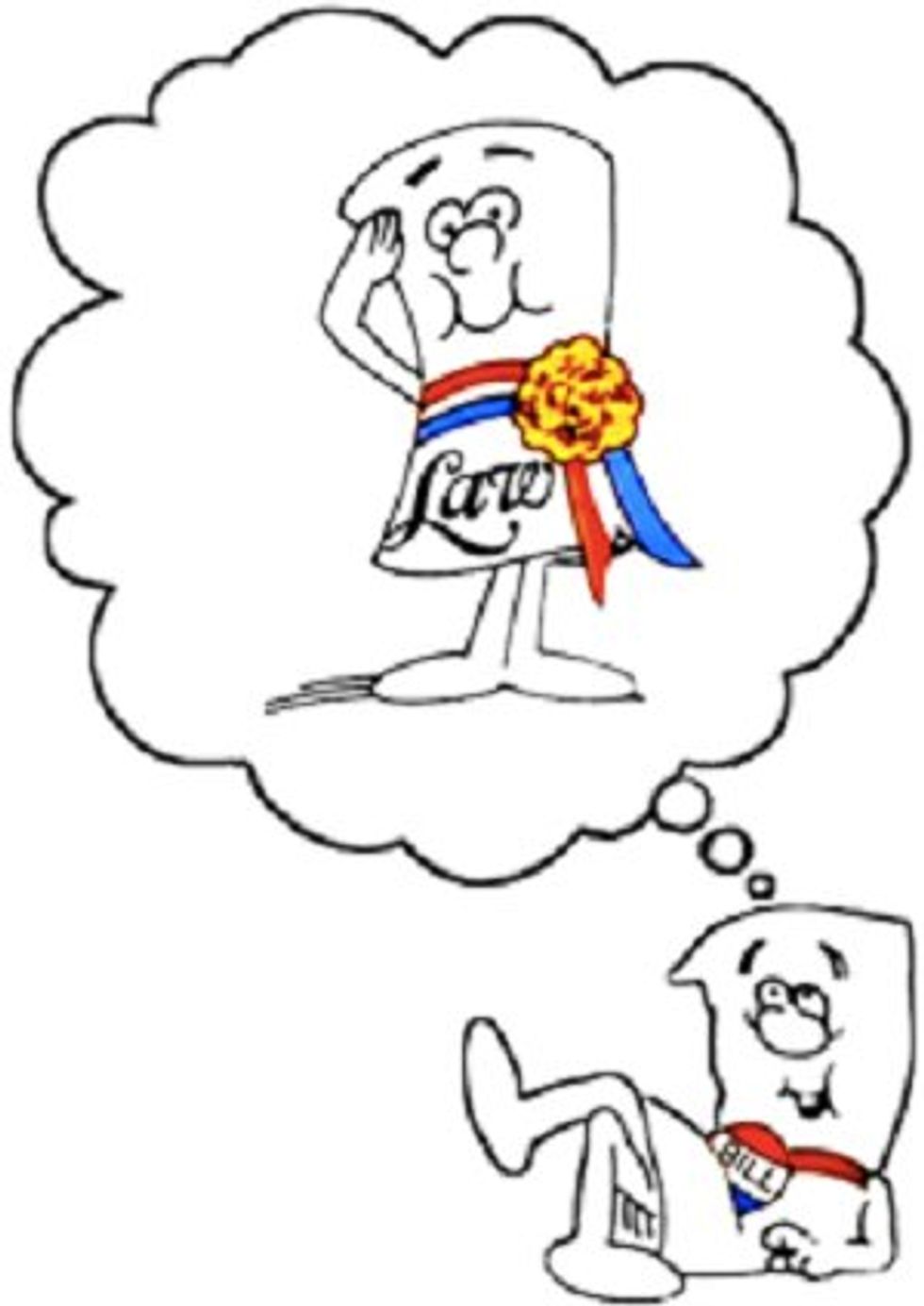 As you may be aware, Maine Gov. Paul LePage is not the sharpest knife on the tree when it comes to governoring, as we learned in July when he botched the "pocket veto" of a whole bunch of bills that he didn't like -- and then did it again a few days later. LePage insisted that he had actually done everything just right, and took the matter to the Maine Supreme Court, which ruled Thursday that he really had screwed up, and the bills he thought he'd killed forever are in fact now officially laws. We bet there will be a really nice children's song about this someday. And that if Paul LePage writes it, it won't make any sense.

Under Maine's constitution, the "pocket veto" works like this: When the Legislature ends its session for the year, the governor has 10 days to sign any bills he wants to become law; any unsigned bills simply go away and die, with no chance for the Lege to override the veto. But if the Lege is still in session and the governor does nothing, they become law after 10 days. And so, when the Legislature temporarily adjourned for three days, LePage sat on some 65 bills for 10 days and proclaimed them vetoed, to which the Legislature, then back in session, said, "No way, those are laws now, dummy," and everyone laughed and laughed. Also, the state's attorney general agreed that the Legislature hadn't finished its business, and you can't pocket veto bills until the legislators have closed up shop and gone home until the next year's session.

As we noted last month, it's a bit like a civic version of the plot line in "Friends" where Ross and Rachel fought over whether he had really been unfaithful to her because he thought they'd broken up and she insisted they were on "on a break." Sadly, Maine can't rely on Phoebe popping in with an amusing non sequitur. But the state does have a Supreme Court, which definitely says that the Legislature was on a break, the bills are law, and also there's no way Monica and Rachel could have afforded that apartment on their piddling salaries.

While the judges acknowledged that the state constitution was "ambiguous" of the status of bills held by the governor during a temporary legislative adjournment, "context, governmental tradition and practice, and judicial precedent" suggest that it's not a real pocket veto until the Legislature is really truly done for the year:

"Having considered the filings, the factual background and legislative record, the constitutional context of the language at issue, long-held traditions and practices of Maine Governors and Legislatures, and the analysis and precedents of other jurisdictions, each of us is of the opinion that a temporary legislative adjournment does not prevent the return of the bills with the Governor’s objections to the Legislature," the opinion said. "During such a temporary adjournment, the Governor may return the bills and his objections to the officers and agents of the originating House."

The opinion is only an advisory, and it's possible that LePage could still bring a formal legal challenge. But since six of the seven members of the court signed on to the opinion (the other recused himself), a legal challenge looks unlikely to succeed. The court held that it's up to the Legislature, not the governor, to decide when it's in session:

because the executive (the governor) is not endowed in American democracy with absolute veto power, the Legislature must be able to anticipate and act upon the governor’s objections and, where it determines it appropriate, override those objections.

In essence, if LePage wanted to veto the bills, he should have vetoed them and sent them back to the Legislature, where he'd have to risk having his veto overridden. Among the measures that are now law is a bill providing state benefits to refugees and asylum-seekers until their immigration cases are resolved -- LePage had called that one "illegal alien welfare" -- and another bill expanding Medicare eligibility for women's reproductive health, plus a whole bunch of other progressive measures that LePage thought he could wish into the cornfield by doing nothing.

Before the court issued its advisory, LePage had been making noises indicating that if he didn't get his way, his administration would simply refuse to enforce the stupid laws, and maybe he'd hold his breath until the Legislator cries "uncle." But his spokeswoman, Adrienne Bennett, said in an email to reporters that, yeah, fine, now that the court had ruled, the governor will go ahead and enforce the laws, but he doesn't have to like it.

Bennett did not indicate whether the Legislature would be re-invited to LePage's birthday party, or whether he had any intention of returning the Pokémon DVD that he believes the Legislature had given him, but which a bipartisan committee insists it had only allowed him to "borrow" for the weekend.