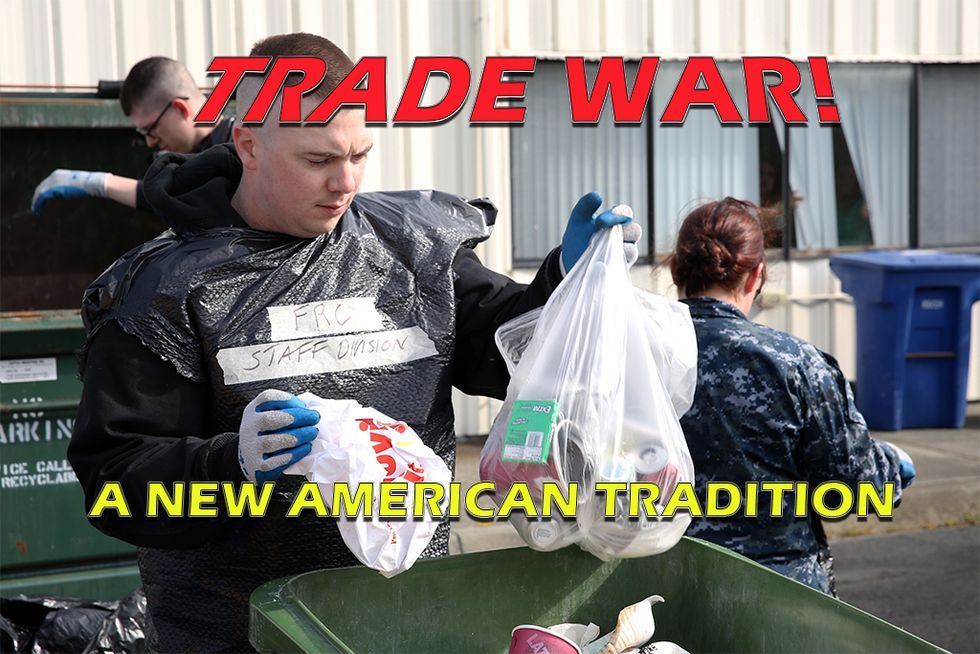 Morning Wonketariat! Here's some of the things we may be talking about today, but first, listen to this hungry koala!

Robert Mueller has a hit list of Trump campaign officials he wants to haul before the Grand Jury, along with all their emails, and texts, and chat logs, and pee hooker receipts.

Trump-Russia has expanded to the Middle East with Robert Mueller wondering why Jared Kushner had so many meetings with an adviser to the de facto ruler of the UAE. No wonder Jared can't get a security clearance.

There is growing concern on the Hill that the House Trump-Russia investigation may be scuttled due to partisan bickering and shitty PR stunts like Devin Nunes's midnight ride.

Congressional moderates are locking arms with big banks and giving Elizabeth Warren the finger, voicing support for a rollback of Dodd-Frank provisions meant to keep banks from failing (again). Maybe everybody forgot "too big to fail"?

Trump's super-rich minions are running around talking up the bigly benefits of a trade war with Not America; they don't care if they screw up the global economy with a trade policy left over from the last century.

Despite being given $120 million to stop Russian fuckery in the elections, REXXON has literally spent nothing.

The head of the Office of Refugee Resettlement, Scott Lloyd, has been waging a one-man war against abortion-seeking immigrants, and he's made it a mission to meddle in Messican vaginas.

New numbers are showing that early voting for Democrats in Texas primaries is way up thanks to a loathing of Donald Trump.

The DCCC is facing more charges of favoritism as it endorses moderates and actively works against progressive candidates who refuse to kiss the ring. Whatcha doin', DCCC?

Science bozos are flooding Congressional races with the hopes of injecting a little logic into legislation. They've even got a PAC with a super cute name!

State legislators in Kentucky have stalled a so-called "child bride" bill that would make 18 the legal age of marriage. Apparently some mountain folk started hollerin' about their constitutional right to diddle little kids.

Far-right anti-immigrant candidates dominated the Italian elections this weekend, but fell short of securing enough votes to form a government, resulting in a hung parliament that will force weeks of negotiating with extremists in order to form a coalition government.

Cities pushing for cheaper municipal fiber Internet projects are facing fierce backlash from Comcast and AT&T, which are making damn sure nobody breaks their monopoly on small-town Internet.

NICE TIME! A charity started in memory of Philando Castile raised over $100,000, allowing it to pay off all the student lunch debt at all 56 St. Paul schools.

We're 100% ad-free and reader-supported, and we were dumpster diving before it was cool!