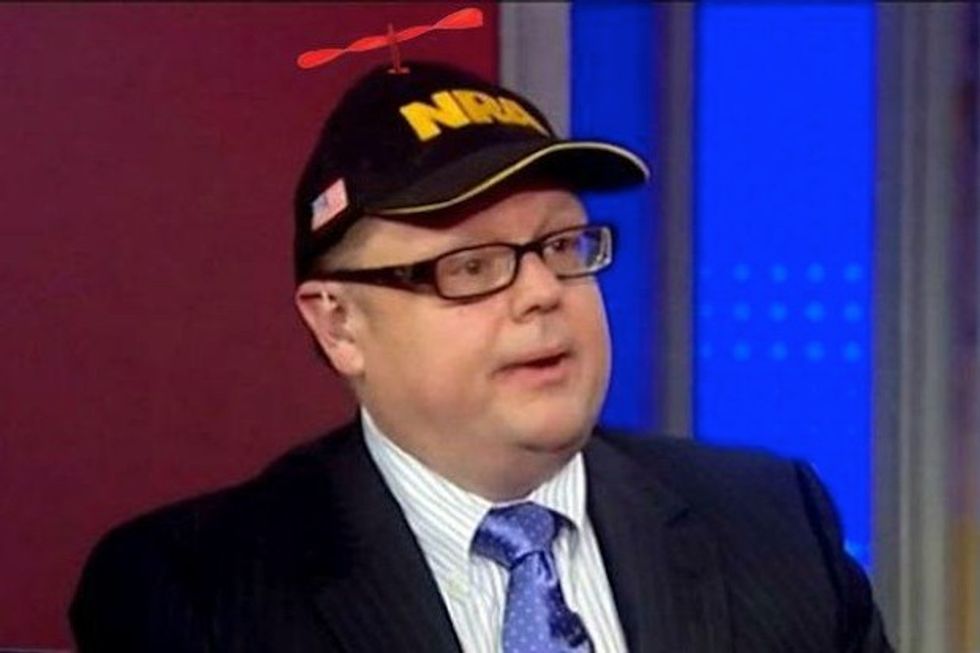 While many Democratic lawmakers are planning to wash their hair during Trump's State of the Union address on Tuesday, others, like Nancy Pelosi, are attending -- but they're bringing Dreamers with them.

Fox News's Todd Starnes is not pleased by this gross insubordination! How dare they force Donald Trump to look at the actual human beings whose lives he plans to ruin? That doesn't seem fair!

The illegal aliens will be sitting in seats that in previous years were meant for brave military heroes, law-abiding taxpayers and America's best and brightest.

The sad truth is that Democrats would rather align themselves with foreign invaders who violated our national sovereignty, thumbed their nose at the rule of law, and pillaged and plundered taxpayer-funded resources.

Really? People who were brought here as children and are just trying to not get deported to a country they've never actually lived in are "foreign invaders" who pillage and plunder? Really? DACA is something that is supported pretty widely in this country, by 86% of the populace, in fact!

But Stillwell Angel has a plan he thinks will bring people around to his way of thinking:

In response, President Trump should fill the remainder of the House gallery with Immigration and Customs Enforcement agents.

Imagine the message he could send to the world if he directed ICE agents to arrest every illegal alien in the House chamber - live on national television.

Oh, I can imagine it all right -- but I doubt it would go over as Starnes is imagining here. I think he is perhaps inured to swallowing things that might make others gag?

The Right doesn't just resent empathy, they fear it. This is why they dig their feet into the ground and say "fuck your feelings" and get so furious about things like "virtue signaling" and "victim culture." Vicious as many here are, we are still a nation of people who, by and large, go running for the remote the second one of those Sara McLachlan puppy commercials comes on.

The fact is, when people actually see this kind of horror in action, it becomes far less appealing, it reduces our ability to tolerate it. This is why when war is covered on television now, it's done in a far more clinical way than it was done during the Vietnam War -- so people can feel nice and detached from it, like it's just a video game or a TV show rather than actual human beings getting blown up and dying. It's really hard to support a war when it's a total bummer all the time.

I am, of course, not suggesting that it would be good if this happened because it would get people to think twice about how excited they are to deport these people. That would be gross. I do, however, think the same point will be made simply by making people look at them and see that they are just human beings trying to get by and live in the country they grew up in, rather than as "foreign invaders who violated our national sovereignty, thumbed their nose at the rule of law, and pillaged and plundered taxpayer-funded resources."