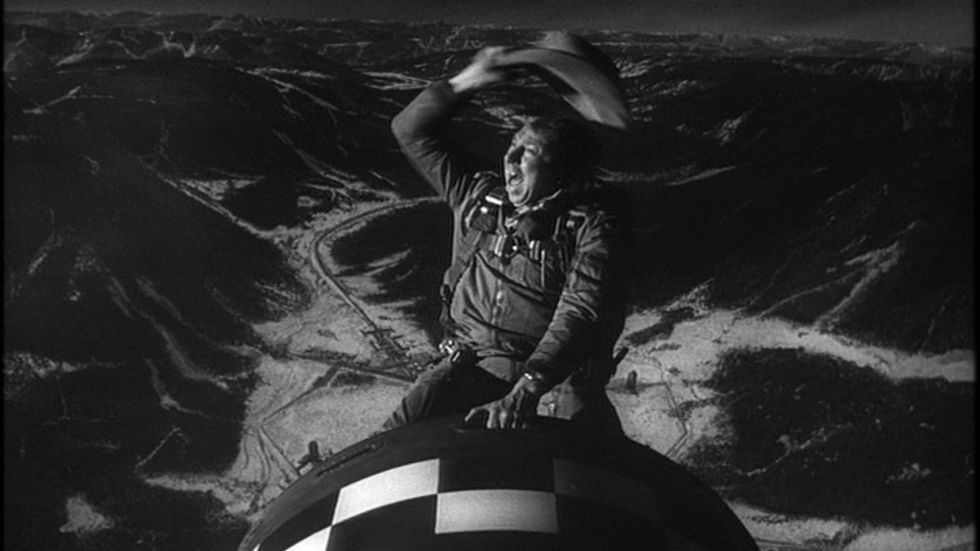 With all the terrorists afoot all over the place, hating us for our freedoms and the like, we were a tad concerned when we read the news Tuesday, oh boy, about a lucky man who was arrested for perhaps trying to bomb an abortion clinic in Kansas. And not just any clinic, but the South Wind Women's Center:

The clinic is one of three in Kansas that provide abortions. It opened in 2013 in the same building where Dr. George Tiller provided abortions until an anti-abortion opponent shot and killed him in 2009 in his church. That building has long been the site of anti-abortion violence. Tiller was also shot and wounded in both arms there in 1993 by an abortion opponent, and his clinic was bombed in 1996.

The center was founded by Julie Burkhart, who used to work for Dr. Tiller. You know, before he was murdered by "pro-life" terrorist Scott Roeder, who has quite specifically called for the murder of Ms. Burkhart, from his prison cell.

Add that to the thousands of threats and attacks against abortion providers -- by convicted felons who now run anti-abortion organizations and also by certain Republicans running for president (like, all of them) -- and you can understand our raised eyebrows when Wichita Police Department Capt. Doug Nolte declared that the suspect "was there legitimately with an appointment with the facility, so it doesn't have the indications of a protester." Because, as we have been reminded quite recently, radical fetus extremists would never make appointments with abortion providers for deceitful purposes.

But it's all good! See, the police arrested this guy, Moises R. Trevizo, for having a bunch of knives and a homemade explosive in his backpack, but it turns out he was just there for a job interview and forgot he had a bomb in his bag, whoops. Don't you hate when you forget to leave your weapons at home?

Sure, Trevizo might be looking at charges anyway for the handcrafted improvised explosive device he made with a pal (aw, bonding, how sweet!), but at least we know absolutely and for certain he wasn't there to bomb an abortion clinic, no way, no how. And how do we know this? Because Wichita Police Department spokesman Jame Espinoza said the coppers had "absolutely ruled out" that possibility. Whew!

We'd like to take this opportunity, thanks to a silly little misunderstanding about why a guy walked into an abortion clinic with a bomb, to remind all y'all of how we might not have immediately suspected it was yet another "pro-life" terrorist attack if this wasn't the sort of thing abortion providers have to worry about every single day of their lives. Especially in Kansas, where threatening clinic workers is oh so popular. Like that time Mark S. Gietzen, chairman of the Kansas Coalition for Life, who spends his days harassing clinic workers, said it sure would be a shame if a clinic worker were to get himself all shot up by some gun-toting nut like Gietzen, but ya know, "Even a well-meaning dog will bite at some point in time if you keep antagonizing it," and "The way this guy acts, I’m afraid that someone’s going to shoot him [...] He’s asking for it."

Yeah, Kansas is a hell of a state. Real pro-lifey. But at least this one time, authorities guarantee that there's no reason for the women of Kansas or their doctors to be afraid for their lives. What a relief.