Man Time: Cheer for These Underdogs 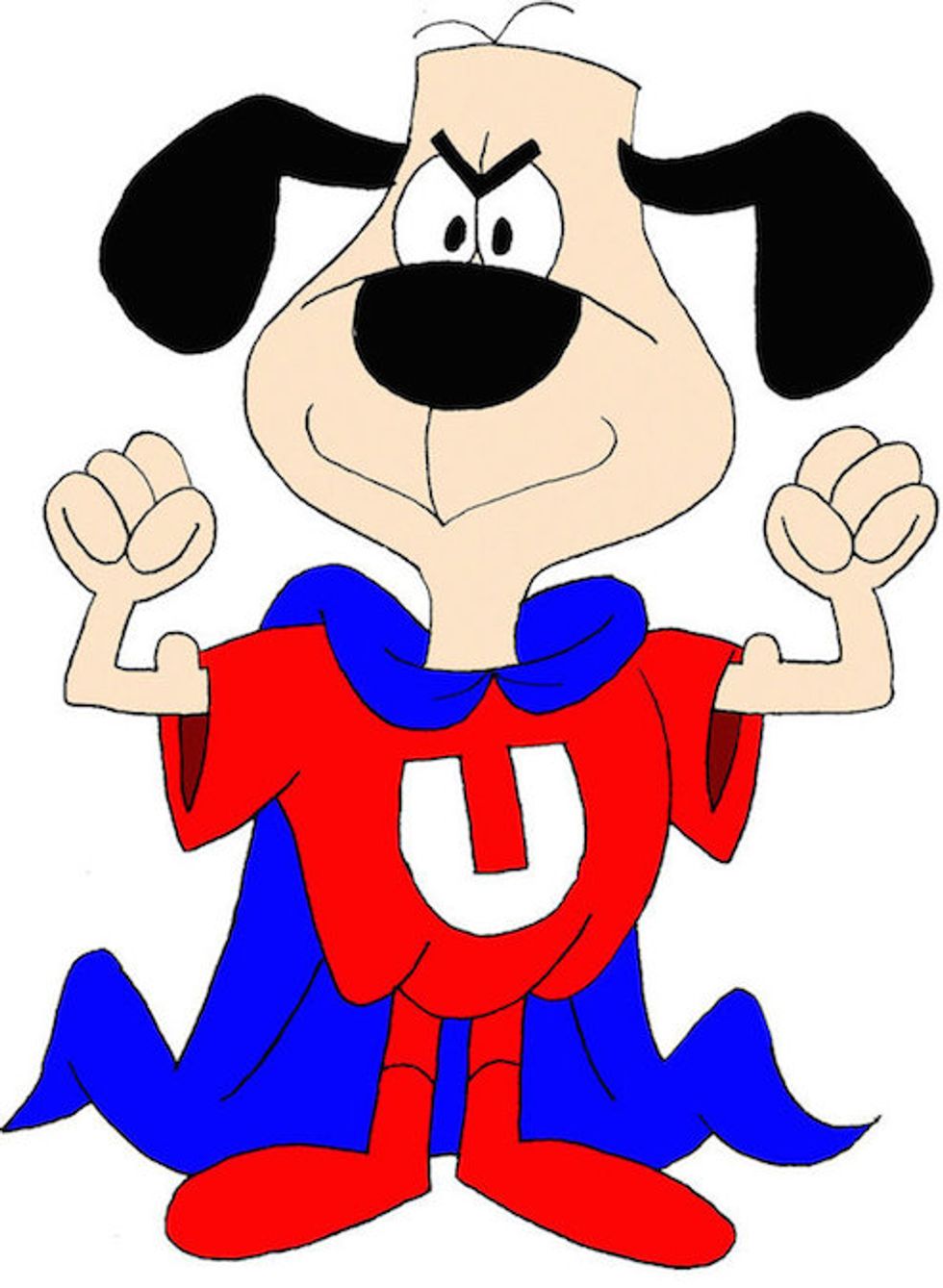 There are two important underdog stories in sportsball right now, and you should be cheering for these guys before they leave us forever. They come to us from the world of bouncy hoops and golf, and if these stories don't warm the cockles of your heart, then perhaps you're an awful person.

Our first underdog of the moment is 5'7" point guard Yuki Togashi. He plays for a Japanese-league team called the Akita Northern Happinets, which is just the cutest sportsball name we've heard in weeks. The NBA's Dallas Mavericks are thin at point guard, so they brought Togashi over for a test run in the Las Vegas summer league, and he has not sucked! Here, watch him not suck against men much, much taller than him.

The fans in Vegas are impressed, or at least entertained.

Yeah, I know I look like I'm 15 years old, maybe that's the reason why the fans love me. But it's, sometimes it's kind of too much, but I guess I've gotta get used to it.

Over in Japan, Togashi is a star -- he was the MVP of the Japanese league's all-star game and he led the league in assists per game. Here's his highlight reel from last year. He is so tiny and fast and good at bouncy hoops, and from the looks of it, he's fantastic in transition. We are also big fans of whomever picked out the cheesy highlight reel soundtrack, because that's pretty amazing.

C'mon, NBA teams. At least one of you needs a pass-first point guard who can come off the bench and give your team an offensive jolt. Do this for us, NBA, do this for us ONE TIME.

Our second feel-good sportsball story of the day comes from Jolly Olde Englande. Meet John Singleton, a guy who literally works a day job as a forklift operator at a factory near Liverpool and is playing in the British Open (which is being played at Royal Liverpool). After his six-over first round, he has to do some serious work to make the cut, but if you set aside the fact that golf is a silly, silly game, this guy is living a truly improbable dream, and you should send him whatever positive cosmic woo-woo you can muster.

Singleton was paired with PGA Tour pros John Daly -- yes, that John Daly -- and Dustin Johnson on Thursday. Johnson was making small talk, getting to know his playing partner, when this happened.

Johnson: “Do you play on the European Tour?”

Singleton: “No, I work in a factory.”

AHHHHHH, is that not the best thing you've ever heard from the world of golf!? Shut up, yes it is.

Want more feel-good from John Singleton? He had to borrow two wedges from a friend for his qualifying round. This forklift driving golf man doesn't even have a full set of clubs, you guys, and he's playing in the British Open.

Yes, Singleton was a second-team All-American in college, but he's undergone six knee surgeries since college, and this is probably his only chance at glory (he's only playing because of a fluke in the qualifying process). And unlike some golf people, he seems completely down-to-earth.

John Singleton had just finished a practice round along the Irish Sea when four young girls approached him from the other side of the fence.

“Are you famous?” one of them asked.

Indeed it is, John Singleton, indeed it is. Here's Singleton ripping his first drive down the middle of the fairway yesterday, he seems so happy!

The novelty of Singleton's story attracted a large crowd of followers yesterday, but presumably, they weren't all hard-core golf fans: his factory co-workers had been given a paid day off to come to the tournament and cheer him on.

Sportsball is, for lots of people, a distraction from all the terribleness in the world around us. And if these two underdogs haven't distracted you into a better mood, then no sportsball story ever will.