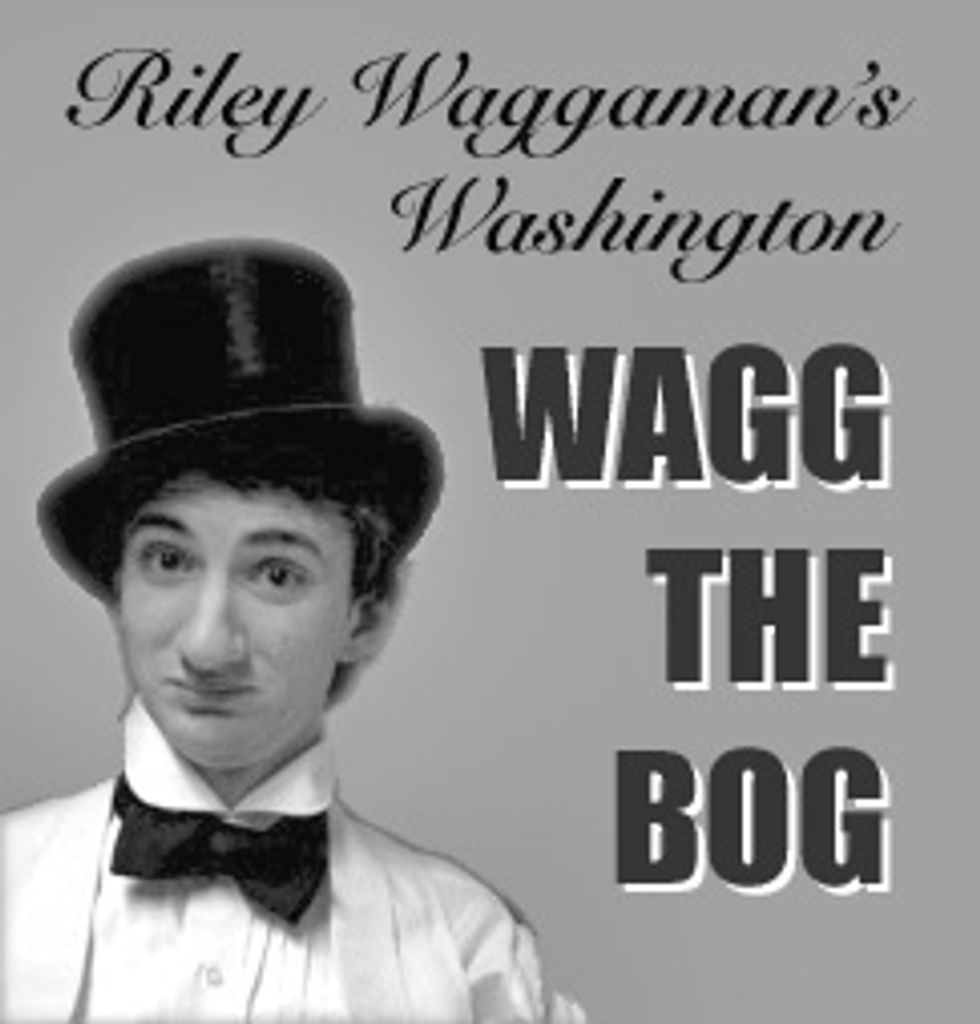 In an effort to reduce its carbon footprint, the REPUBLICAN NATIONAL COMMITTEE has pledged to recycle smear campaigns and political spin! Yes, MICHAEL STEELE has finally done it! He's bringing back all your favorites: "flip-flopper" ... WILLIE HORTON ... "cut and run" ... "Why did the Democrats flip-flop and let Willie Horton cut and run?" This is an important question Michael Steele will inevitably ask in the days to come.

GO-GO GOSSIP: REP. JOSEPH CAO (R-LA), known affectionately by close friends and secret admirers as "that bastard piece of shit fuck from Saigon," owns a freezer, and uses it to hide his liberal political beliefs from the FBI ... Former Arkansas governor and incumbent religious zealot MIKE HUCKABEE broke his foot, à la THE DANCIN' HAMMER. And now what can poor Mike do besides sit on his couch and stuff his face with sticks of Land O'Lakes and protein shakes? ... Fresh-squeezed Florida wingnut MARCO RUBIO and Halloween costume SARAH PALIN have identical thoughts on all subjects, theorems and matters. But P2P sharing is illegal! ... REP. ILEANA ROS-LEHTINEN (R-FL) is frustrated the American embargo has not prevented Cubans from importing Twitter machines. Cheer up Ileana, at least they don't have toilet paper! ...

On a scale of one to ten, how "intellectual" is GEORGE W. BUSH? If you didn't bruise your tonsils when you screamed TEN!!!, you are probably a misinformed asshole. George is a ferocious reader and has memorized Caps for Sale in its entirety. He spanks DEEP BLUE in Connect Four on a regular basis. Last night he translated the Koran from its original muslin. Please show this man some respect, America. He gave you so much.