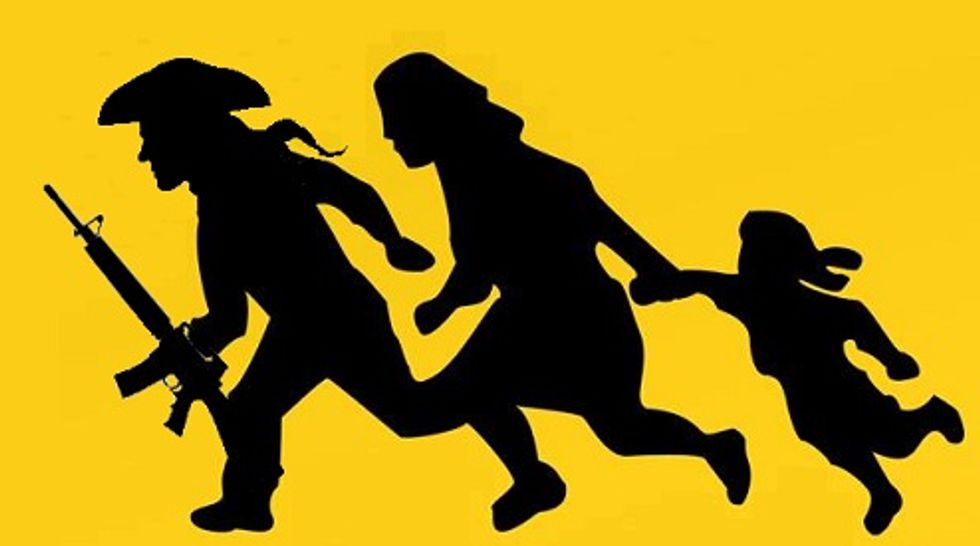 Faced with a massive wave of Tea Partiers fleeing from his 2016 presidential hopes because of his support for comprehensive immigration reform, Florida Senator Marco Rubio is doing what he can to build a higher wall against further progress on fixing America's broken immigration system. It is not known whether his new opposition to immigration reform will be enough to stem the flow of former rightwing supporters attempting to cross lines into other candidates' camps. An aide to Rubio toldAndrew Breitbart's Home for Monsters From the Id that while it might be "realistic" for the House to pass several piecemeal bills addressing immigration, the catch is that once such a bill went to committee with the Senate, sneaky Democrats could then use the conference to force a comprehensive reform that might actually allow some Messicans to become citizens. So the smart thing, obviously, is to do nothing, which allows continued bitching about Barack Obama's refusal to fix immigration. Problem solved!

Frothing Breitbart horcrux Matthew Boyle explains how, under a loophole called the U.S. Constitution, Senate Democrats could actually use a conference committee as a means of passing a bill that right wingers don't like:

As Breitbart News first reported in July, conservatives have expressed worry about such a committee. Endorsing the House’s piecemeal approach is not enough to stop the Senate’s Gang of Eight bill as congressional leaders in both parties and both chambers of Congress could slip the comprehensive Senate bill past everyone through procedural trickery.

By "trickery," of course, Boyle means "rules that might have a result I dislike."

Rubio has reversed his earlier support of the Senate's comprehensive immigration reform, a bill which he sponsored, but which led to a backlash from Tea Party supporters, who have made it clear that the only approach they support to undocumented immigrants is to send them all back to Mexico, no matter where they actually came from. Hoping to recapture that brief moment when he, not Ted Cruz, was the shining star of Teabag America, Rubio now wants to make sure that the bill he sponsored never becomes law. Will it be enough? Matt Boyle says Ann Coulter says it might be!

[Rubio's] sudden turnaround on immigration could prove to be a saving grace for him among conservatives. As columnist Ann Coulter told Breitbart News in an exclusive interview, it is not too late for any political figure to turn around on amnesty--as long as they are able to stop it from happening in the process. If Rubio sticks to his newfound support for a true piecemeal approach, opposition to a conference committee, and support for delaying controversial parts of immigration reform like legalization, it could put him in a much more favorable position in 2016.

It's really a kind of American Dream -- to be able to reinvent yourself by making sure the door is locked and no more dirty Spanishes come in after you. Keep thinking big, Marco!