Marco Rubio's Plan To Defeat ISIL Is Whatever You Want It To Be, Baby 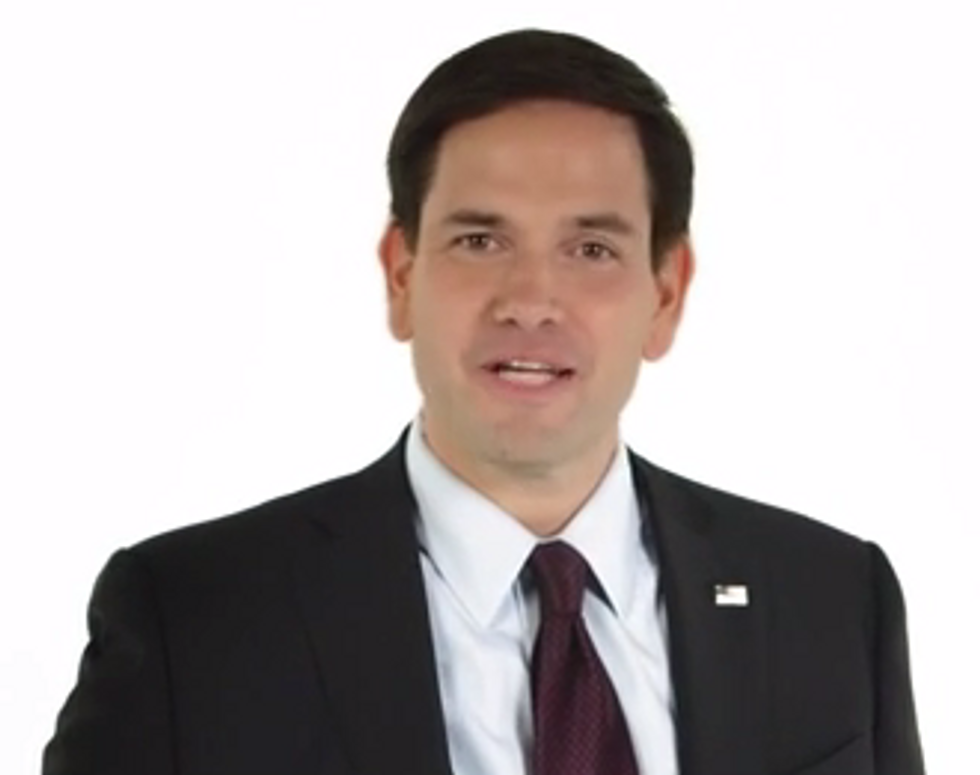 The senator-in-name-only from Florida has unveiled his plan to kill all the terrorists to death, and it's adorable, you guys!

When I am president, what I will do to defeat ISIL is very simple: whatever it takes.

Awww, isn't that just the cutest thing you ever did see? If only dumb President Obama had thought of that. Here is the rest of Rubio's "plan."

He's got it all figured out. That must be why he doesn't bother showing up for briefings on national security, even though he is a member of the Senate Foreign Relations Committee. Allegedly.

In recent months Rubio has missed a slew of Foreign Relations hearings and classified briefings, records show, aiding his critics.

In January, Rubio missed an intelligence briefing on ISIS and two other classified briefings because he was fundraising in California. In April he missed a closed Intelligence Committee briefing while in Texas raising money. And in September he missed a Foreign Relations hearing on the humanitarian crisis in the Middle East.

But he's got a plan, so he's set. Must be why he skipped Wednesday's hearing on "The Aftermath of Paris: America's Role." He already knows everything there is to know. And anyway, there was a fundraiser in California -- yes, another one -- which is a whole lot more relevant to the future commander-in-chief, isn't it? After he gets elected, he'll show up to the office, he swears, and then he will do whatever it takes to beat the bad guys.

So long as "whatever" doesn't involve going to meetings, because that stuff's boring, man.