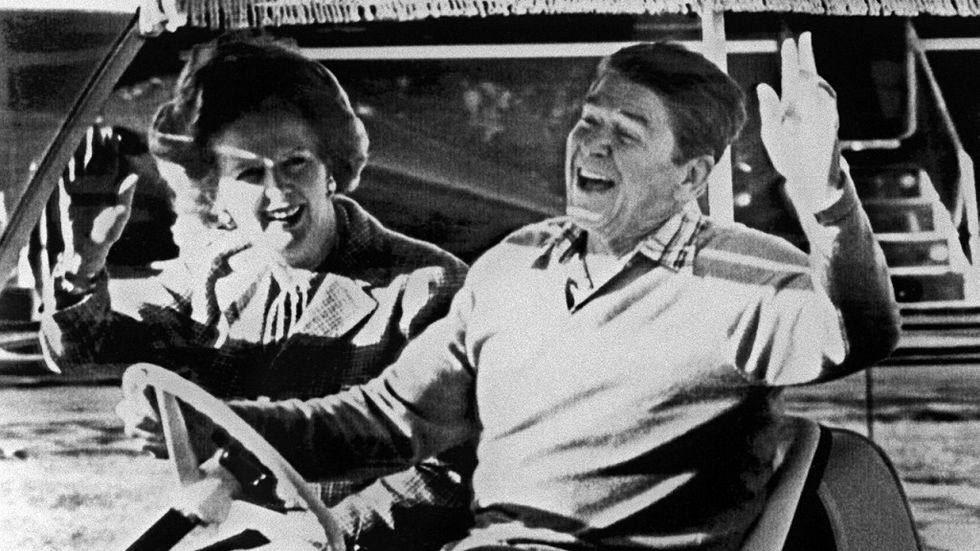 This one time, Sarah Palin told everyone she had been invited to London to see the English president, Margaret Thatcher, and Margaret Thatcher's people were all verily, Horatio, and forsooth, the ladyshe is crack'd. (They meant Palin.) And then some guy was all, PSHAW peasants! Margaret Thatcher is the kindest, warmest, gentlest maid the world has ever known and would not have snubbed the colonial Upstarte, the whole Scandale has been made up out of whole clothe! (Tweed, probs.) And then all of Englande had to deny calling Palin a raving ninny, or one WC short of a loo, because they did not want to get nuked when Sarah Palin got elected president of the United States, which America would have totally done because we are fucking idiots.

And now Margaret Thatcher is dead at the too young age of 142, and never got to meet her idol, Sarah Palin. (We assume. If somewhere on page 8 of the Google results is the universe imploding under the combined weight of the brains of Palin and Thatcher, who had been sidelined by dementia from her usual mischief inventing punk rock and austerity, then we will be sure to update this, like we care.)