Woo. If I had to sum up Marianne Williamson in one word, that word would be Woo. Not to be confused with the delightful film starring Jada Pinkett, or the mating call of the North American sorority girl, the kind of woo Marianne manifests eats quinoa, brushes with Tom's, and thinks the movie Avatar explains our governmental policies.

This is not to say she's wrong about the government, or that Tom's toothpaste doesn't work just because it tastes filthy, just saying she's weird as fuck, allegedly, but she can still get down. While Kamala Harris simply owned the night, and Pete had some awesome moments, especially when handing out mea culpas to himself, Marianne owned a piece of the center stage in her own Woo Woo Prosperity Prophet way.

Oh sorry, we are Marianne Williamson supporters now. We thought everyone was?

Marianne Williamson at the Democratic debate talking about New Zealand and the power of loveyoutu.be

She had some of the boldest positions on plans I have ever witnessed a politician taking, and that position is (PARAPHRASING, OKAY?) "Plans didn't get us to the moon, sugah" and "Fuck your dumbass plans, stoopid. Trump didn't have plans, he had MAGA." Williamson, a known reparations supporter, wasn't interested in repaying Trump on the hate debt he's owed, instead her kick is that she's going to love that Tangerine Nero we call a President right on out of office. 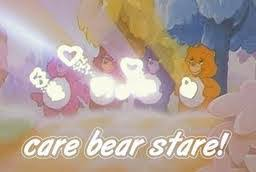 Marianne Williamson, a fringe candidate who previously served as a spiritual adviser to Oprah, brought a whole new dimension to the presidential primary as she railed against the idea of "plans" and spoke of harnessing love for political purposes.

Yes, she really tried it. Having no actual plans, Ms. Williamson decided to pull a Trump, and simply declare plans beneath her. Of course the idea of planning shit out led to a discussion of the Moon, where she lives maybe, and talk of how JFK sent the first rocket ship to see her people there. Apparently, nobody planned anything in the 1960s, JFK flung that ship to the moon with his bare hands.

She quickly became the most searched candidate in the debate, according to data from Google.

Don't get happy, Lady. Not all searches were positive, hun.

"I'll tell you one thing, it's really nice if we've got all these plans, but if you think we're going to beat Donald Trump by just having all these plans, you've got another think coming," she argued. "Because he didn't win by saying he had a plan. He won by simply saying Make America Great Again. We've got to get deeper than just these superficial fixes, as important as they are."

What is her solution? Nothing, she didn't actually give any solutions. She just spoke of love in an accent she picked up in 1930s Atlantic City when she was a cigarette girl in a Boardwalk Empire nightclub.

Kate McKinnon does a great impression:

The candidates were asked what would be the first thing they did when they took office, and her answer blew my mind.

So your first call is to brag about American children having it better to the PM of New Zealand where they recently lost some of their children to a vicious white nationalist gunman? Why the fuck would that be your first call? Why? Ma'am, do you not remember Christchurch? Maybe don't call her up and do that, please? Just let her fucking be. (Besides, Politico transcribers, Kate MacKinnon got it right; Williamson said "Girlfriend, you are so ONG.")

Her closing statement was super different than anyone else's. You have to just read it, some things cannot simply be described to you, you must experience it for yourselves.

"He's going to be beaten by somebody who has an idea what this man has done. This man has reached into the psyche of the American people and he has harnessed fear for political purposes. So, Mr. President, if you're listening, I want you to hear me, please. You have harnessed fear for political purposes and only love can cast that out," she continued.

"So I, sir, I have a feeling you know what you're doing. I'm going to harness love for political purposes. I will meet you on that field. And, sir, love will win.".

She's going to beat him with witchcraft.

Wonkette is ad-free and supported SOLELY by you. Click below to help us pay our writers and all the things!