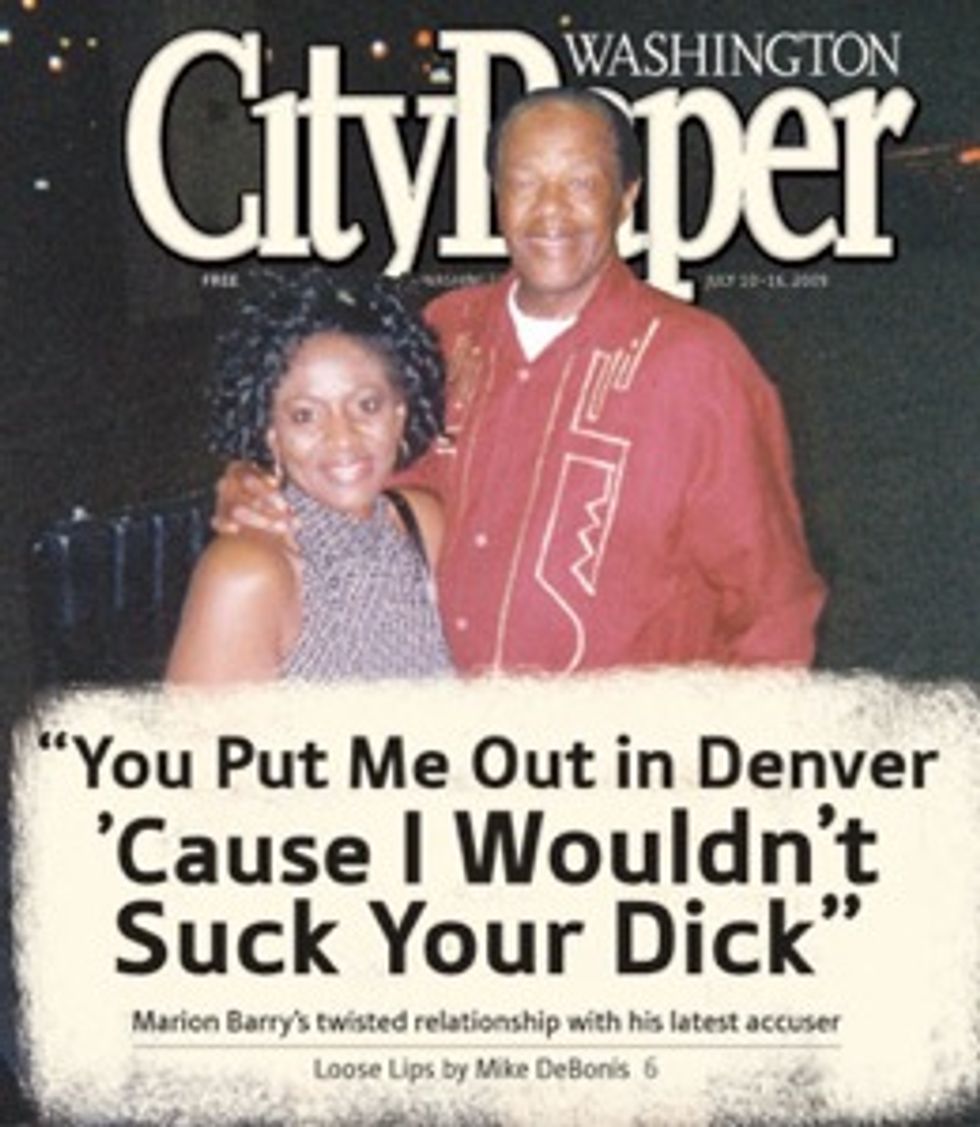 It had been a while since Marion Barry's name cropped up in the Police Blotter, and frankly we were beginning to get worried -- worried that he was dead in a dumpster somewhere, and that we'd never again have such easy material. But, hooray (?), America's Mayor is alive and well. He was, of course,charged with Stalking over the July 4 weekend. And now the Washington City Paper has some super-gross vulgar audio recordings to share with everyone!

Here is Barry's former girlfriend or some such person, yelling at Marion Barry. Yes, you will want to play these LOUD in the office:

"Why you saying he fuck me like you did?...Why you sayin’ he has my credit fucked up, and. you know. I think you telling your friends, sayin’ I want a man who fucked me up, fucked my credit up, got me to lose my house and she keep goin’ back to that man…You want me to think I’m crazy…All I’m trying to saying is I forgive. You put me out in Denver cause I wouldn’t suck your dick. You put me out in Denver! You made me have to fuck your ass up in the middle of a [unintelligible]. We were like fuckin’ Tina and Ike Turner. And I forgive. Alright you just wastin my damn time?...I can’t believe this….you always… you don’t think about other people’s time. You’re inconsiderate…"

Why are there recordings of this stuff, anyway?