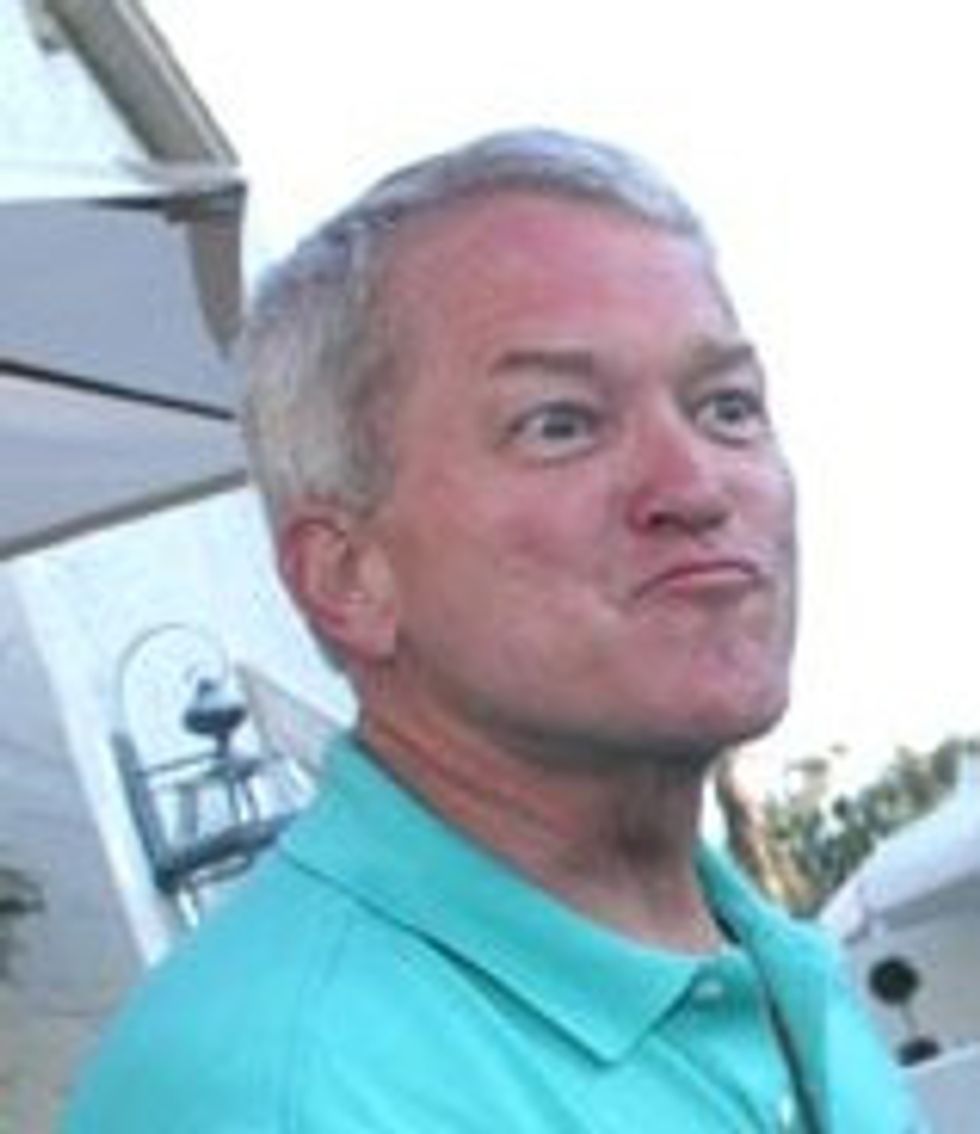 Poor Mark Foley. In olden times (two years ago), he was just another affable barely-closeted gay Republican, well liked by his colleagues and constituents. Then he got caught exchanging sexy instant messages with 17-year-old male pages who were pretty clearly like, "Whatever, you old creep," and suddenly everybody thought he was terrible. Now Foley's breed of harmless homosexual Republican has been hunted almost into extinction, even asexorcism fetishists, alien warlords, and angry old crooks flourish within the party ranks. Let's see what the fragile, endangered Cocktobrus floridianus has to say for himself.

Hint: Nothing new! Just a bunch of excuse-making so transparent that even an AP reporter had to point it out:

"If I had a post office named after me today, they'd probably return to sender," he said. "It's not a pleasant place to be. It's not what I envisioned ... working this hard all my life to end up in an ash heap because of a momentary lapse of judgment."

Foley hasn't given an interview in TWO YEARS and in his first interview he says entirely predictable things:

"I believed I owed my constituents an apology," Foley said. "I embarrassed them and I embarrassed my family and I wanted to have a chance in a public setting to lend my voice to what happened, not through an attorney, not through a spokesperson, but from myself."

He also cries and expresses more remorse and humiliation, blah blah blah. He should just be glad he doesn't live in Louisiana, where he would already have been castrated with a rusty razor by Bobby Jindal himself! Instead he gets to fart around Palm Beach with his fancy dermatologist boyfriend. This does not sound like such a bad life, to us.