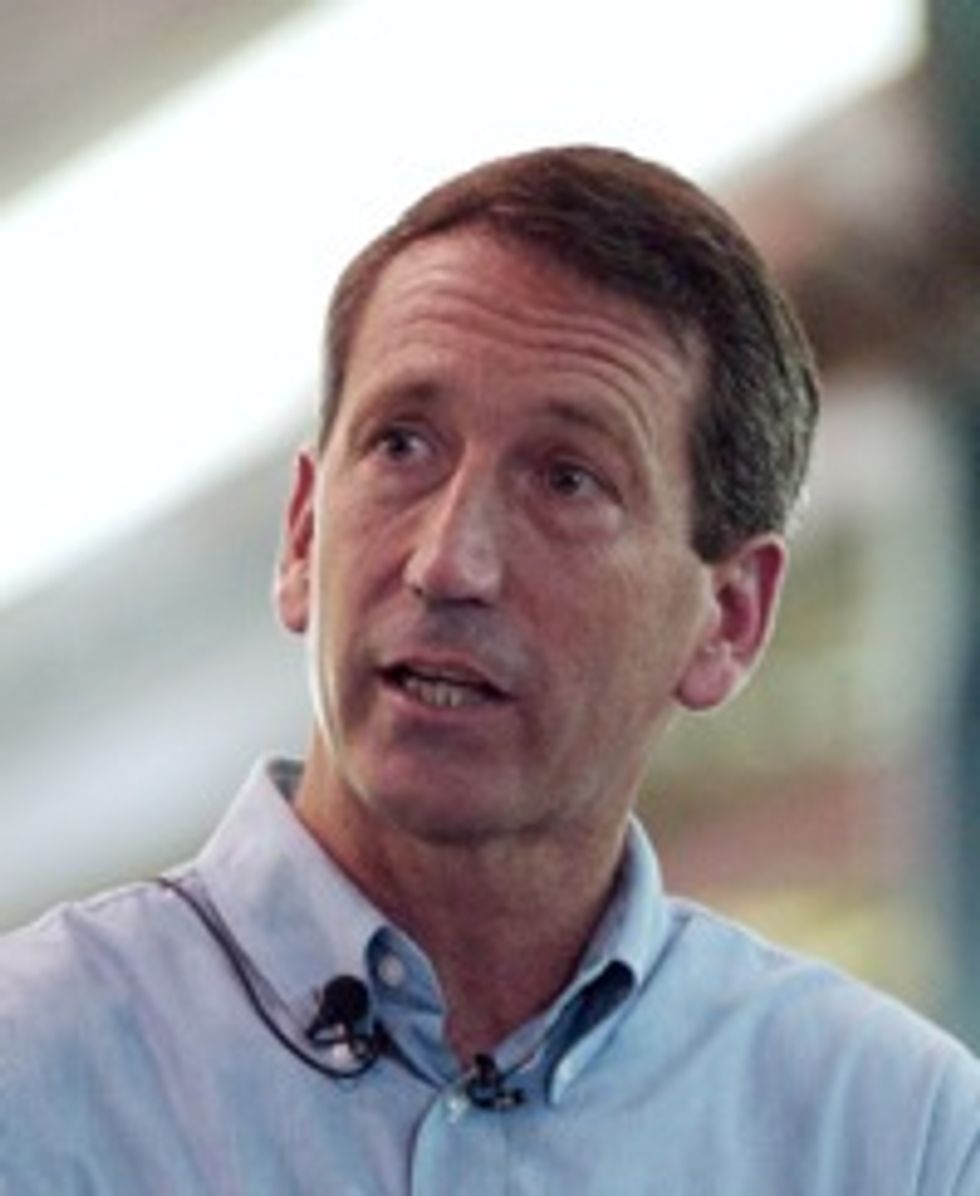 South Carolinawelfare queen Governor Mark Sanford is nowhere to be found, in South Carolina! His "whereabouts" have been "unknown to state officials since Thursday," the news outlets report. This country should consider itself lucky to have survived the weekend! So did he get kidnapped in Mexico or something? Hopefully, but those close to him -- and no, that does not include his family -- claim he is just crying in private for a few days after losing a political battle.

South Carolina authorities are literally trying to trace calls from his cell phone to figure out where the governor of their state is:

Neither the governor’s office nor the State Law Enforcement Division has been able to reach Sanford, who left the mansion in a black SLED Suburban SUV, said Sen. Jake Knotts and three others familiar with the situation who declined to be identified.

Sanford’s last known whereabouts were near Atalanta, where a mobile telephone tower picked up a signal from his phone, authorities said.

His wife clearly gives a shit, too.

First lady Jenny Sanford told The Associated Press her husband has been gone for several days and she doesn't know where. She said she was not concerned. Jenny Sanford said the governor said he needed time away from their children to write something.

BUT NO ONE WORRY, everything is okay.

The governor’s office said in a statement: "Gov. Sanford is taking some time away from the office this week to recharge after the stimulus battle and the legislative session, and to work on a couple of projects that have fallen by the wayside. We are not going to discuss the specifics of his travel arrangements or his security arrangements."

Ah, so he's having an affair. Thanks!

Gov. Sanford not heard from since Thursday [The State]