Mark Steyn: Why Did These UCLA Academics Blow Up The Boston Marathon? (Hint: Shmashmortion!) 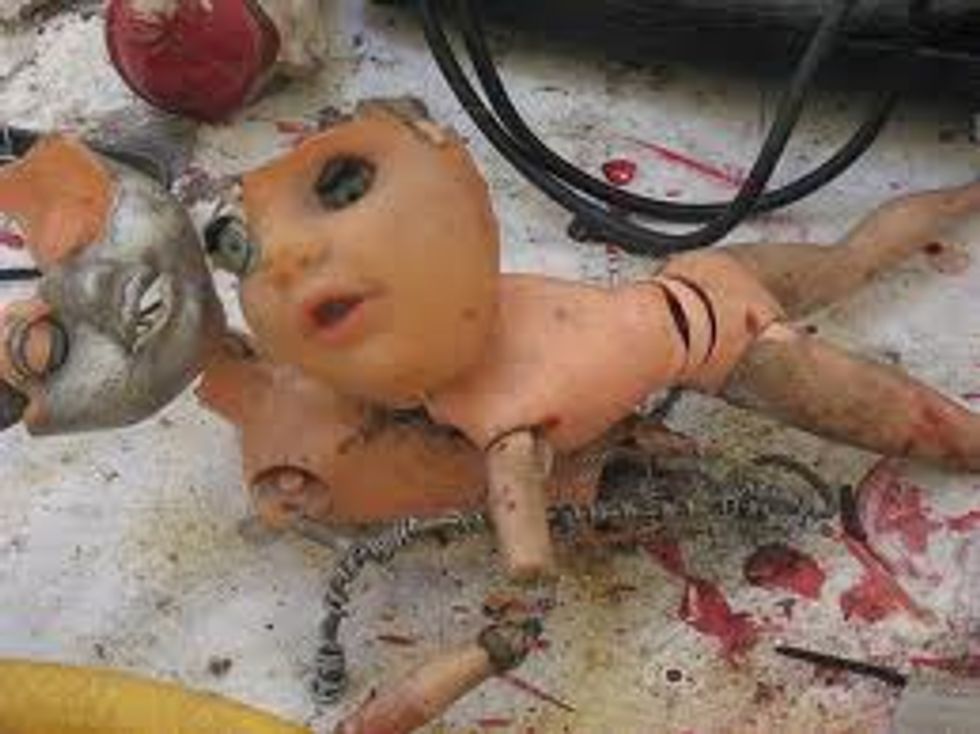 Mark Steyn, acknowledged reigning wit of the batshit brigades (at least until the frabjous day, callooh callay, thatactually hilarious Larry Miller turns the corner from "conservative" to "Michelle Malkin"), has some Thoughts on Terrorism he would like to tell at ya! And somehow those Thoughts are about abortion mills and how dumb "academia" is. It is a fine anti-Muslim hysteria/anti-"elite" Ivory Tower screed/and hey-let's-throw-in-Kermit-Gosnell-infanticide three-fer! And your Wonket takes full credit, as of course we must.

What terrible and ridiculous crime did the New York Times perpetrate on the victims and survivors of the Boston Bombing? It allowed "pseudo-credentialed experts" to belatedly follow up on a Wonket posting about grad school sociology and other Smart Girl Things:

Writing on the op-ed page, Marcello Suarez-Orozco, Dean of the UCLA Graduate School of Education and Information Studies, and Carola Suarez-Orozco, a professor at the same institution, began their ruminations thus:

"The alleged involvement of two ethnic Chechen brothers in the deadly attack at the Boston Marathon last week should prompt Americans to reflect on whether we do an adequate job assimilating immigrants who arrive in the United States as children or teenagers."

Huh! That is almost exactly like what we wrote, except they forgot to cite Portes and Zhou! (Haha, no they didn't. They TOTALLY cited Portes, just like we promised they would.) Well, VERY credentialed expert "Mark Steyn" does not care for these "pseudo-credentialed experts" and also too "deans" and "professors" who conducted "large-scale studies of newly arrived immigrants ages 9 to 14" thinking they get to write stuff about "newly arrived immigrants ages 9 to 14" at the New York Times, when all the real credentialed experts, like Mark Steyn, know that the bombings happened because of Kermit Gosnell's abortion farm.

What does abortion have to do with the Boston Bombings? Mark Steyn does not say! And yet he spends eight grafs on the delicate details of the monstrous Gosnell's Little Abortion Shop of Horrors anyway, because why not.

But that's okay, because he also got a crack in about Cambridge liberal kids sewing diversity quilts that was pretty funny, so, good one Mark Steyn! You win again.