Martin O'Malley Finally Says Something Stupid Enough To Get Noticed 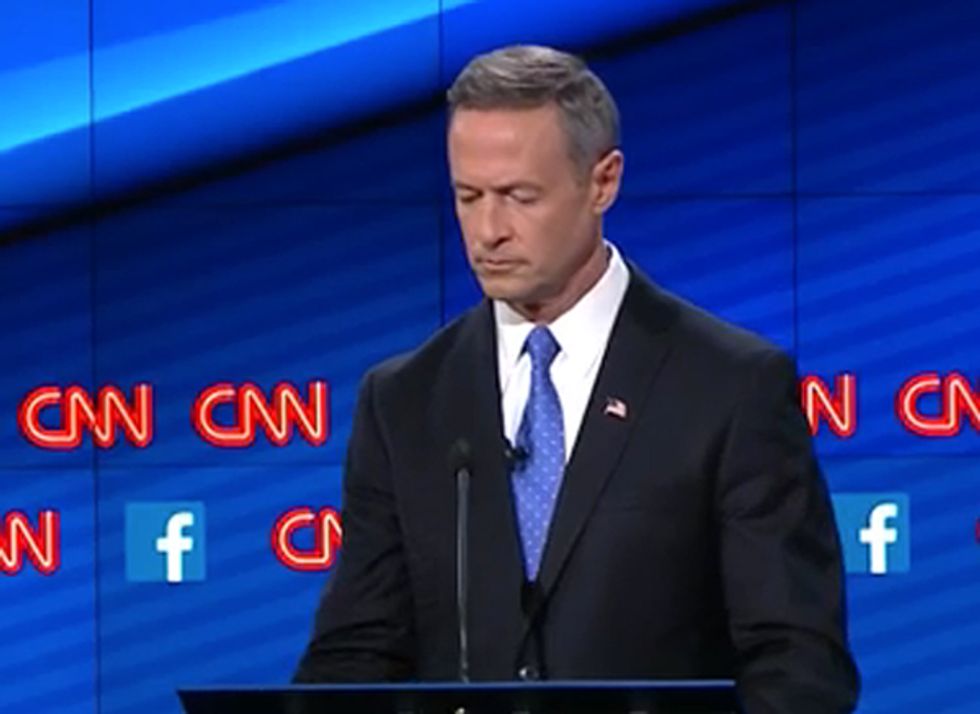 Oh, THERE are my poll numbers!

Former Maryland Gov. Martin O'Malley is finally getting some attention paid to him in the Democratic primary; unfortunately, it's the kind of attention a second-tier candidate probably doesn't want. Politico reports that, when asked what he thought of the possibility that Old Handsome Joe Biden might get into the race, O'Malley suggested the nation needs a president who never watched I Love Lucy during its original run, if you get his meaning and he thinks you do.

"I know Vice President Biden very well. I have a tremendous amount of affection and respect for him," O'Malley said. Yes, dear reader, you definitely did catch the whiff of a "but" following that thought:

"If he were to get into this race, he certainly would bring a lot of experience and that perspective, but I think his generation is already overly represented in our party in this field," he added.

So many old people, it smells like an assisted living facility on the debate stage, said the spry 52-year-old whippersnapper. Politico notes that either Biden or Hillary Clinton would be, if elected, the oldest person ever elected to a first term as president. As for Bernie Sanders, feh, forget about it.

Instead of pointing out, again, how very old Hillary Clinton is, O'Malley promised he would instead "speak to where our country's going" -- a surefire crowd-pleaser of a pledge, seeing as how no presidential candidates ever talk about the future, especially when they are old and decrepit and not likely to see much of it, the poor elderly dears.

Asked what they thought of O'Malley's obvious swipe at Baby Boomers and whether appealing to possible generational grievances was a sound electoral strategy, a focus group of millennials stared blankly at their iPhones and replied, "What?"