FIFTEEN GAZILLION angry citizens swamped the steps of the Supreme Court this morning to protest the takeover of the government by the radical Islamic Indonesian bastard orphan and known Kenyan Hussein "Barack" Obama. Some nut recentlyfiled a suit alleging that Obama wasn't born in Hawaii or somesuch, and so the Supreme Court agreed to review it, along with thousands of other cases they will also decide not to hear this session. A veritable handful of like-minded nuts decided to go to the Supreme Court in a dazzling show of support for this completely insane lawsuit.

Brave blogger "Nebaru" showed up, took photographs, and contacted your Wonkette with this stirring message: "I don't care if you rip the pictures off the blog and use them however you want." Hats off to you, kind citizen! 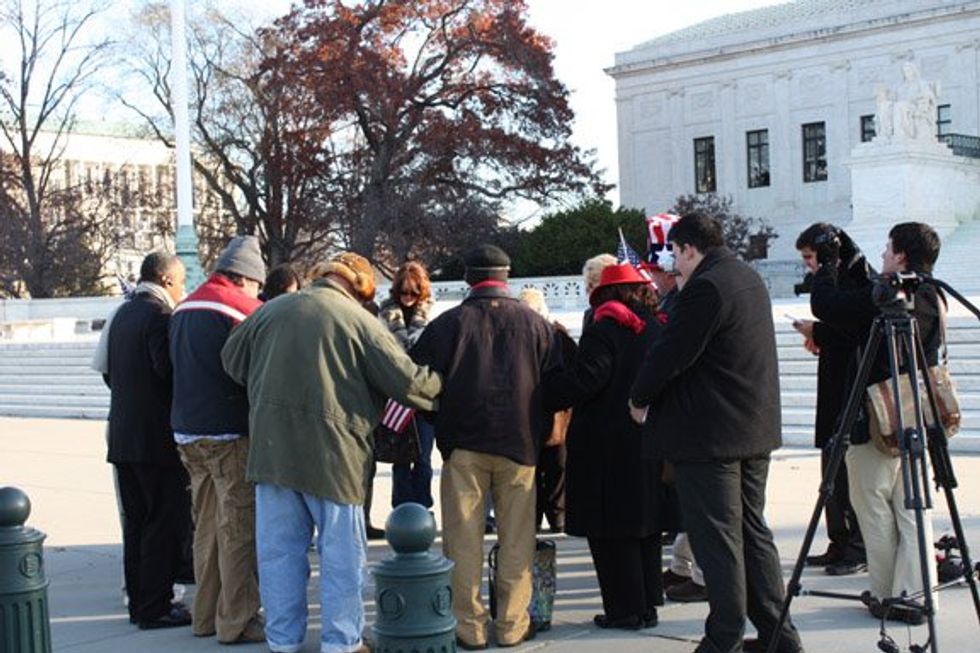 Behold the seething crowds, the media circus! The networks were all over this. 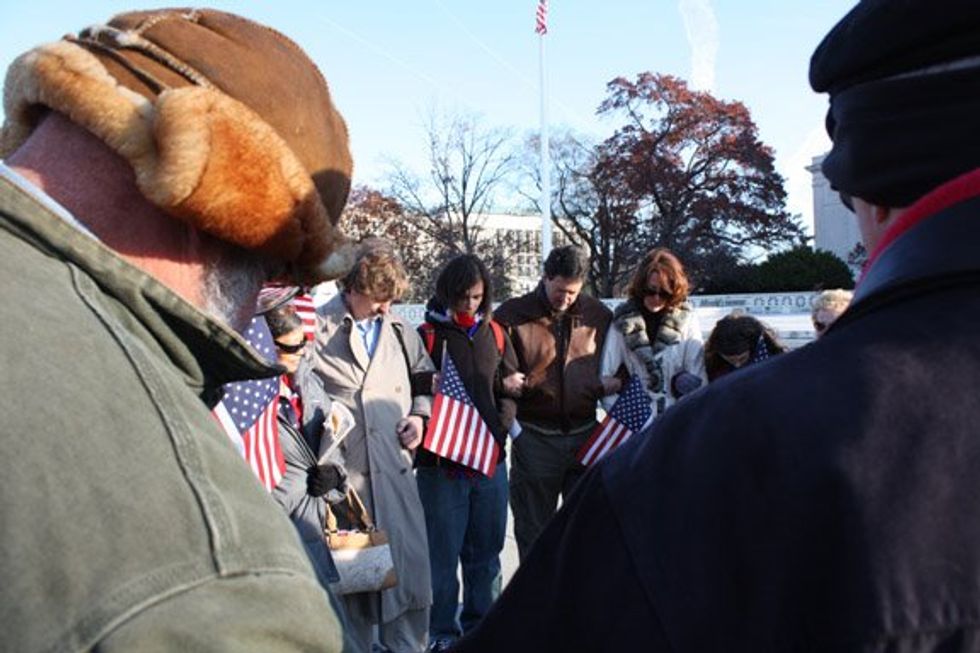 America will forever remember this day when a few valiant souls in furry hats stood around freezing their balls off, praying for Freedom.

Dipshits on Parade [American Dream, In Search of]

Wonkette At The 'Movies': The Wonderful World Of Satanic Panic Propaganda

Sanders Won Nevada, But No One Needs To Be A Chris Matthews About It

Can We All Agree That Barack Obama Should Never Follow Bill Kristol's Consistently Bad Advice?

All That Is Nice Things Melts Into Weird