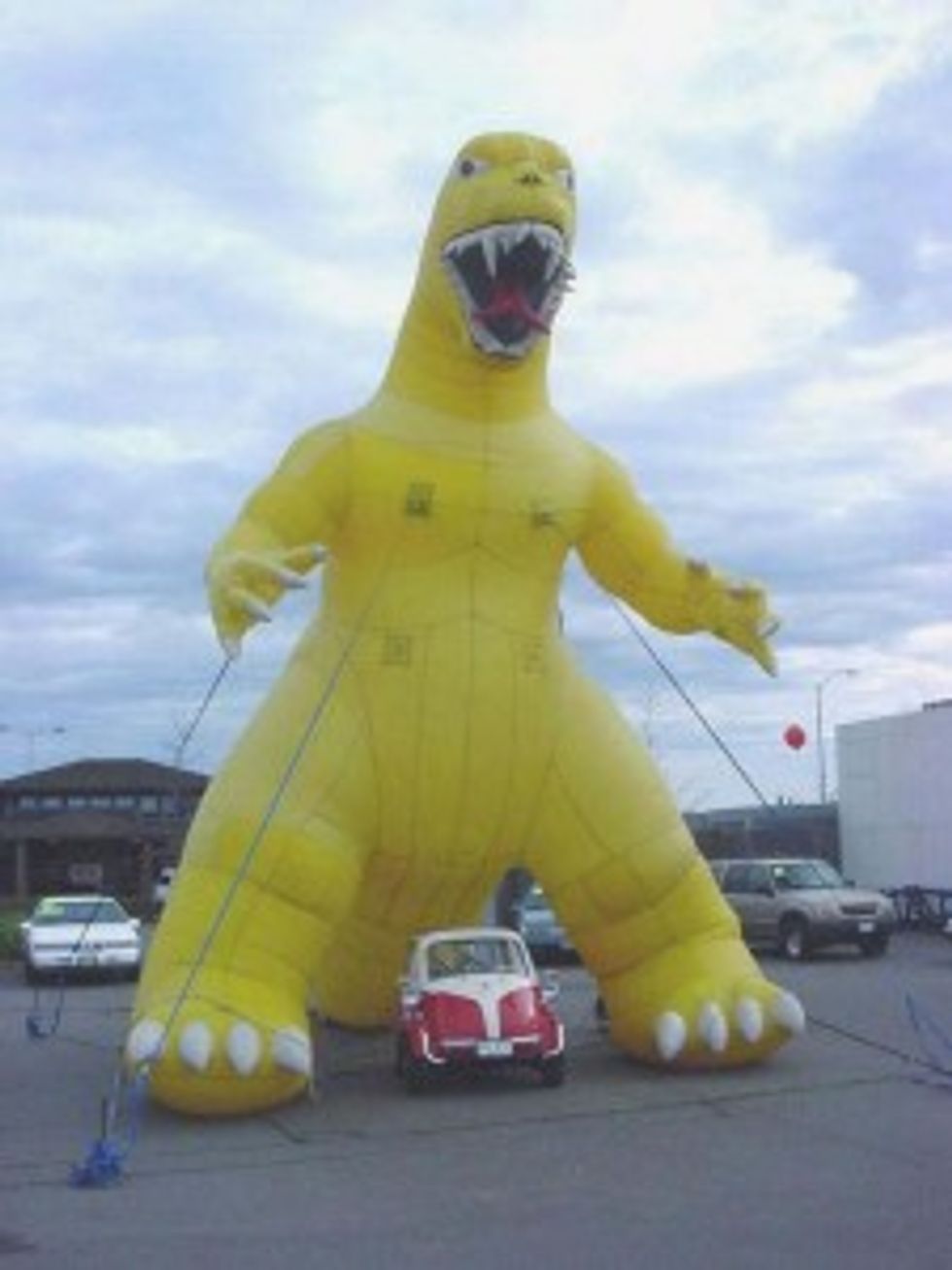 OMG CRAZED LIBTARD GODZILLA ATE WINGNUTS FOR LUNCH (and then had horrible indigestion). Scenes from the massacre yesterday: Kochsucker thug John Kasich's Ohio union-busting lawwas demolished; in Mississippi, the criminally insane anti-abortion "personhood" amendment was shredded, a new GOP-sponsored Maine law banning Election Day registration went up in flames, Republicans got hammered in Kentucky, and even in crazy old teatard Arizona it was the Arizona equivalent of ten thousand free state-sponsored abortions because "God hates browns" law-sponsor nutter state Senator Russell Pearce got a big recall face punch. What fun! Although really, GODZILLA is just thousands upon thousands of ordinary angry voters who are sick of insane conservative lawmakers. But this story cannot possibly really be about them, can it?

Absolutely NONE of this had anything to do with Barack Obama, who supported none of these votes, recalls, referendums, NONE. He has been hiding on a golf course somewhere plotting new wars and making out with John Boehner. But the esteemed denizens of the Fourth Estate cannot quite compute, so this is still somehow about the Only Election That Matters.

Here is the New York Times:

Taken together, Tuesday’s results could breathe new life into President Obama’s hopes for his re-election a year from now.

OR, for those of you who want a totally opposite meaningless read on these election results, never fear, the turdmonsters at the Washington Posthave you covered, because Republicans managed to eke out some victories in Virginia:

Tuesday’s legislative elections in Virginia appeared likely to add more evidence — as if national Democrats needed it — that the terrain of the political map will be significantly more rugged for President Obama next year.

So taken together, Obama is both losing and winning, and all the rest of you, screw off! Because these "election" things were never about you anyway. [NYTimes/WaPo]