Massive U.S. Power Outages To Get Much Worse, More Frequent 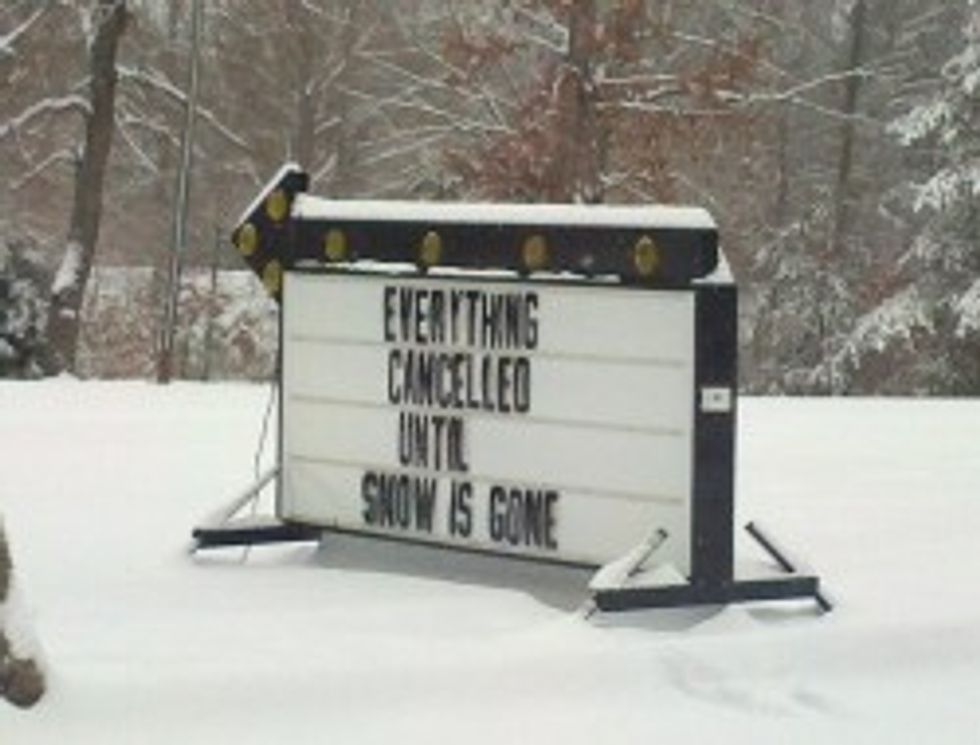 Oh, sad face again: Millions are still without power in the U.S. Northeast, for about the fifth time this year. Whether caused by hurricanes, October blizzards, tornadoes, earthquakes or mysteriously unknown reasons, the East Coast has been slammed by one catastrophic blackout after another. And experts say it's just going to get worse, everywhere, as the "new abnormal" of constant horrific superstorms and other natural/unnatural disasters wreak havoc on the nation's worn-out old power grid. Once the declining reserves of foreign oil stop flowing to America -- and that can happen immediately with a simple organized shutdown of the major U.S. ports -- we might as well walk away from our worthless over-mortgaged houses and just set up a tent in the woods. Not like we've got jobs to go to, or money to spend on more worthless plastic bullshit. God, capitalist civilization has turned out to be amassive fraud.

No one can know for sure if this is just the eternally unpredictable chaos of weather on earth or it is something more ominous; call it the new abnormal. But in recent years, suburban and rural residents have found themselves facing multiple disruptions like Mr. Frohne’s. Experts say the violent weather of the past few years in the Northeast is stressing the 20th century above-ground utility grid as never before, along with the people who depend on it.

Few solutions are in sight. A report by the Edison Electric Institute updated at the end of 2010 said that over the past 10 years, at least 11 states studied putting utility lines underground — usually after devastating storms — only to find it too expensive. “To date, no state utility commission has recommended wholesale undergrounding of the utility infrastructure,” it concluded.

Listen, we will help you with these problems: Live in a modestly-sized, well-insulated home. Use the last of your "consumer credit" to buy some solar panels and a solar hot-water system and maybe a low-profile wind-energy generator like the Windspire, and then cut up the cards and recycle the plastic and then recycle your mailbox, because you're not going to repay these debts or any other debts, ever. Don't watch teevee. Stay warm by exercising and having sex (with other people, not the computer). Let's see, what else? Oh yeah, round up all the media people and politicians and bank managers and Wall Street executives and dump them all into the (abandoned) corporate sporting event stadiums. Then they can use all those "dog eat dog" metaphors to stay alive. Build a snowman! Or gender-neutral Snow Being. Worship it, or not. Do some fruit and vegetable canning, give a hoot, etc. [NYT via The Awl]