Maxine Waters Beated Lefty Reporter To Death, But It's OK He Got Better 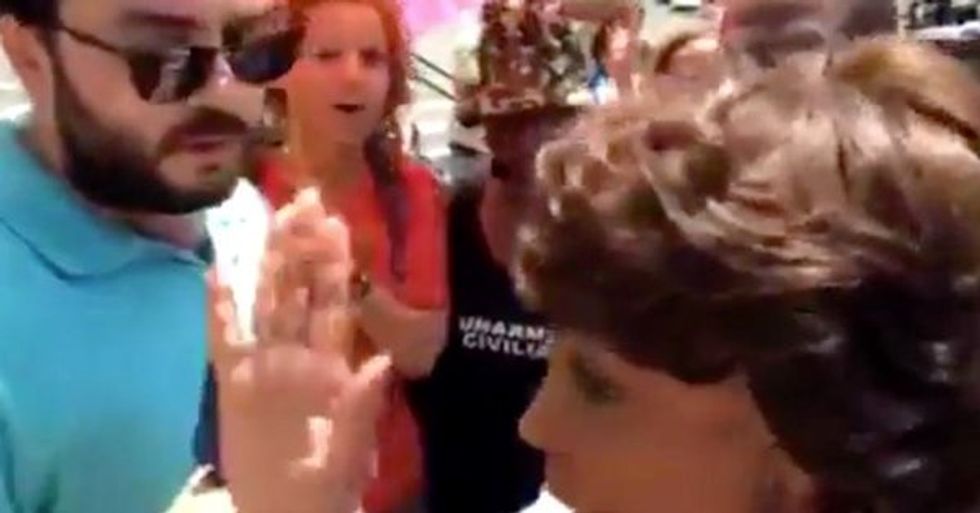 If you sensed a great disturbance in the Force this weekend -- as if a liberal reporter had his microphone-holding hand moved away rather brusquely by a 78-year-old congresslady, and then acted as if it were a violent assault on the press -- then here's your explanation: Michael Tracey, this one reporter for The Young Turks, put his microphone in Maxine Waters's face on Saturday at the March For Truth in Los Angeles, and when she was tired of talking to him, she pushed his hand out of the way with the violence of several tonnes of TNT.

Tracey took to the Tweeter machine to express his outrage and shock, because come and see the violence inherent in the system!

"During a one week span in March, I looked at your tweets, and about 60 percent had to do with this Russia issue. Do you think that's a proportionate focus?" Tracey asked, somehow implying that cherry-picked statistics about Waters' social media posts is a meaningful measure of her work and focus.

Waters responded that yes, indeed, "We can walk and chew gum at the same time." She went on to add that "Russia is not our friend... They are undermining our democracy."

Tracey then asked his "gotcha" question: If Russia isn't our friend, why was President Barack Obama negotiating the use of military force with Russia with regards to Syria toward the end of his administration?

And then, she initiated physical contact! -- she pushed his hand aside, possibly with felonious intent, malice forethought, and a decided lack of willingness to suffer fools gladly. Tracey took to the Twitters and was roundly mocked by virtually everyone, because we know what a politician assaulting a reporter looks like. We saw that happenjust two weeks back in Montana. A small sampling:

As for that last one, claiming 239 tweets, we didn't count, but it sounds about right -- Tracey appears to have replied to an astonishing number of the tweets making fun of him.

Some folks even found hidden Zapruder-film footage of the assault, from different angles, that made clear the extent of the American Carnage: