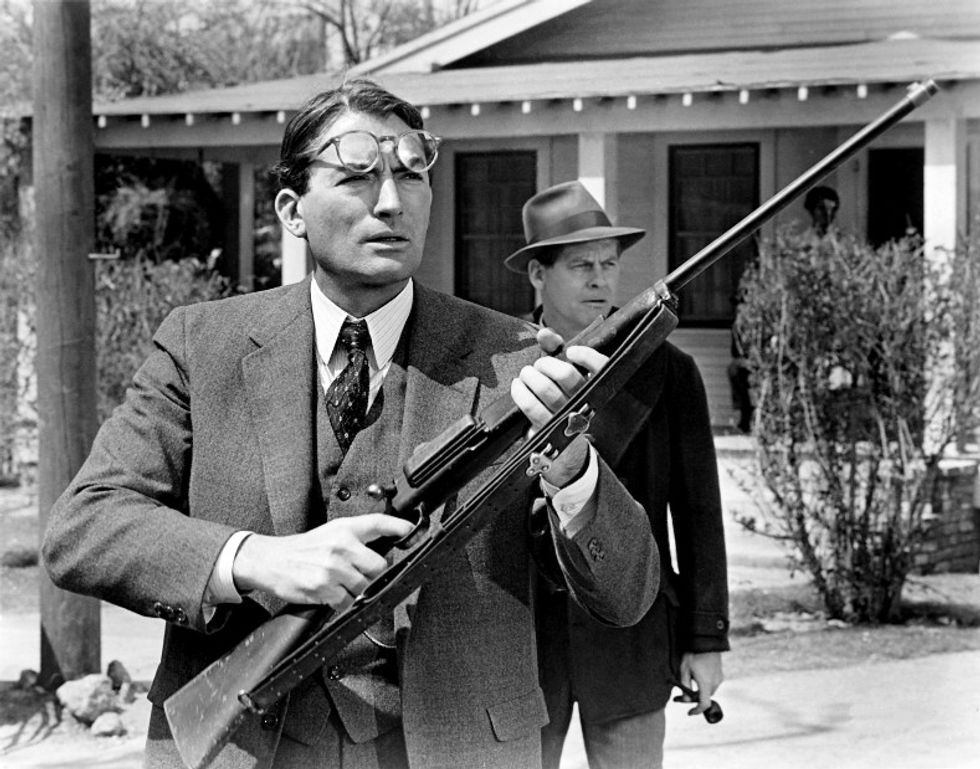 Second things ARE YOU KIDDING ME?

The letter described the assignment saying "When we return in January, students will watch the movie To Kill a Mockingbird and do a research paper on the history of the Ku Klux Klan. This paper will be a persuasive paper defending Klan members on trial. The research is being done leading into Black History Month 2017. The goal of this paper is not to teach the students the Klan was correct in their behavior, but rather to teach the students to write persuasively."

Thirdly, the movie? Not the book? OK, the movie has Gregory Peck, like we said, so: fair.

Fourth: which Klan guys are on trial? Because the trial in To Kill A Mockingbird is of the black guy, with the chiffarobe, because he wouldn't bone down with Miss Mayella Ewell. WHAT IS THIS TEACHER TALKING ABOUT? WHAT KLAN TRIALS?

Does she mean the South Carolina Klan Trials of the 1870s? Because those trials were for "Conspiracy to prevent blacks from voting; conspiracy to oppress, threaten, and intimidate blacks who had exercised their right to vote in 1870." (Thanks Encyclopedia!) And that sounds real familiar today!

Fifth: If this were an exercise in protecting the free-thought and free-speech rights of despised minorities (like, hopefully, the Klan will continue to be for a while), we and the ACLU would agree! Have any Klan members been "on trial" merely for their beliefs? I do not think so? I feel like we would have heard about that?

Sixth: What a weird-ass damn thing to kick off Black History Month, Milwaukee charter school teacher lady. I guess some people are taking the media's insistence that Democrats love and empathize with "economically anxious" Trump voters a little too seriously.