Maybe Don't Stiff Your Server Because You're Mad About Apartheid 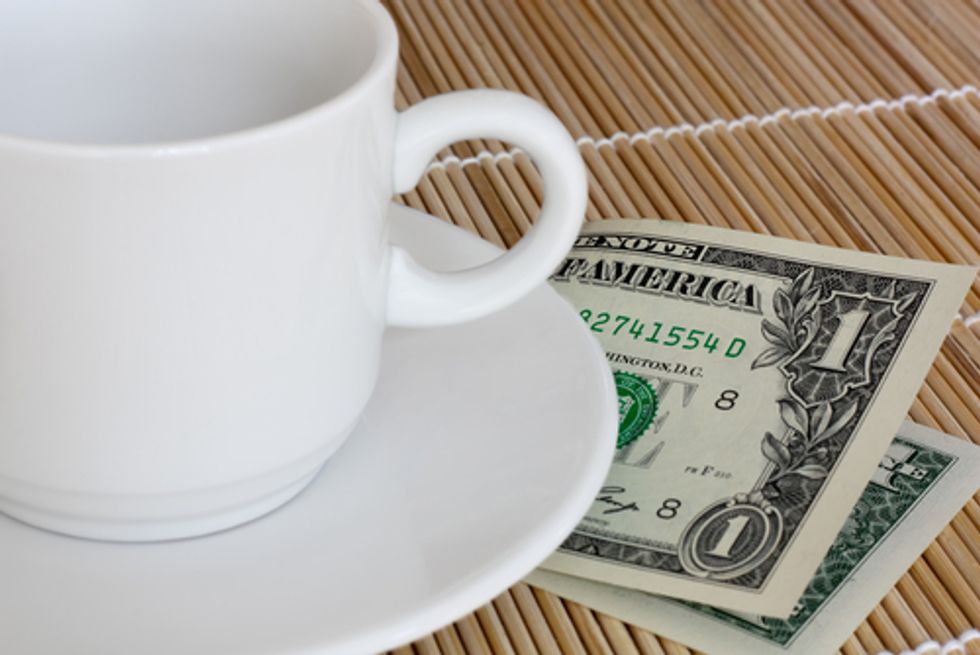 What reason is someone using to avoid having to tip now? Oh, Apartheid? Well, that's a new one. Cool.

An Oxford University student named Ntokozo Qwabe created something of a viral storm after celebrating his friend's shitty treatment of a server in South Africa. The short version is Qwabe's friend decided to leave a note to the group's white South African server saying "WE WILL GIVE TIP WHEN YOU RETURN THE LAND" on a receipt at Cape Town's Obz Cafe. Qwabe apparently thought this was so great he decided to make a long post about it on Facebook, even openly celebrating when the server, Ashleigh Schultz, burst into tears.

Here's a screengrab of the since-deleted Facebook message Qwabe posted:

Now, before we go any further with this story, we need to take this opportunity to remind everyone that Apartheid was freaking horrible. Its closest post-slavery analogue in America was probably Jim Crow, but even that doesn't really come close to summing up how terrible Apartheid was. It was messed up and awful and spawned countless atrocities. South Africa is understandably still dealing with the aftereffects of what can only be considered a long-running crime against human decency (one in which we, it's important to note, were at least partially complicit -- THANKS, REAGAN).

Here's the thing, though: We feel reasonably confident in the assumption that Ashleigh Schultz isn't responsible for any of the horrific actions of the Apartheid South African government. Call it a hunch, but we think we can assume she didn't kill Steve Biko. We can also most likely assume that if she's waiting tables, she is probably not a rich fat cat benefiting from stolen land. So punishing her by refusing to tip her because you're (rightfully) pissed about the horrible legacy of Apartheid isn't some valiant act of defiance against the oppressors -- it's a dick move. You're not some hero standing up for social justice against the man, you're a self-aggrandizing asshat. Also, anyone who enjoys the idea of making a random stranger cry is pretty much a douchebag, just on general principles.

"It is irrelevant whether you personally have land/wealth or you don't. Go to your fellow white people & mobilise for them to give us the land back."

Oh cool, I'm sure Schultz will go ahead and place a call to the white people in South Africa, and suddenly the problem will be fixed. Yay for you, Qwabe! You solved the scourge of white supremacy, and all it took was being a bag of assholes to some random server just trying to do her damn job. You are the specialest of snowflakes. Seriously, this whole thing is so patently dickish that were it not for the screenshot evidence -- and Qwabe/Schultz not denying that the incident actually took place -- we would've thought it was a hoax, and that's even leaving aside Qwabe's odd, recurring vendetta against the correct use of the word "reluctantly."

Schultz herself will be fine: a crowdfunding campaign for her was set up by someone in Louisiana, of all places, and has since raised over $6800, which actually brings up another important point. Incredibly (and believe us, nothing about this story is as shocking to us as the sentence we're about to type), it was summed up intelligently and succinctly by a Facebook commenter named Orlole Friedemann.

"Firstly, what Qwabe and his friend did was deplorable [...] so doing because the server is white, and then mocking her on social media, is reprehensible. Secondly [...] many black servers deal with macro and microagressions [sic] on a daily basis, and no social media storm results. This is not to say that a reaction to the mistreatment of the server was wrong, but it does throw into strong relief the different responses to white and black pain."

#TeamOrloleFriedemann. We're not even going to pretend we can sum up or make any arguments better than Friedemann did here, because it's basically perfect. While Qwabe is a dick and we feel for Schultz, let's not pretend black servers (who indisputably get screwed over on tips to a disproportionate degree) would get anything like the response Schultz has.

Anyway, don't screw over your server because you have an ax to grind, everybody please try to treat each other with basic decency and kindness, the end.