Mayor Bloomberg On Wall Street Protests: We Need 'To Help The Banks' 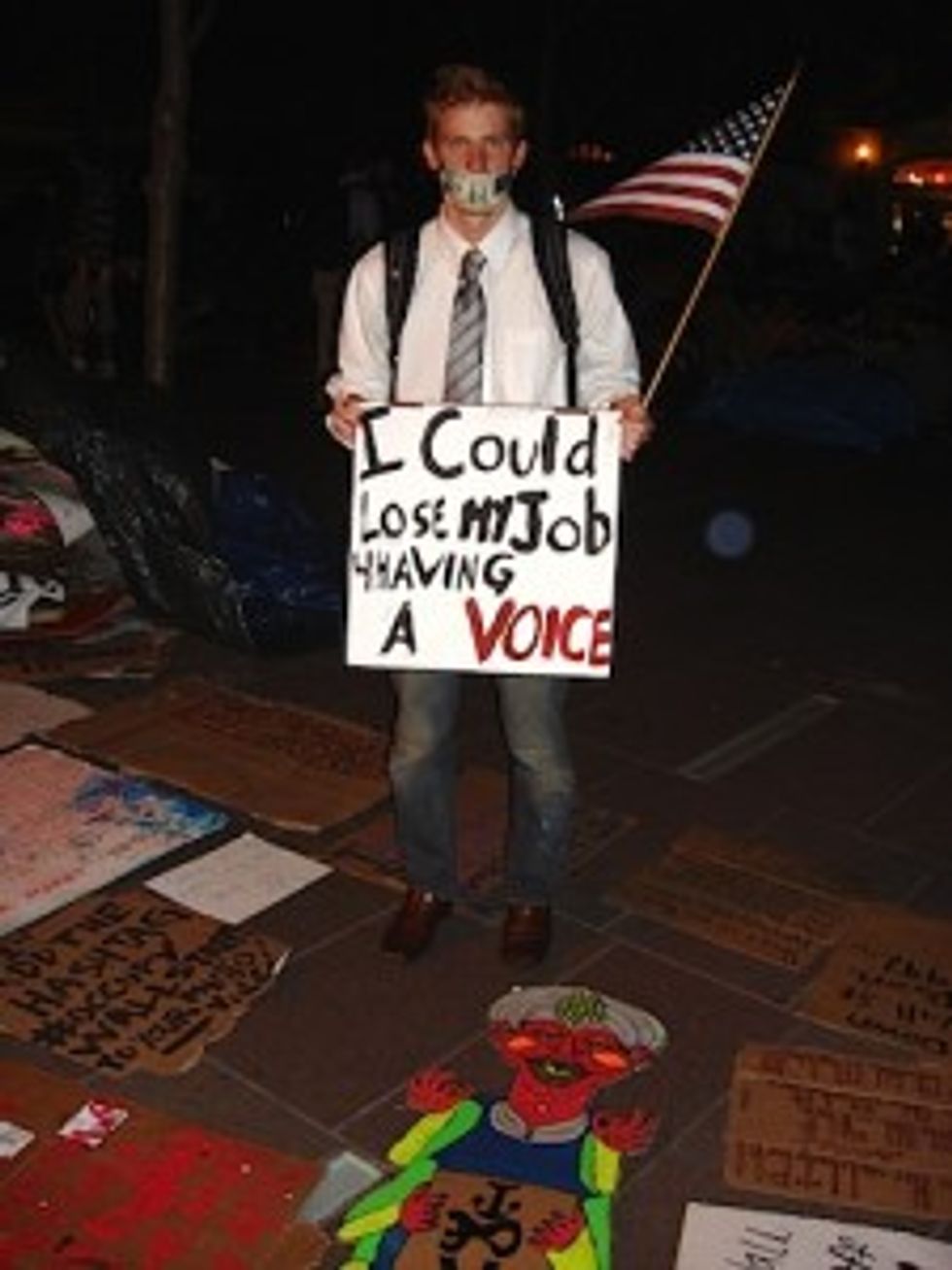 UH. NYC Mayor Michael Bloombergdiscussing the Wall Street protests: "The protesters are protesting against people who make $40-50,000 a year and are struggling to make ends meet. That's the bottom line." Hm! We could try to unpack that and "solve" the riddle of this bizarre statement, which is the utter opposite of what is the actual case, but let's dive right into the subtext and assume the swelling heathen ranks of protesters are starting to itch like wet beach sand in Bloomberg's nervous trousers. Or, Michele Bachmann took over his brain.

​New Yorkers need "to help the banks" was Mayor Michael Bloomberg's message to the Occupy Wall Street crowd in his weekly radio appearance on the John Gambling show.

"The protesters are protesting against people who make $40-50,000 a year and are struggling to make ends meet. That's the bottom line," Bloomberg said, presumably meaning service workers on Wall Street, adding that "we all" share blame for taking on too much risk, not just the financial industry.

"And people in this day and age need support for their employers. If the banks don't go out and make loans we will not come out of our economic problems, we will not have jobs so anything we can do that's responsible to help the banks do that is what we need."

Hm. Nope. Every single sentence quoted from this radio interview is about as factual as "Jesus rode whales around Neptune with Axl Rose for six thousand years, which led to the invention of the tambourine and the horse." That was our free-association response to "Americans caused the banks to collapse and protesters hate service workers and middle class wage-earners." Make your own! [The Village Voice/Photo courtesy of Wonkette super-operative "kenlayisalive"]