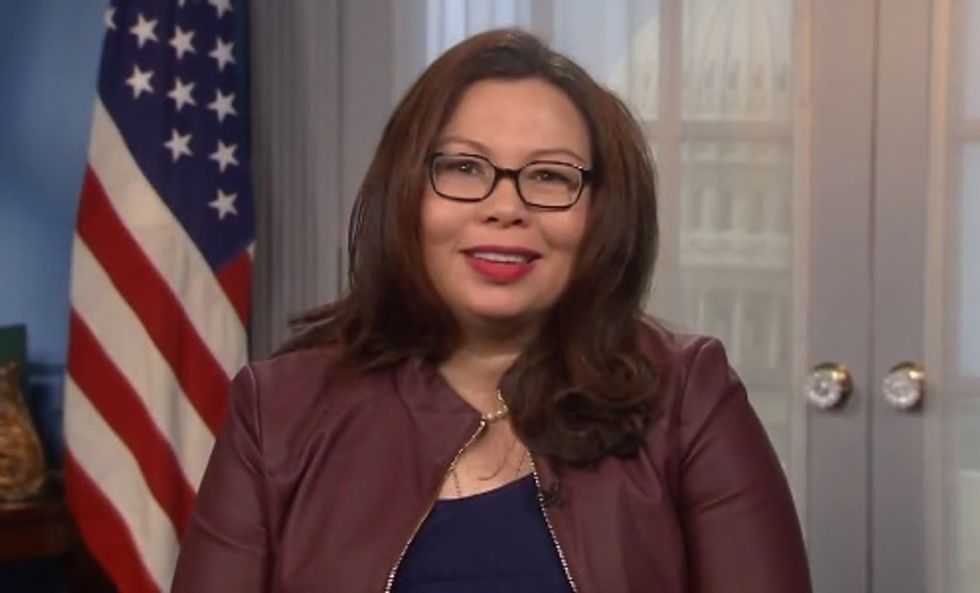 A great big congratulatory shout out to Tammy Duckworth, who today became the first sitting US Senator to give birth while in office, although if you want to get technical about it, she was probably neither seated nor in her office at the moment. The new baby is the senator's second daughter (her first, Abigail, was born when the Illinois Democrat was still in the House). As is traditional here at Wonkette, we'd like to join Kurt Vonnegut's Eliot Rosewater in welcoming Maile Pearl Duckworth to Earth:

Hello babies. Welcome to Earth. It’s hot in the summer and cold in the winter. It’s round and wet and crowded. On the outside, babies, you’ve got a hundred years here. There’s only one rule that I know of, babies — “God damn it, you’ve got to be kind.”

Federal prosecutors in Manhattan obtained the search warrant after receiving a referral from the special counsel, Robert S. Mueller III, according to Mr. Cohen’s lawyer, who called the search “completely inappropriate and unnecessary.” The search does not appear to be directly related to Mr. Mueller’s investigation, but likely resulted from information he had uncovered and gave to prosecutors in New York.

Cohen's goddamn attorney, Stephen Ryan, said he had been "advised by federal prosecutors that the New York action is, in part, a referral by the Office of Special Counsel, Robert Mueller," if you can fucking believe it.

Ryan said Cohen has already been cooperating with authorities, and had turned over scads of documents to Congress for its Russia investigation, which is a nice distraction because duh, this raid was not about that, you already said. Or maybe it was! The Times, citing a "person briefed on the search" -- probably not a baby, then -- said the payments to Stormy Daniels were just one of several topics related to the search:

The seized records include communications between Mr. Trump and Mr. Cohen, which would likely require a special team of agents to review because conversations between lawyers and clients are protected from scrutiny in most instances.

"Jesus Christ, that's something," we suppose the unidentified source may have added. Also too, it's worth noting that the Interim US Attorney for the Southern District of New York is Update/Correction: turns out that Berman was recused, and we know nothing about this deputy US attorney who signed off on the raid, Hillary Barack Deepstate III. In other words another deep state shill who's in the tank for Hillary.

Also, we hope there weren't any personal items of the "with-batteries" kind in Michael Cohen's hotel room, because that would sure be embarrassing.

And now it's your Open Thread!