McCain Concedes, With Dignity, This Is Awkward 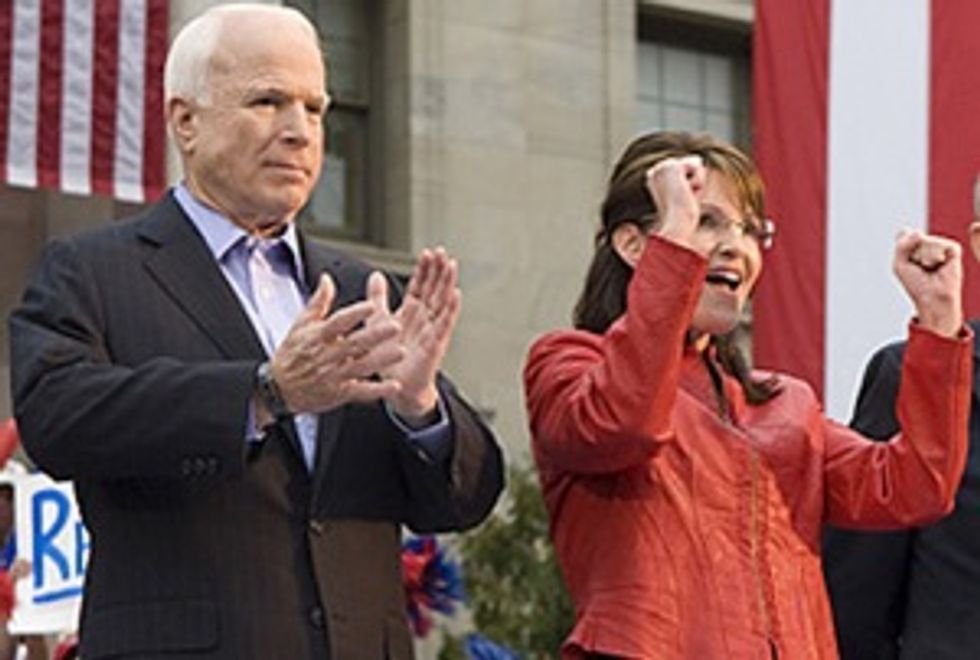 Ugh, must we do this, too? Yes, we will watch John McCain, who is looking down with disgust at his supporters, who are booing and hissing. It is no fun to lose a contest. But good god, his supporters are garbage. McCain looks like he's going to cry. What a bunch of trash. Good god, they're a mob. A mob. They never even liked him, and only really came around when he stupidly hired a moron to fill out the ticket. He won't mention Palin!

11:26 PM -- They will gather 'round this stupid fool, Sarah Palin, who shouldn't be allowed to night-manage a Circle K.