McCain to Be For Romney After Being Against Him 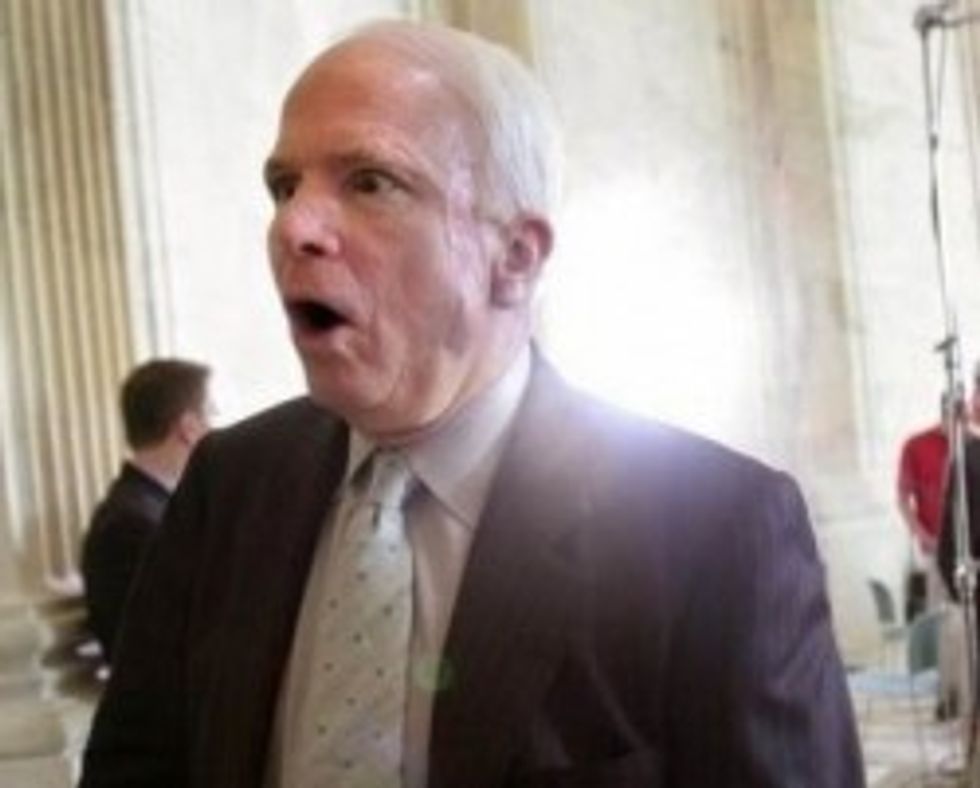 During Iowa's caucus coverage Tuesday night, some time around thirteen o'clock, in between the 98th and 99th time Wolf Blitzer assured us that "we're watching this vee-ee-ery closely," a message flashed on the screen that Senator John McCain, former thingy, plans to endorse Mitt Romney as the GOP nominee. Turns out McCain has no respect for the transcendent discussion surrounding the Great Iowa Tie, and will endorse Romney today in New Hampshire, where the candidate has fled after his blithering Sudafed overdose of an Iowa tie-speech Tuesday night. How many of you saw this coming? Everybody? Great.

Here's the thing. No. I mean more specifically, what position has Romney promised McCain to shut/open him up? These two men despised each other, or so it appeared four years ago (here is just one of many examples of the seething disdain). Despite what McCalin became a few years ago and how it has caused us to forget he exists until now, we can delight in imagining that getting McCain to endorse Romney must have been a trip, e.g. pulling teeth/herding cats/rolling a boulder up a mountain/other Sisyphian tasks. But he did it, by god!

Romney, being a blank slate upon which McCain can most easily project a conceptual 2012 Republican nominee, does make McCain's job of having to be in the spotlight and do vaguely influential things easier. There's no one else McCain could stomach endorsing, ideologically. The closest best thing would probably be Jon Huntsman, but McCain's not about to endorse him, chiefly because Huntsman's campaign is helmed by John Weaver, who was McCain's strategist for a very long time until they broke up in July of 2007. (Weaver does seem to be a magnet for drama and dissension, with some Huntsman defectors/gossips crediting Weaver with that campaign's problems. But that's another very zzzzzz story.) For McCain, more upstanding people to thumb up aren't running/don't exist.

That leaves Romney, which is a phrase that will continue to chase us through the woods of our darkest night terrors. [LA Times]