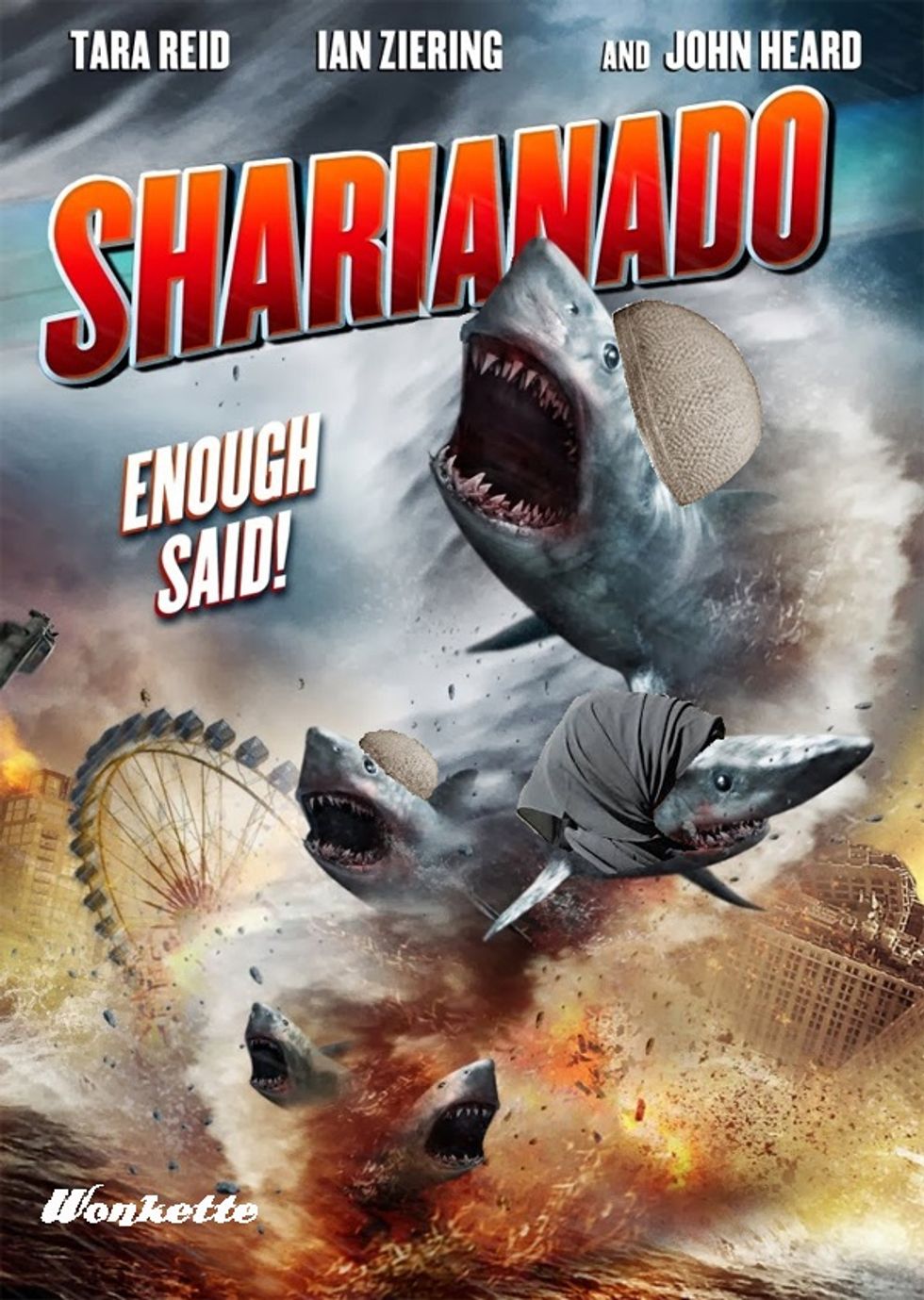 Oh fiddlesticks, the Sharia law is coming to Indiana, probably. A cruel federal judge named Tanya Walton Pratt has ruled that she doesn't even CARE that horrifically stupid Republican Gov. Mike Pence does, like, three oopsie squirts in his pants every time he thinks about scary Syrian refugee children, and even worse than that, he's not allowed to stop them from being resettled right there in his state, among children of the corn who elected him. Everybody take cover!

A federal judge on Monday ruled that Indiana Gov. Mike Pence overstepped his authority when he ordered state agencies not to pay refugee resettlement agencies with federal grant funds for their work helping to resettle Syrian refugees. [...]

“The State’s conduct clearly discriminates against Syrian refugees based on their national origin,” U.S. District Court Judge Tanya Walton Pratt wrote in the order. “Although the State says it has a compelling reason for doing so—the safety of Indiana residents— the withholding of federal grant funds from Exodus that it would use to provide social services to Syrian refugees in no way furthers the State’s asserted interest in the safety of Indiana residents.”

Translation: Judge Pratt does not find your pants-shitting fear over Syrian refugees compelling, and also suck it, Mike Pence.

[contextly_sidebar id="bPYvM9gvX4858hhuyuf0DFhNFBIYuPZe"]If you're surprised by this result, you might be a moron. See, when our long national nightmare of Muslim toddlers from the scary brown people nation of Syria began, Republican governors banded together and proceeded to cry and cry and cry some more about how children fleeing a war-torn land is tantamount to ISIS sneaking into America and burning the whole place down. They were NOT about to let any of those people come in and destroy Our American Way Of Life with their Muslim-ing.

[contextly_sidebar id="jMcKDAJgXpVjIYAXmkkgwPM4Vkcju0aS"]Do those governors have the authority to bar them from their American states? Shit no. Didn't stop 'em from being dicks. Texas Gov. Greg Abbott tried SO HARD to keep the Syrians from lollygagging into his state, but he was too weak to stop them. Indeed, a federal judge ruled in February that Abbott was cordially invited to lick a dick with his efforts to keep those scary Islamics out. And now, right this very second, there are refugees learning to Remember The Alamo and that everything is bigger in Texas, et cetera. (INCLUDING JIHAD PROBABLY.)

[contextly_sidebar id="0ZMfILw60cAt9nmFQmJ5vgW66Lp15QIr"]Of course, this OMG SQUEEEE TERRORRRRRRRR! over Syrian refugees has been a feature of our national discourse for several months now. After the Paris attacks (which were actually not committed by 4-year-old Muslim Dora The Explorer fans, despite what you might have heard on Fox News), it seems if you had an "R" anywhere near your name, you immediately lost your shit. Donald Trump,Mike Huckabee,Ben Carson ... all of 'em. Hell, Congress actually held an emergency vote on Syrian refugees, to let ISIS know that its mission of instilling fear in the hearts and minds of American idiots had been fully accomplished.

And now this! Oh well. Texas probably doesn't exist anymore, and we guess Indiana won't either after this ruling, LOL big loss.

We'll close by reiterating our Official Wonkette Policy On Syrian Refugees, because what the hell, might as well say it again for anyone out there who is still too dippy to understand:

And if you don't like it, go fuck yourself.