Meet Brett Talley, The Horror Novelist Who's Never Tried A Case And Is Going To Be Judge Of You 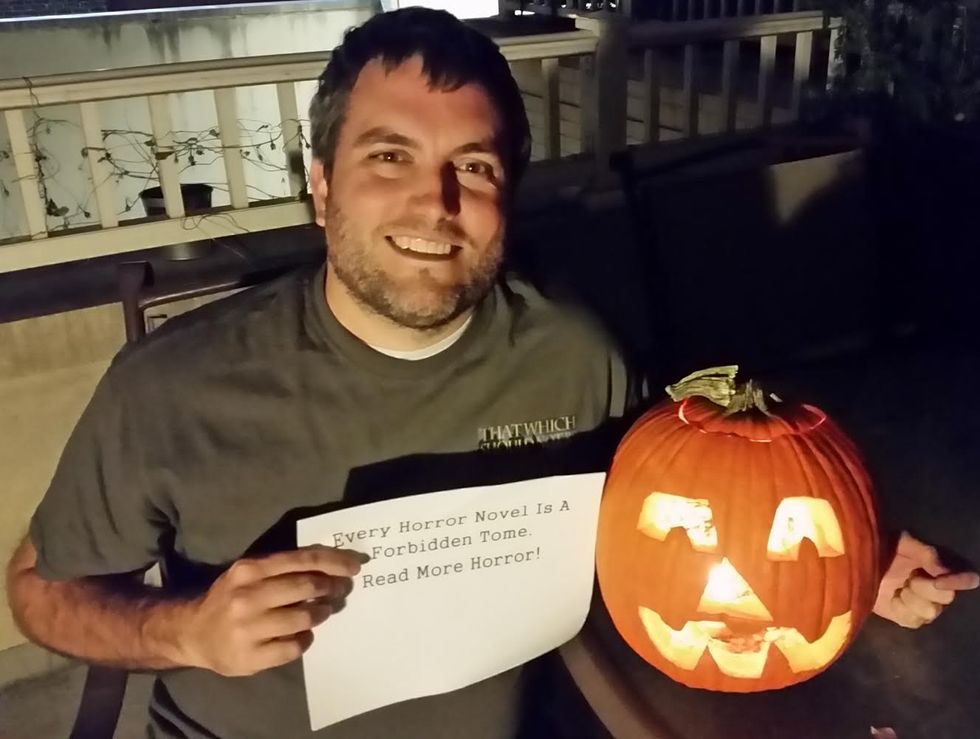 Donald Trump has made a lot of shitty judicial nominations, but Brett Talley might be the shittiest. Let's start with the obvious stuff.

In no universe is this guy an appropriate choice for a lifetime appointment to the federal bench! After 28 people were shot at Sandy Hook Elementary, this loon wrote a post on his political blog calling Obama's push for background checks and limits on high-capacity magazines "the greatest attack on our constitutional freedoms in our lifetime." In Talley's fevered brain, the only thing standing between Americans and chaos is the NRA. As reported in the LATimes,

“The object of that war is to make guns illegal, in all forms,” Talley wrote. The NRA “stands for all of us now, and I pray that in the coming battle for our rights, they will be victorious,” he added.

A month later, he reprinted a “thoughtful response” from a reader who wrote: “We will have to resort to arms when our other rights — of speech, press, assembly, representative government — fail to yield the desired results.” To that, he wrote: “I agree completely with this.”

Brett Talley really does have an active imagination. He also writes horror novels in his spare time.

Which is cool, bro. Although most applicants to the federal judiciary haven't left quite as broad a record of cosplay photos online.

You can read infinity horror movie reviews at Talley's fantasy/horror blog. And there's obviously no reason a Lovecraft lover can't be a federal judge. We're far more interested in Talley's political blog, WHERE HE ADVOCATED TAKING UP ARMS AGAINST THE FEDERAL GOVERNMENT. This seems like a huge red flag, and Republicans give no shits. They just want to pack the judiciary with wingnuts, and the younger the better.

Now, we all remember that these assholes stole Merrick Garland's seat on the Supreme Court. He'd been approved 76-23 to the DC Circuit, but Chuck Grassley refused to even hold a hearing for Judge Garland during the entire last year of Obama's presidency. Republicans have some chutzpah to complain now that Democrats are slowing down their judicial appointments considering the GOP's history of obstruction. Via LATimes,

When Trump took office in January, there were more than 100 vacant seats on the federal courts, thanks to an unprecedented slowdown engineered by McConnell during the final two years of President Obama’s term. The Senate under GOP control approved only 22 judges in that two-year period, the lowest total since 1951-52 in the last year of President Truman’s term. By contrast, the Senate under Democratic control approved 68 judges in the last two years of George W. Bush’s presidency.

FFS, they even have a PAC that changes its name from Judicial Confirmation Network to Judicial Crisis Network and flips positions based on which party holds the presidency! JCN took in $18 million dollars to oppose the Garland nomination, but now they're going gangbusters to solve the "crisis" of judicial vacancies by jamming all the wingnut nominees through.

But back to Talley. Last week, all 11 pathetic Republicans on the Senate Judiciary Committee voted to advance his nomination to the full Senate. So next time we slip and start to think Lindsey Graham has an iota of honor, please remind us that Senator JAG Attorney actually voted for a guy who never tried a case in his life. Ditto Sasse and Flake. Ben Sasse has lately been on a tear about the mean liberals from the ABA giving Nebraskan loon Steven Grasz a thumbs down. The ABA deemed Grasz unqualified because (1) his colleagues called him politically vindictive, (2) he professed his intent to disregard the settled law of Roe v. Wade, and (3) he was "unable to separate his role as an advocate from that of a judge.” Naturally Sasse took to the floor of the Senate to tell this body of august lawyers that they know nothing about the law. He really is an astonishing intellectual whore.

And speaking of whores, now we'll get to see if any of the GOProstitutes will step up and vote against Talley's preposterous nomination. They're getting a ton of bad press, so perhaps there's still a chance that we can keep this dipshit off the bench. PLEASE CALL YOUR REPUBLICAN SENATORS! You're calling them anyway about this tax abomination, right? RIGHT?

We survived last week's news cycle, and we're back for more! Please throw some bills in the kitty for NoDoz and Slim Jims!