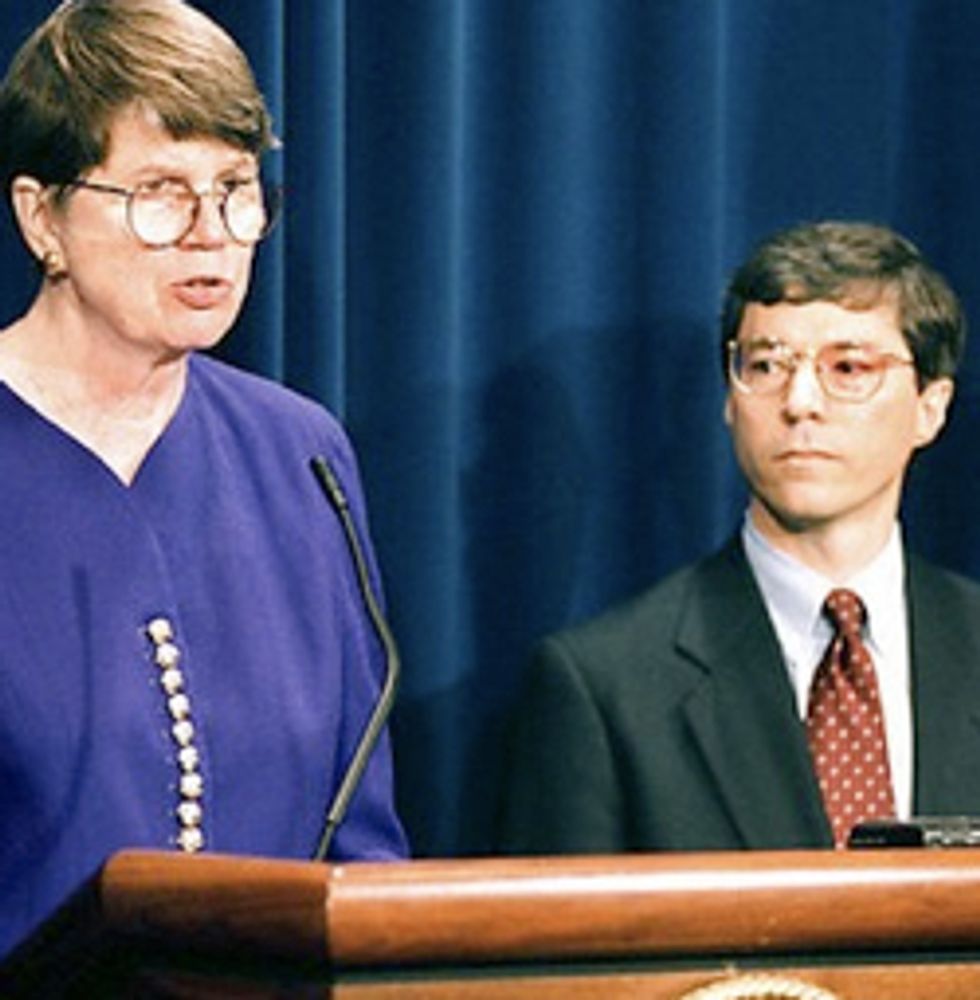 Fox News opened a recent Ogden article with this: "Senators might want to hold David Ogden's confirmation hearing after the kids go to bed." Because Ogden may try to molest them!

One of Ogden's triumphs came in 1986, when he argued against the Library of Congress' decision to stop publishing Braille editions of Playboy magazine.

He won, on behalf of the the American Council for the Blind, Playboy and other plaintiffs.

Afterward he was quoted as saying he hopes the decision doesn't create a burden but "that's the price of violating people's First Amendment rights."

Ogden also represented Playboy two decades ago in pushing for the federal court to stop then-Attorney General Edwin Meese from releasing a "black list" of distributors of allegedly pornographic content. He won that as well.

Ogden frequently represented clients, not all of them nudie-magazines, who challenged what they saw as censorship and unconstitutional restrictions.

Did they just write "nudie-magazine" in their article?

For instance, he once filed a brief on behalf of a group of library directors arguing against the Children's Internet Protection Act. The act ordered libraries and schools receiving funding for the Internet to restrict access to obscene sites. But Ogden's brief argued that the act impaired the ability of librarians to do their jobs. He called it "unconstitutional," though the Supreme Court later disagreed with him and upheld the act.

Yeah for chrissake, can't a librarian get off at work anymore? What is this, FINLAND?

Nevertheless, Ogden made the wingnuts spew the typical fire, from their anuses:

"Ogden has been an activist in the support of a right to pornography, a right of abortion and the rights of homosexuals," said Patrick Trueman, a former Justice Department official during the first Bush presidency who is now in private practice.

Pornography = abortion = queers, is what he's trying to say. Huh?