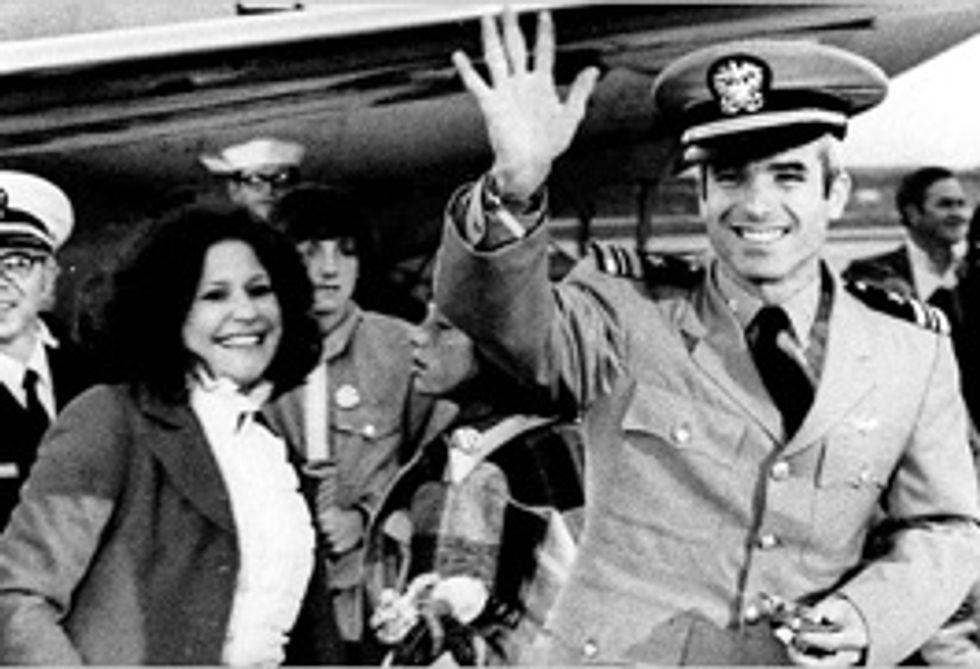 John McCain is such a maverick that nobody believes he's really a Republican, but in the"abandoning your ailing wife for a new young wife" department, McCain is 100% GOP. We will hear lots more about Carol McCain, the swimsuit model Walnuts married when Barack Obama was almost four years old and divorced when Barack Obama was still in high school! But will we see more of her? This is the only known picture of John and Carol.