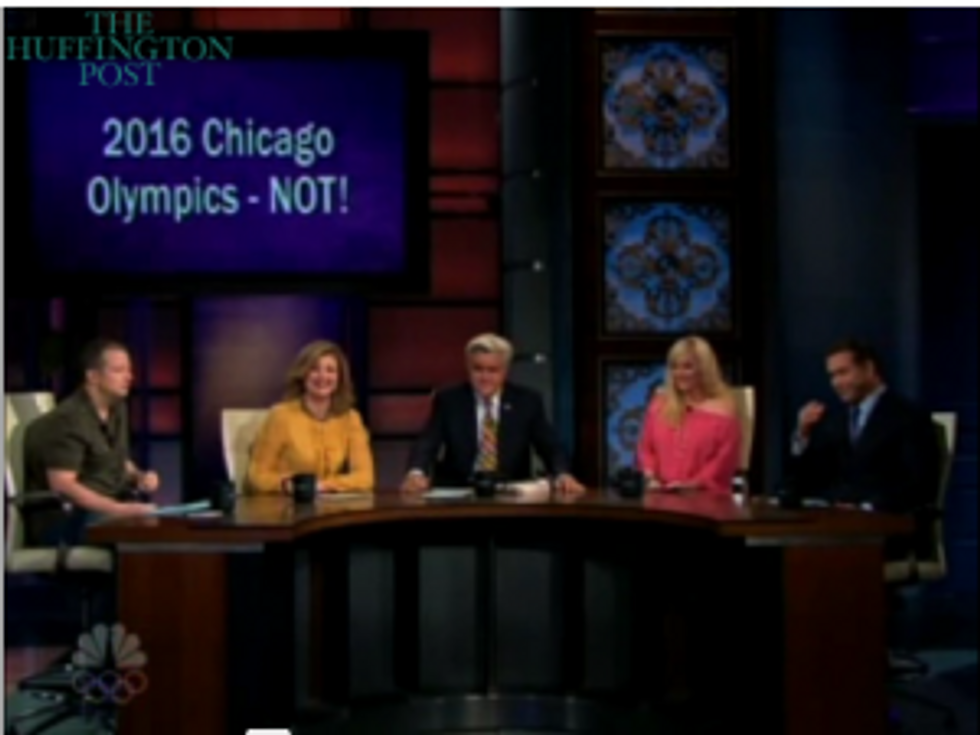 What you are seeing here is Arianna Huffington, Stephen Baldwin, Jim Norton and—as required by law—Meghan McCain talk about crucial politics things with Jay Leno, who is apparently living out some nascent Bill Maher fantasy, what with the newsy roundtable. It is a disaster, especially the zeitgesity David Letterman part. Arianna talks about having affairs with married people, and then our Meg says something about how her dad is John McCain, and how awkward this makes sex!!, or something. There are about 90 elephants in the room... which reminds your Wonkette Editor: NEW ZERO TOLERANCE POLICY for comments of a certain strain about young Meg's physical appearance. She is an impressionable young brilliant Republican strategist! [video atHuffPost]