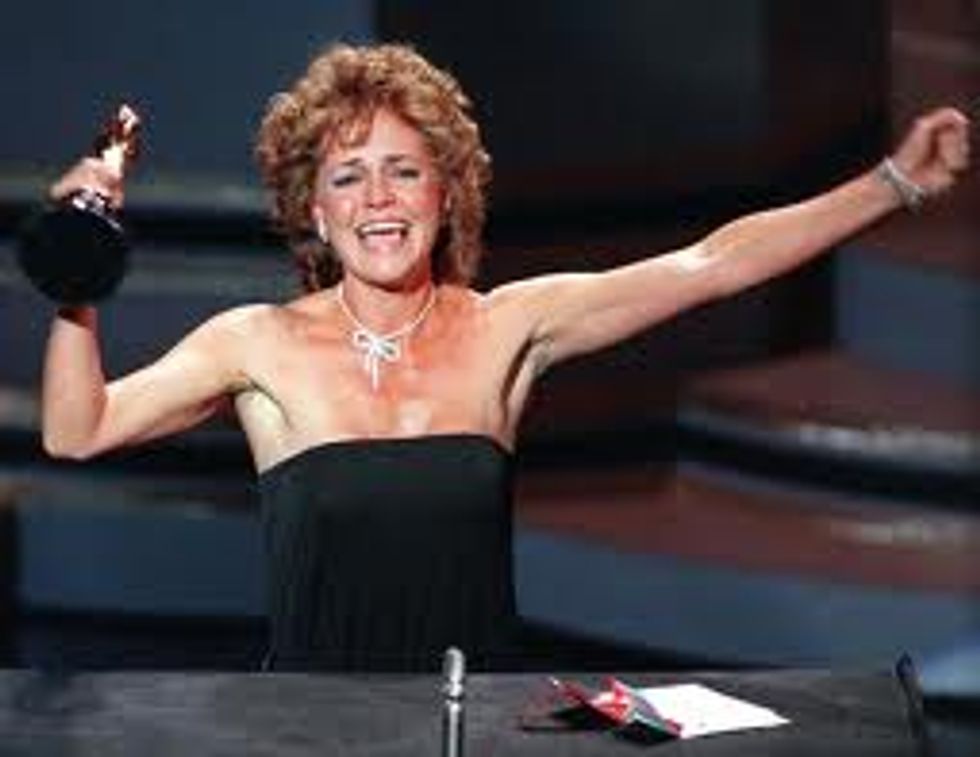 You guys are gonna be sorry you ever said anything mean about Young Meg McCabe, for serious, because her new Playboy interview is out and she is basically the greatest political progeny ever. That's right -- even better than Amy Carter! Remember how you felt about Sarah Palin, when she was just Wonkette's GILF and hadn't yet peeled her face off to reveal the bizarro lizardoid replicant beneath? This is basically like that, except Megs opens her mouth and says stuff, and we still love it! Megs McCabe is Wonkette's new Republican girlfriend! We like you! We really like you! Five best answers to Playboy's 20 Questions, after the jump!

PLAYBOY: Conservatives are as hard on you as liberals. Right-wing blogger Dan Riehl sniped that “this self-indulgent set of mega-breasts doesn’t belong anywhere near a TV studio commenting on anything.”

MCCAIN: Who says stuff like that? Some guys out there just can’t handle a woman with a strong opinion. And the quickest way to cut down a woman is to talk about her appearance. Do I care? No. Every guy I’ve ever dated and every boyfriend I’ve ever had—nobody ever complained about my body. And there are way more important things for me to do than obsess about my weight. We have an election going on, people!

PLAYBOY: Do you have any tips for the offspring of campaigners on the election trail?

MCCAIN: Get sleep, be nice and shut up. I wasn’t always a peach to be around. I could have been nicer to the Secret Service and some staffers, and I voiced my opinion way too much. It’s really stressful, though. The day before Election Day, I almost overdosed on Xanax. I had gained a lot of weight. I went up four sizes thanks to Starbucks and Snickers. Obamamania was at its height. I ended up going to Sedona with my girlfriends. All we did was play Rock Band for days and days and eat and sleep and hang out in bed watching TV. I was done.

PLAYBOY: Say a little more about the hanging-out-in-bed-with-girlfriends part.

MCCAIN: Watch it, mister. My friends from home came over to support me, and we got in my parents’ big bed. They have this huge California king and we just stayed up eating ice cream. I’m not a lesbian, if that’s what you’re asking. I’d be the first person to tell the world I was gay. I’m not private about anything. I think you should live how you should live. But I’m strictly dickly. I can’t help it. I love sex and I love men.

PLAYBOY: So we shouldn’t read anything into your vocal support of same-sex marriage and the repeal of “don’t ask, don’t tell” or how much you love Rachel Maddow and hang out with Tila Tequila?

MCCAIN: Honey, you’re nobody unless you have a gay rumor about you. I’ve been hit on by women from time to time, and it might simplify my life if I were gay, but no. Rachel and Tila are just great people. For me, it’s an issue of civil rights. Who people want to sleep with and who they want to love should not have anything to do with government politics at all. And if you see me in a gay bar, it’s only because they play the best music and my gay friends like to dance. Gay guys love me. It’s the big boobs and blonde hair.

PLAYBOY: Bristol Palin took shots at you and your mom in her memoir, saying, “I’ve never seen people with so much Louis Vuitton luggage, so many cell phones, and so many constant helpers to do hair and makeup.” What would you say if you bumped into her?

MCCAIN: I did bump into her at the White House Correspondents’ Dinner, actually. I saw her across the room. That girl biffed it fast, totally took off. All that stuff she wrote was a total lie. I have, like, one Louis Vuitton purse. She’s just young and confused and was thrust into all this. The media aren’t kind to her. But once someone signs up for Dancing With the Stars, it’s hard to sympathize.

Don't worry, Megs also says some stupid stuff about having a hard-on for Chris Christie and how much greater the world would be with her dad as president, but c'mon, he's her dad, cut her some slack. Besides, it's going to be hard for her when Rush seizes her as Number Five Wife. So throw back a shot for Lil Megsy there and wish her well during her coming Unpleasantness. [Playboy]