Meghan McCain Will Defend You In Her Experimental Blog Novel, Joe Lieberman! 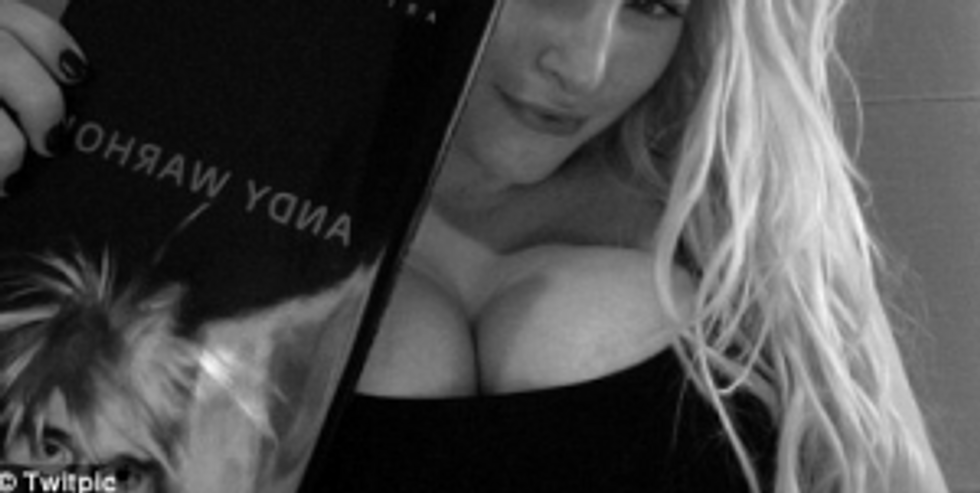 Now Meghan McCain is going to defend Joe Lieberman! No do not groan, this will be great! You know, at some point, someone will presumably let Meghan McCain in on the Meghan McCain "in-joke." This will be a very sad day. Exhibit A, from beautiful, young Meg's Daily Beast column: "I find it especially ironic that most of those who criticize Senator Lieberman more often than not have never run for elected office. But as the old saying goes, those that can’t do, criticize." This is like... the rhetorical equivalent of an MC Escher drawing done in lipstick.

First Daughter, First Love. Chapter 18, Megsy's Soliloquy, or "Outside Box Thinking in the Media for Young Bipartisan Conservatives Like Joe Lieberman and Me. Me, Meghan McCain. Me":

Let’s face it, it’s easy to preach to the converted and many people have mastered the art of the negative sound bite. If I want to hear the liberal bias, I will turn on MSNBC. If I want to hear conservative dogma, I will turn on Fox. But where do people go to listen to the Joe Liebermans of the world? Where can we hear voices that dare to cross party lines, think outside the box, and say what they truly believe? If this country wants to simply be a place of extreme partisan politics, I think we are well on our way. If people like Senator Lieberman are treated with such disrespect for daring to be true to their political beliefs, there will really be no hope for independent thinkers of my generation to be inspired to join the political process.

And for the record, Senator Lieberman is now an even greater source of inspiration and comfort to me in politics.