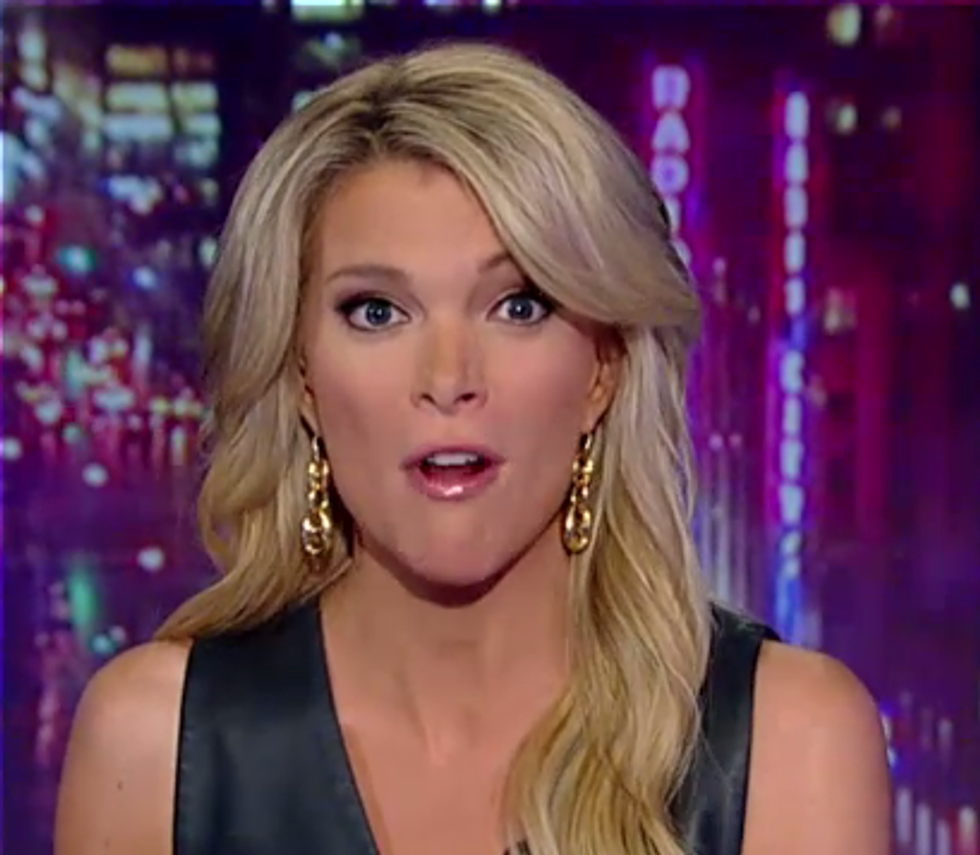 [Fox News chairman Roger] Ailes offered Trump the chance to do a special on Kelly’s prime-time show to clear the air — an offer Trump flatly refused. “Donald was sufficiently pissed off that there was no way that was happening,” a person familiar with the call told me. According to the source, Trump’s ire was especially stoked after Howard Stern called to tell him about a 2010 interview in which Kelly joked about her breasts and her husband’s penis.

Hold the phone, shut the front door, and WHAT?!?! Kelly joked about sex parts five years ago? And now she's pretending Donald Trump said a sexism, when obviously, that is UNPOSSIBLE if Kelly said a sexism one time too, and also Howard Stern, because of course Howard Stern? Let's go to the tape, courtesy of (oh Jesus Christ) Newsmax:

In a 2010 interview, the Fox News star laughed with glee as Stern talked about her breasts.

"We used to call them 'Killer B's' then when I got pregnant they became 'Swimmin' C's' and Doug was frolicking in the ocean," Kelly said of her husband, author Douglas Brunt.

Stern asked whether she would have considered not marrying Brunt if his penis had been small.

"I reject the hypotheticals. There's no issues there," Kelly said, laughing. "I've never had to choose. Let's put it that way."

She also talked about having sex with Brunt even while she was pregnant – into the third trimester.

Oh, Megyn Kelly, you done been busted. Talking -- and laughing! gleefully!!! -- about your husband's big honkin' funstick, and how you would put it inside of your poontang, EVEN WHILE YOU WERE PREGNANT, and maybe risk poking your unborned baby's little fontanelle with it! Shock! GASP!

This proves beyond a reasonable doubt, in the court of public opinion in some far corners of the dark web intertubes, that it is Megyn Kelly who is guilty of doing the sexism, and Donald Trump is an innocent victim, wrongly persecuted for the crime of cherishing women too much, unless they are fat pig lesbians, but that's different. Shut up, IT'S DIFFERENT. Apologize, Kelly, you loser, apologize NOW. Or else Donald Trump will keep whining until he wins.