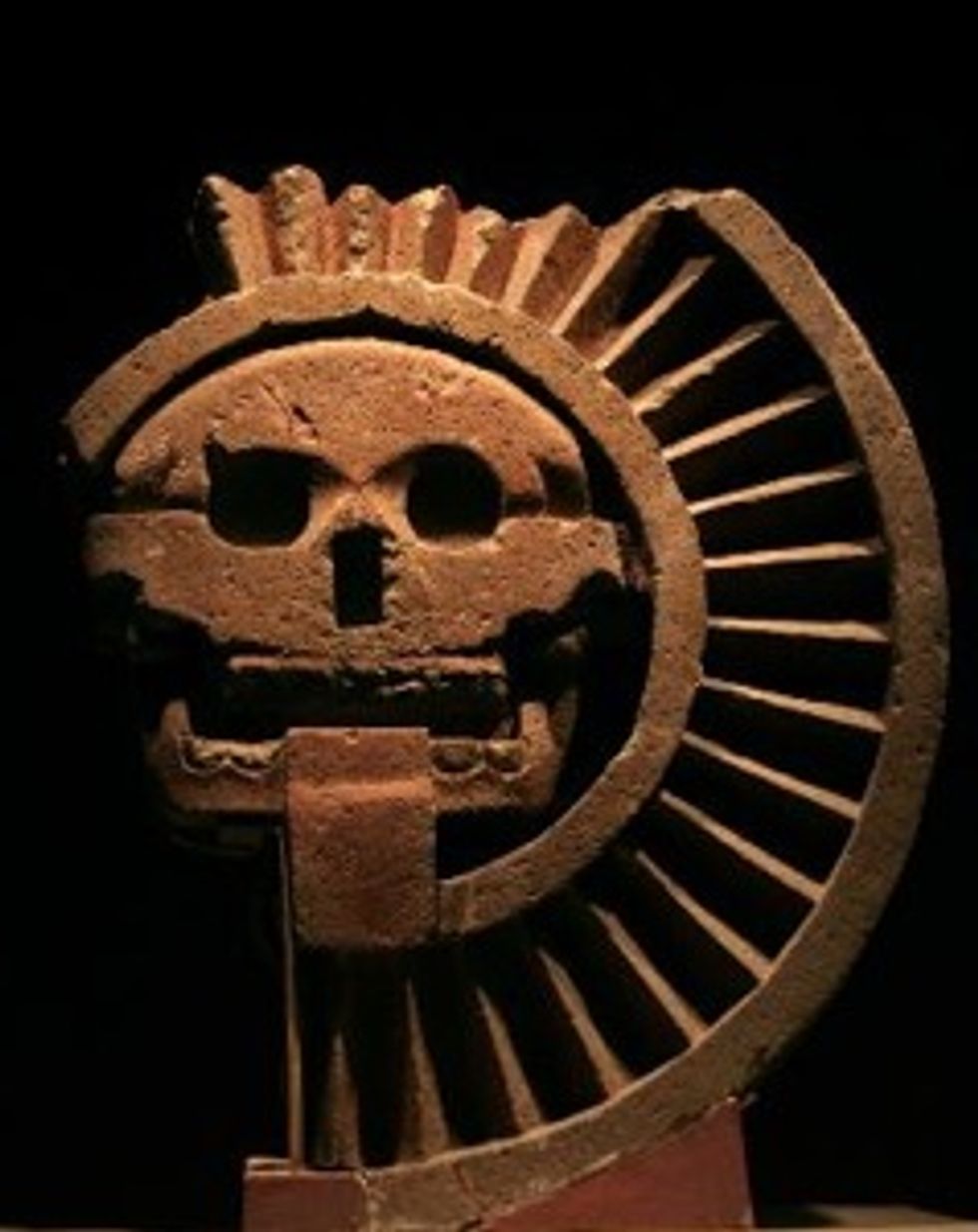 Here's some terrifying news: While the U.S. media was focused on the very important subject of some fat wingnuts having teabagging protests in America, President Barack Obama was headed to Mexico -- and on the night of April 16, he attended a fancy dinner at Mexico City's famousMuseo Nacional de Antropología, where noted archeologist and museum director Felipe Solís Olguín showed the U.S. president around, and they presumably shook hands and talked, without the protection of surgical masks. A few days later, Solís was dead of pneumonia.

There are various news reports from Mexico (and Spain) about this meeting, and due to the eccentricities of Google's text translator and your editor's limited Spanish abilities, here's a relevant paragraph from one of the only English-language articles we've found, from Bloomberg:

The first case was seen in Mexico on April 13. The outbreak coincided with the President Barack Obama’s trip to Mexico City on April 16. Obama was received at Mexico’s anthropology museum in Mexico City by Felipe Solis, a distinguished archeologist who died the following day from symptoms similar to flu, Reforma newspaper reported. The newspaper didn’t confirm if Solis had swine flu or not.

Here is the obituary for Felipe Solís, in Spanish.

The famous museum is now closed to the public, like most public attractions in Mexico City.

As for Obama, after meeting Solís on the same night he met and praised the works of Colombian author Gabriel Garcia Marquez, he headed off to the Summit of the Americas in Trinidad and Tobago. And that's where, among other things, Obama shook hands with Venezuelan President Hugo Chavez -- which was, of course, an OUTRAGE against Democracy, according to U.S. wingnuts. (He was supposed to give Chavez a wedgie.)

But this can now be seen in a whole new crazy light, if you are crazy. Maybe Obama secretly assassinated Chavez with the swine flu! Meanwhile, the actual outbreak is moving to horror mode.