Michael Avenatti Is Back! Did You Miss Him? 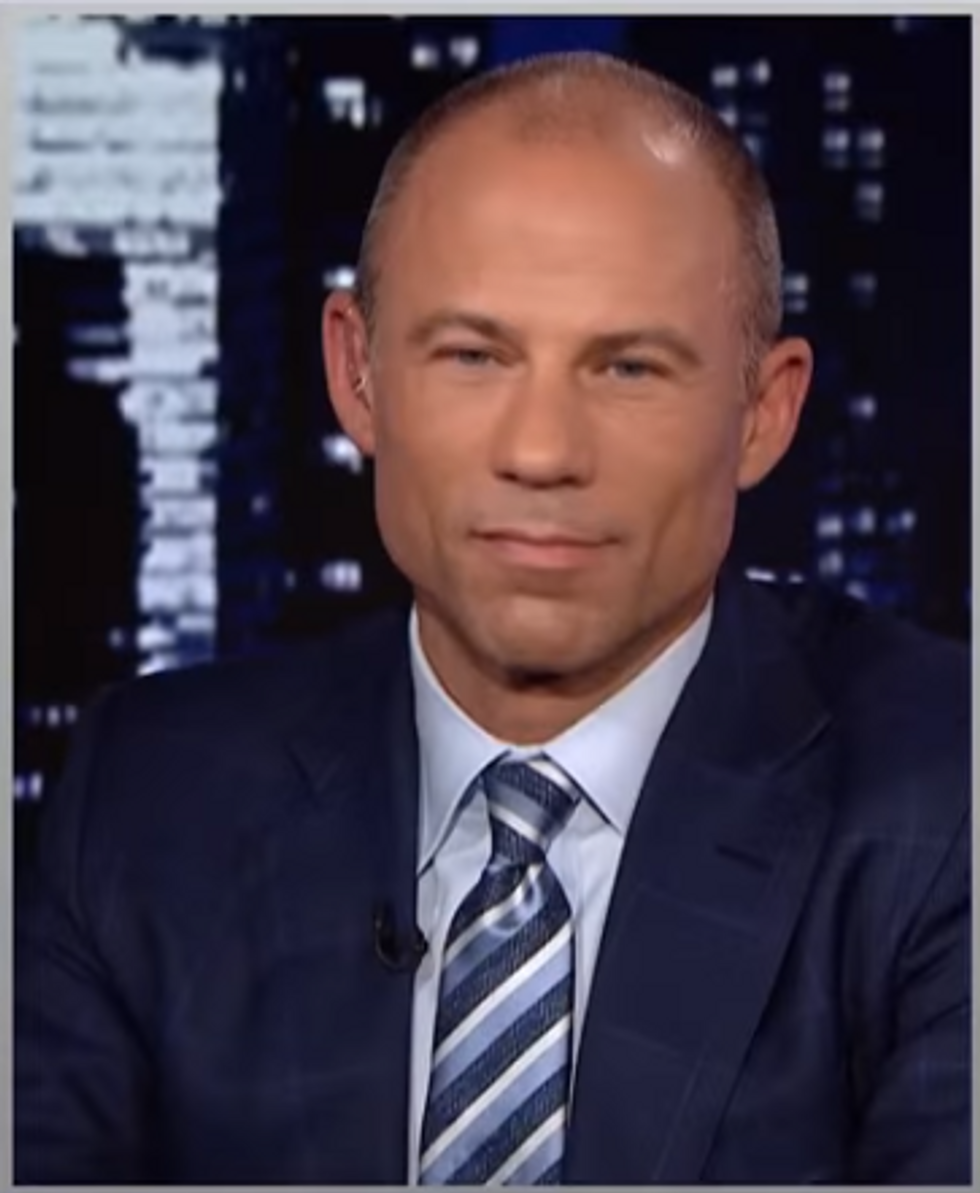 Hold on to your hats, kids, because it's breaking-thirty again!

Mr. Davidson abdicated his role as an advocate and fiduciary of his client Ms. Clifford and instead elected to be a puppet for Mr. Cohen and Mr. Trump in order to advance their interests at the expense of Ms. Clifford.

Avenatti claims that Davidson breached attorney-client confidentiality and failed to faithfully represent Daniels in the hush-money agreement over her 2006 affair with Donald Trump. And you know Your Boyfriend always brings receipts!

Oh, lookie here! It's Michael Cohen booking Daniels to go on Sean Hannity's Hour of Real Journalism With Absolutely No Undisclosed Conflicts Whatsoever back on January 17, 2017, after In Touch said they were going to publish an old interview with Daniels describing that time when she bumped bits with Donald Trump. At 4:30 that afternoon, Cohen insisted that she had to appear that very evening to deny the affair.

This is no good. We need her as by doing tomorrow you just create another news cycle instead of putting an end to this one[.]

An hour later, he relented, arguing that it would be better to let Hannity spend 24 hours hyping Daniels's appearance.

Let's forget tonight. They would rather tomorrow so they can promote the heck out of the show[.]

But by 7:50, Cohen had changed his mind entirely after kibitzing with "the wise men."

Keith, The wise men all believe the story is dying and don't think it's smart for her to do any interviews. Let her do her thing but no interviews at all with anyone[.]

UH HUH. And who might these "wise men" be? Well, if you believe Avenatti, Cohen consulted with Donald Trump himself. Which makes Trump's repeated denials that he knew about the hush money payoff look somewhat less than truthful. Guess we'll find out if the court orders Cohen to turn over those recordings he made of conversations with his "pal" Keith!

Also, too, HAI SEAN HANNITY! Congratulations on your upcoming deposition with Michael Avenatti. We hear he's a BIG FAN of yours! No wonder he's been angling to get on your show for months.

Hey @foxnews - instead of having your pathetic surrogates attack me and my client without us present, why don't you instruct your No. 1 guy @seanhannity to stop dodging me and debate me on his show? Why are you avoiding this? #basta
— Michael Avenatti (@MichaelAvenatti) May 8, 2018

But back to Davidson, who may be in a wee spot of ethical bother. The complaint alleges,

In late February 2018, Mr. Davidson became aware that Ms. Clifford was changing counsel and was preparing to publicly disclose her relationship with Mr. Trump. Despite his ongoing duty of loyalty to Ms. Clifford, including the obligation to maintain client confidences, Mr. Davidson secretly tipped Mr. Cohen off to Ms. Clifford's plans.

Avenatti also accuses Davidson of planting this story in the Wall Street Journal last week accusing Daniels of "slowing down the FBI" by refusing to waive attorney-client privilege for documents pertaining to her case that got swept up in the raid of Michael Cohen's office. Which is ... not how attorneys are supposed to behave toward former clients.

OOOOPSIE IF TRUE! Moreover, Davidson is refusing to give Daniels all the records in her file -- the entire file is client property, and she is entitled to copies of any information pertaining to her case -- so Mr. Avenatti would like the court to force Davidson to hand over every text, email, and iMessage he had with Michael Cohen.

And Wonkers, y'all GET TO THREADIN'! 'Cause it is 5 o'clock, and your Wonkette is outie!