Michael Brown, Hopped Up On Marijuana And Rap Lyrics, Charged Cop Like A Very Stoned Bull 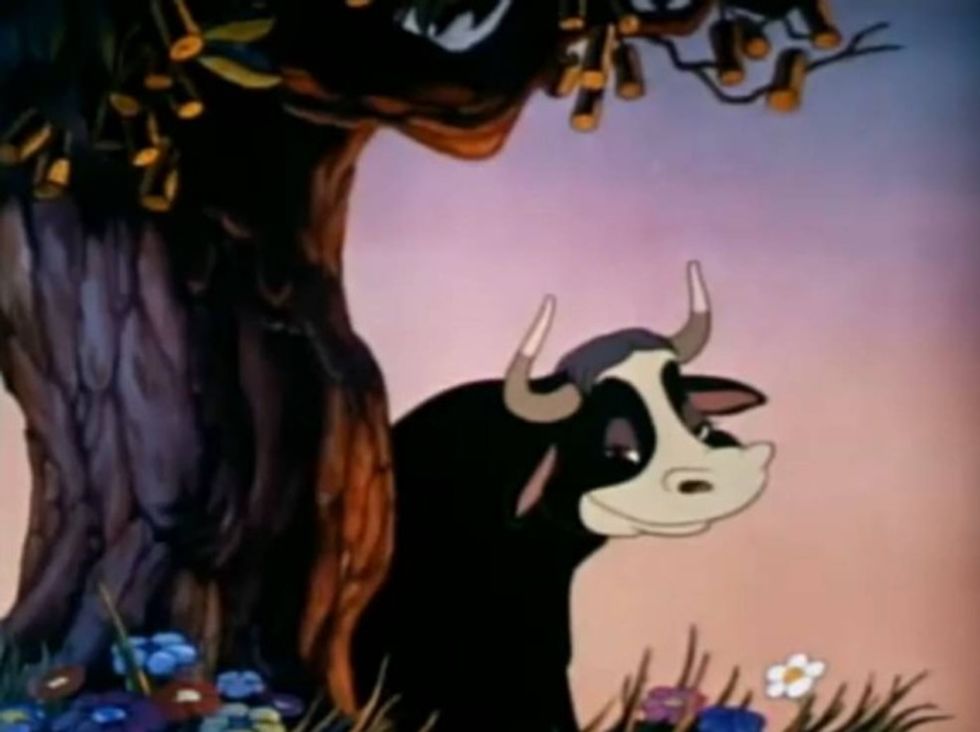 The St Louis County Medical Examiner's autopsyfound marijuana in Michael Brown's system, and just to be clear that Brown had the mind of a killer, David Horowitz's Internet Tendency explained that Brown was undoubtedly a thug, because he wrote violent rap lyrics, a point which obviously needs to be explored in additional detail.

In a press conference this morning, former New York Medical Examiner Dr. Michael Baden and Professor Shawn Parcells, who both performed a second autopsy at the request of the Brown family, said that Brown had been shot at least six times, with all the shots entering from the front. Two additional wounds appear to have resulted from bullets re-entering Brown's body, and the experts both said that their results were preliminary, and would have to be correlated with the first autopsy. Also, since police did not release Brown's clothing to be tested for powder residue, it isn't yet possible to determine at what distance Brown was shot. Here's video of the press conference; Baden and Parcells begin talking around the 12 minute mark.

The doctors said Brown could have survived all the shots, except the final shot to his head.

Asked about the wound to the top of Brown's head, Baden told the New York Times yesterday,

“This one here looks like his head was bent downward,” he said, indicating a wound at the top of Brown’s head. “It can be because he’s giving up, or because he’s charging forward at the officer.”

Happily, you don't need to worry about that troublesome "or," because the Stupidest Man on the Internet has sussed it all out for you; shortly after the press conference, Jim Hoft tweeted,

It sure is a relief to know that Jim Hoft, Medical Examiner, is on the case. There is only one possible interpretation of a gunshot to the top of the head, and that is charging like a bull, wearing flip-flops, after having taken five other gunshots. Hoft also posted a clever headline saying "Autopsy SHOOTS HOLES in Eyewitness Testimony: Victim Michael Brown WAS NOT Shot in Back," although as Professor Parcells noted, one of the wounds to Brown's arm may have been consistent with eyewitness testimony that Brown suddenly jerked around at one of the shots -- and since arms are moveable, his arm could have been in several different positions. So no, the eyewitness testimony has not been left lying in the street in a pool of blood, either.

But let's not forget that Brown was also a writer of violent rap songs, who also liked the marijuana, say wingnuts. David Horowitz's FrontPage magazine featured an article focusing on the rap lyrics Brown had written, calling him a "criminal and a thug." The article was careful to point out that the songs in themselves don't prove that Brown needed to be shot, but that they help to prove that he needed to be shot:

"The fact that Brown liked performing thug music obviously doesn’t by itself make him a thug, but it does provide insight into his state of mind," the site said. "The same can be said for the photographs that have surfaced of Brown posing like a tough guy, making gestures with his hands that some say are gang signs."

WorldNetDaily also explained that Brown's theft of cigars, plus his mention of marijuana in his songs, strongly suggests that Michael Brown was a dangerous potte-Hedde. Cigarillos, of course, are "widely known to be used by marijuana smokers, who roll their own blunts by replacing the cigarillos’ tobacco with pot" after all, which we suppose is as much proof as you need to show that he was out of control. Plus, you know, the being black.

So, to sum up: Michael Brown was shot six times, and could have survived any of the wounds except the very last one, which went right into the top of his head. And he was charging like a bull in a fury of rap and marijuana, maybe.